Adelaide to Santiago - Sharing mission experiences across the Pacific 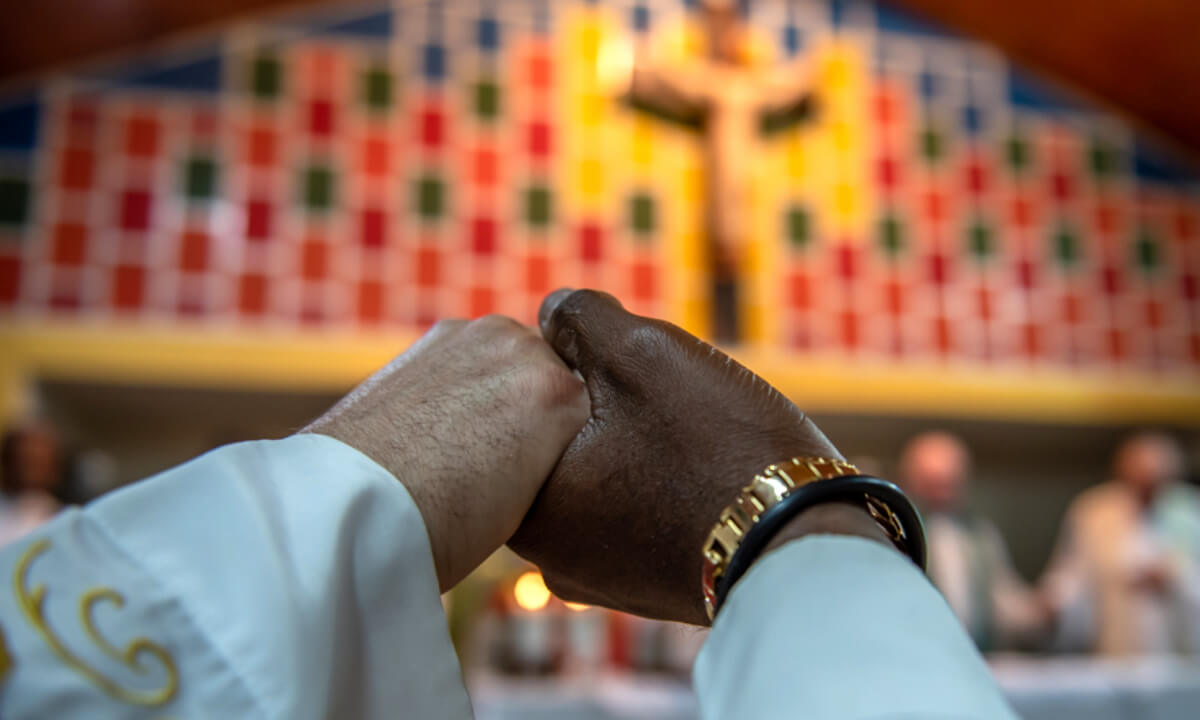 On Saturday morning, May 07, 2022, in Australia, which was Friday night, May 06 in Chile, a special connection was made across the Pacific Ocean between Adelaide, Australia and Santiago, Chile.

Annette Heinemann is the Director of the Ministry Formation Program and Chaplaincy for the Archdiocese of Adelaide. She had worked with Columban Fr Dan Harding on several projects when he spent two and a half years doing Columban promotion in that Archdiocese.

After finishing his time in Adelaide in mid-2017, Fr Dan returned to his ministry in Chile. He became parish priest of San Columbano parish in Santiago and helped set up the Columban Migrant Ministry in Chile.

When Fr Dan returned for holidays to Australia in January 2020, he visited the Adelaide Archdiocese, where he met up once again with Annette. It was then that Annette suggested to Fr Dan the idea of a webinar via zoom video link between Annette's 30 plus ministry and chaplaincy students in Adelaide with the parish of San Columbano, the Columban Mission Centre and Columban Migrant Ministry in Santiago, Chile.

The webinar's theme was to be, "On being a Missionary Church".

As Fr. Dan was forced to remain a further two years in Australia due to the Pandemic, this cross-Pacific Ocean, Santiago-Adelaide webinar encounter did not occur until May 2022. Fr. Dan had finally returned to Chile in February 2022. Before the webinar, Annette's students were provided with several articles to read on the Latin America Church and the Ecclesia Assembly, the example of a local church in Santiago, reaching out to the local community and the migrant crisis in Chile.

Fr Dan began the webinar, presenting the context of mission in Chile and following Pope Francis, the importance of the Church going out, listening, relating to the broader society, and being a Field Hospital for the broken and poor.

After this introduction, the webinar was divided into three modules. Fr Dan did the translations between Spanish and English.

The concrete missionary example of one of the churches in San Columbano parish called Monseñor Enrique Alvear Church. It is named after a Chilean bishop known as the Bishop of the poor. This church community has made a special effort to reach out and engage with the local, wider, non-Church community by offering space to the local public medical centre to attend the public, to the local municipal council to offer different job skills training courses for the unemployed, to the local scout group, and many homeless migrant families by offering them accommodation in the church area itself.

This Module was presented by the Coordinator of the Church Pastoral Council, Richard Sepulveda, and the parish Social Worker, Tina Mogada. There was a time for questions and comments at the end of the session. The students were challenged to consider how Australian parishes could become more missionary and engage more with issues of local importance.

Following a short break, Adriana Curaqueo, the Coordinator of the Columban Mission Centre in Chile, presented the response of the Chilean Church, including the Columbans, to the crucial issues of Climate Change, Global Warming and the loss of biodiversity, all as part of the commitment to taking care of God's creation. Likewise, there was time for questions and comments at the end of the session. The students were challenged to consider the responses of the Australian Church and parishes to the care of God's Creation.

Following a short break, Javier Núñez, the Coordinator of the Columban Migrant Ministry in Chile, presented the response of the Chilean Church and the Columbans in particular, to the enormous humanitarian crisis in Chile and Latin America in general, with the collapse of Venezuela and the exodus of 20% of the population (6 to 7 million people) to neighbouring countries. Javier is a Venezuelan migrant himself.

He is also the administrator of the Columban Migrant House in San Columbano parish, where over 100 homeless migrant men during the last two and a half years have been allowed to find work and rented accommodation in Santiago. A period of questions and comments followed Javier's presentation. Once again, the students were challenged to consider their response and the response of their parishes and the Australian Church in general to the issue of migrants and refugees. 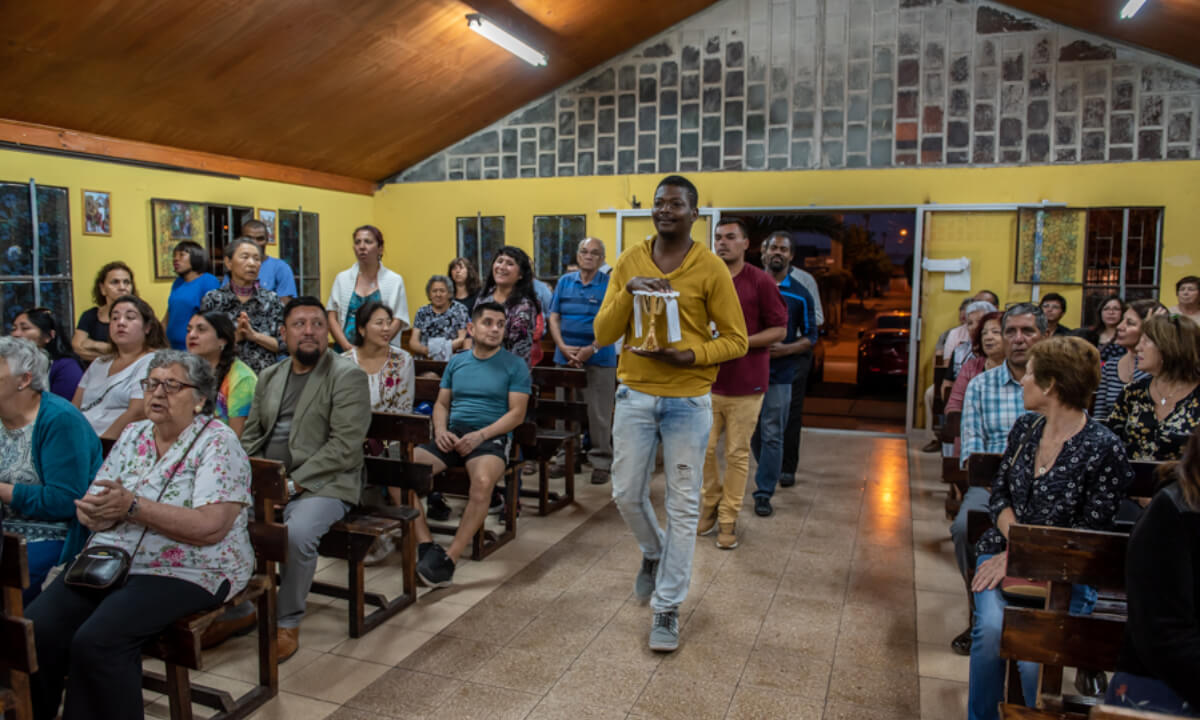 Migrants presenting the offerings at the inauguration and blessing of the San Columbano Shelter House and the Migrant Hall. Photo: Columbans Chile

In conclusion, this webinar was quite a success, with a lot of interaction, many positive comments and profound reflections that managed to cross both the Spanish/English language barrier and the geographical distance across the Pacific Ocean. This webinar was a part of the overall course content and evaluation. It would include a written reflection by the students on the different aspects of the missionary church in Santiago, Chile, that were presented to them and how these could apply or be adapted to the Australian Church.

The students in Adelaide were left to reflect on what they could take away, adapt, and apply in their ministries, parishes, and the local Australian Church. Hopefully, this will be the beginning of many similar webinars with similar groups around the Columban world.