A Week of Prayer

Columban Regional Director of Oceania, Fr Trevor Trotter shares his experience of participating in the second assembly of the Fifth Plenary Council of Australia. 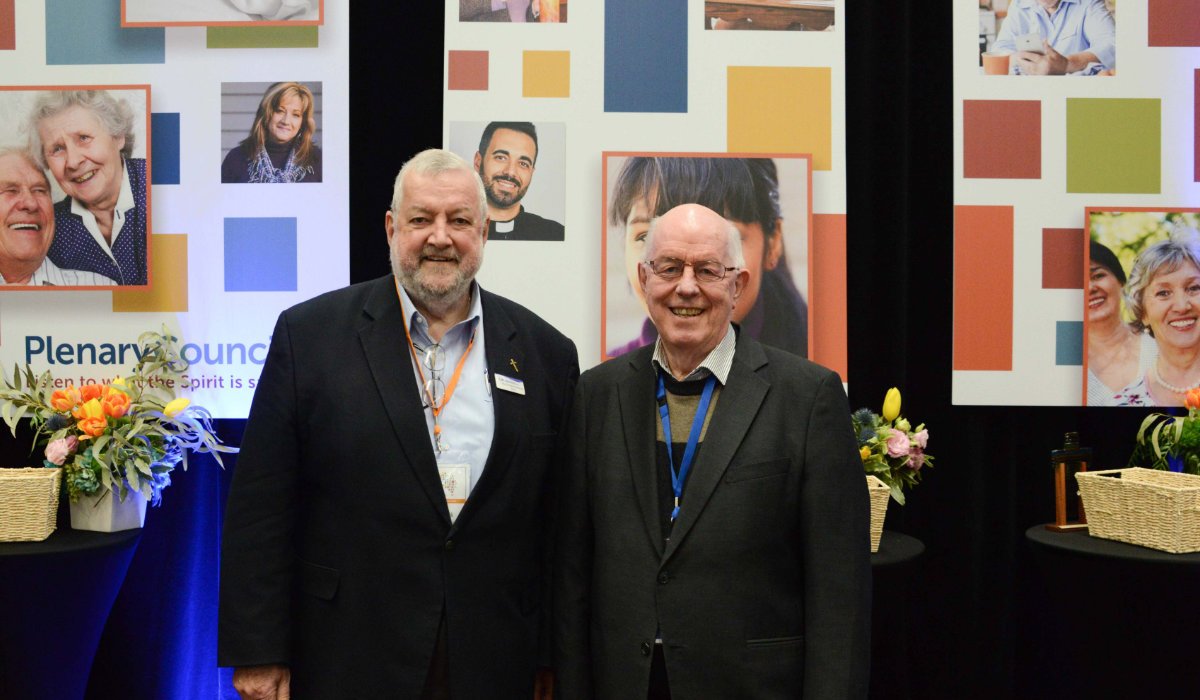 It is Sunday after the Second Assembly of the Plenary Council meeting, which finished just yesterday.

Ever since I got involved in the four year process of this synodal journey, I have been wondering why I have felt disoriented. We had an extensive survey which was understandable, but when we came to the First Assembly, I struggled to name what was happening. It was not a theological conference or just an exercise in ecclesiastical politics, although there was a lot of politicking. This morning I realised that this last week had been a week of prayer like no other.

What did we do for the week?

After the welcome to the country each day, we had morning prayer, then Lectio Divina to get us "centred". This was followed by five minutes of silence as we prayed over the text. This included a preparatory statement followed by motions on the eight parts of the "Framework". We had table sharings of what struck us in the two readings of the election, and then we also shared what we heard from the group as a whole. It was not a case of just gathering together what each person had said but what was the overall message of the group. The whole is more than the sum of the parts. Each motion or amendment went through a similar process.

This was all going well until morning tea on Wednesday. On Tuesday afternoon, we worked on the topic "Witnessing to the Equal Dignity of Man and Woman". The Assembly discussed two motions. The first was on the Introduction to this part. It achieved support from the consultative voters (all in the Assembly, not Bishops) but not from the deliberative voters (the Bishops). The second one was on women and ministries, and it did not achieve the required two-thirds from either the consultative voters or the deliberative votes. When the results were announced, the room was in total silence.

As we went out for coffee, the anger was rising. When it was time to begin the next session, a large group of women and many men refused to come to the tables. They stood at the back of the room in protest, with one woman speaking to explain what was happening. The tension was palpable. The steering committee, which Bishop Shane Mackinlay led, had also met during the morning tea break. He proposed a way forward that led to a new introduction being prepared on the "Equal Dignity of Man and Woman". The Assembly approved this on Friday. This time, both the consultative and the deliberative votes were very clearly supportive of the document.

If you wish to see all the motions and the numbers, use this link and scroll to the bottom of the page for more links.

There has been much commentary on all of this, which there should be. The whole Plenary Council has been a historic event in the Church in Australia. This protest, plus the acceptance of the protest by the Assembly and the acceptance of a way forward together by the Assembly, which eventually led to the final position of the deliberative voters on the final document, was a great experience of the Holy Spirit at work. This was a prayer experience.

Sometimes we listened but did not hear the Spirit. Why not?

Sometimes we were deaf to the Spirit. Other times it was because we heard bias, fixed ideology and vocalisation of various ".isms" that we all carry. These "spirits" lead us away from God, which is why St Ignatius said they are 'evil spirits'. Our prayer, in which we are close to God, helps us grow in discerning such movements within ourselves. This is necessary for all of us in our lives. This week was indeed a week of prayer. It has taught me a lot about discerning the work of the Holy Spirit of God in the Church and life.

The plenary council process continues to the Implementation Phase. May our prayer be confident because we believe that Christ is Immanuel, God with us.