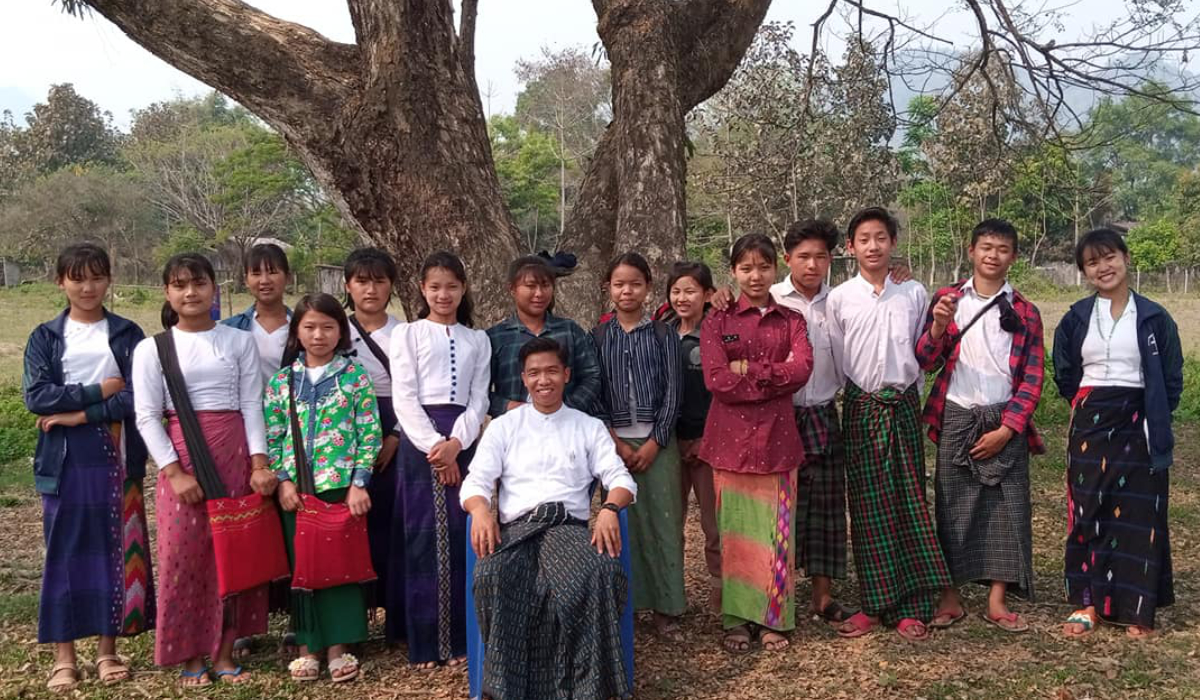 “Wajau ngai hpe hkan ya rit.” Father come and follow me. This is a short way to the top!” It was a rainy day. The road was muddy and steep. A crowd of people were rushing to reach the peak of the Cross Mountain. All that time Zawng Dau stayed with me pushing and pulling me up each time I slip or get stuck in the mud. It was the Solemnity of the Most Holy Cross. Zawng Dau is one of the participants of the first Student Leadership Camp that the Catholic Student Action Myitkyina (CSAM) facilitated in 2019. The camp features inputs on leadership, effective communication, self-awareness, Catholic Social Teachings, and the pastoral circle method commonly known as the “Review of Life” (See-Judge-Act) methodology.

Right after the coup, many young filled the streets of the major cities and spread to the towns to protest. It was a strange sight for a country that has been silenced for a long time under a military regime. The coup went on for days, weeks, and months. Eventually, many young people became revolutionary soldiers and joined the “Peoples’ Defense Force” or PDF in short. But not all some also became revolutionary teachers. 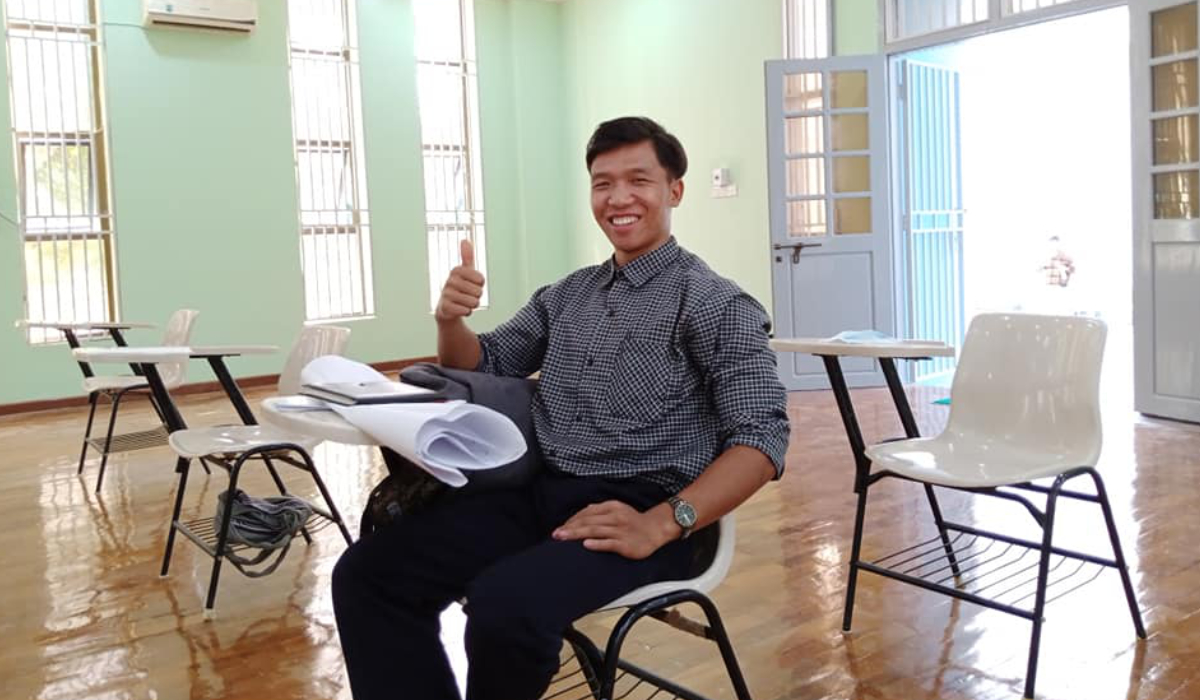 What did you learn from being a member of the Catholic Student Action Myitkyina (CSAM)?

Zawng Dau shared that “I got the key from CSAM to open to the world. Last year I learned key competencies like public speaking and leadership skills from the camp. Public speaking is beneficial for me. Now I can speak in front of people, even in the Church and before many people. Leadership is also important because now I can lead many students and my people. When I was young, I was afraid to speak with my teachers or any authority. I always think that my education and experience are insufficient and that I come from a poor village. Now I am a teacher and a lifetime student. That is how I see myself now. I am not afraid to speak English, even if I make mistakes. And I will never forget the different activities we did together in CSAM.”

Zawng Dau’s full name is John Vianney Zawng Daung. He was born in Kachin State at Sumpra Bum, and then they moved to another village, Ga RaYang Village in Waimaw Township. He attended primary school at Ga Ya Yang from Grade 1 to 5. But he moved again to Shan State with his mother, who is from the Shan ethnic tribe. He grew up mostly with his mother since his mother separated his Kachin father later in life. It became very difficult for his mother to support them. But his mother tried to provide for all their needs. His mother was able to send him to the University of Myitkyina, where he studied and majored in Psychology. He wants to become a politician and a writer in the future. He hopes there will be peace in the country so he can pursue his study of Psychology and Developmental Child Psychology. He also wants to be a doctor for his poor village. 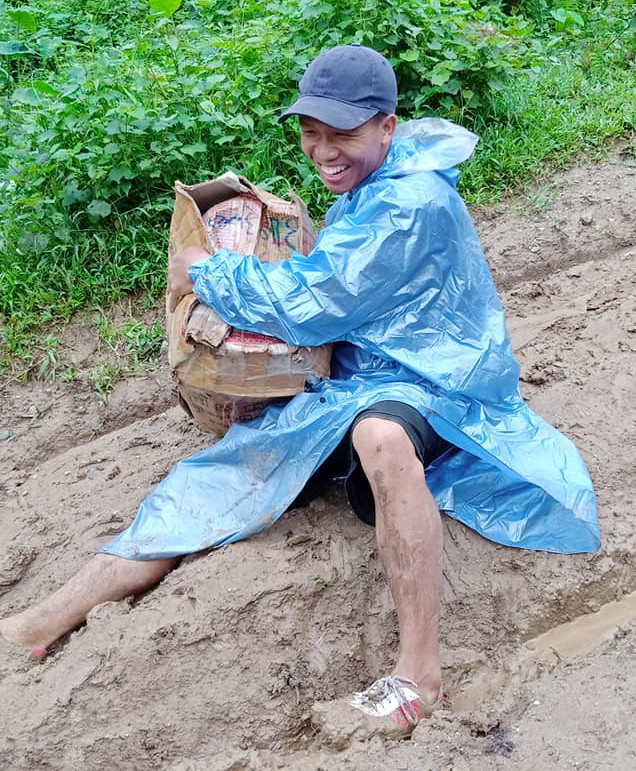 These days he is a volunteer teacher at the Injangyang Township Jubilee Village. They are going to open a Roman Catholic boarding school which has now 13 students. He is also the boarding school master and teaches business and primary English. The village is quite remote, far from the parish church of Njanyang. It can take about 4 hours to reach the village across the Mali Hka river during the rainy season. The roads are very bad and to reach the village you need to cross the river by boat. Last year three individuals died crossing the river.

In one of the Facebook posts, he shared that like many young people he also wants to complete his studies, pursue and learn computers and English, and get a good-paying job to earn money. But he remembers the children in the village who run in the rain without umbrellas or wearing hole-filled shoes. On winter days many of the children will have black lips from the cold because they have no warm clothes or sweaters to wear. In the village, there is no internet or mobile connection, good food and money. For him, the future of children is more important than anything else.

When he looks at the children, he remembers the time when he was a kid like them, running freely in the village. Before he left his own home his mother gave him some money. He used this money to buy snacks and school materials for his students. He also told his mother not to worry about him. He enjoys fishing every day. He remembered to thank all the parents, teachers and friends who supported him. He added that he will forever remember the pure hearts and sweet smiles of the children. He said that we can join the revolution by sharing our knowledge without shooting a single gun.

In May this year, he had a chance to come to Myitkyina. I met up with him to check on him and gave him some money to buy books and other school supplies for his students. Mr. Zawng Dau is now back in the village probably playing around with the kids and teaching them the ABCs.