The Cry of People in Ukraine, Philippines and the Catholic Church 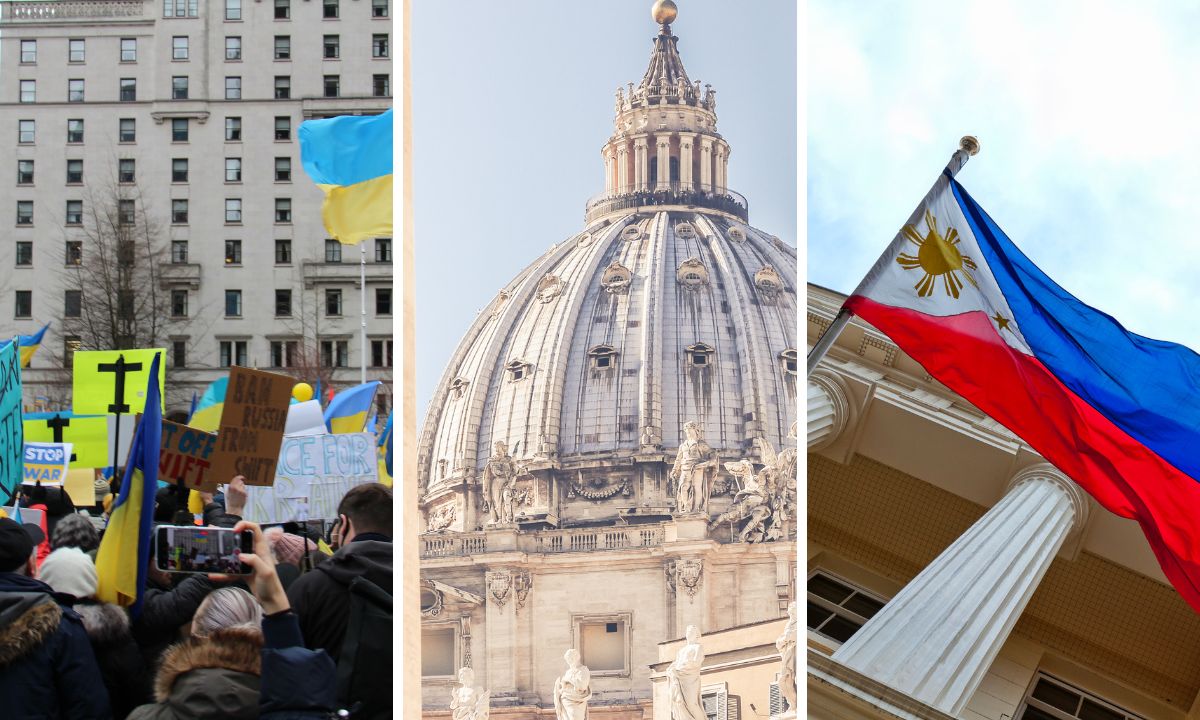 Three significant events have preoccupied my mind as I reflect on life during these last few months: the Russian invasion of Ukraine, the Philippines' elections and the Church's synodal process. There might be no apparent relationship between these three, but if we listen and discern, we can see some common denominators.

When Ukrainian president Volodymyr Zelenskyy spoke about the horrific invasion of Russia on February 24, 2022, people listened with dread as they considered the possibility of World War III. He spoke with conviction and pleaded with urgency for world leaders to help stop Putin's war against his country. It is disheartening that many people in Russia believe that the Russian military is trying to denazify Ukraine to protect people subjected to what Putin described as eight years of bullying and genocide by the Ukrainian government. Seeing how people can be brainwashed with the lies and propaganda about Putin's real intention toward Ukraine is disconcerting. Indeed, he refuses to call it an invasion or war and refers to it instead as a special military operation and a "noble" cause.

Is it even possible in this context for many Russians to truly grasp what is happening and why? Pope Francis on Ash Wednesday asked the world to pray for the people of Ukraine. Many days have passed, and there is still no clear sign of an end to this vicious attack. Instead, more innocent people are being killed, including many children and older people. At the moment, there are more than 30,000 Ukrainian refugees in Ireland. One Ukrainian lady comes to the Columban Centre in Dublin for English lessons. For sure, there will be more in the coming weeks and months. How do we reach out to them? It is a question that Columbans in Ireland need to discern an effective response to this challenge.

The presidential election in the Philippines caught much of my attention over the last few months. The outcome is crucial for all Filipinos and the rest of those who live in the country. It is high time that people listen and discern if they are serious about creating a brighter future for the Filipino people. People need to listen and discern carefully in choosing a president who does possess not only leadership skills but also one who is innately kind-hearted and caring. What saddens me is the truth that many Filipinos continue to vote according to popularity rather than genuine servant leadership. What disturbs me is that the candidate who tops the poll is the son of the former dictator, who was not only convicted for tax evasion but one who determinedly avoids attending every single one of the debates. There are thousands of people, sadly to say, including a member of my family, who support him. I do not understand why they cannot see the truth and continue to turn a blind eye to the arrogance and ignorance of this candidate.

Filipinos have to listen and discern for themselves and, more importantly, for their children's future and the generations to come. To listen to the truth is paramount and to discern is crucial.

The synodal process in the Church also calls for an intentional listening and discernment. It is high time for all Catholics to look closely at our experience of the Church and be guided by the Holy Spirit in ensuring that we are on the right path. Pope Francis has declared that synodality is what God expects of the Church in the 21st century. Synodality comes from the Greek word "synodos"; "syn" means together, and "odos" means way. But are we taking the call to this synodal process seriously? Some people I know have very little faith in the process, thinking it might just be one of those "ticking the box" moments in the Church. Some fear that the document from this process will just end up on the shelves collecting dust.

But this is a crucially important time for the Church. This is the time to truly listen and discern as we seek new ways to experience Church. In Ireland, this synodal journey has been given ample time where everyone has been encouraged to make an effort to be part of the conversation. In February and March, I had the privilege to join the Dalgan Community in a fruitful and meaningful conversation as part of this synodal process from which some significant statements were written. The following are just but some of the vital areas that were highlighted:

On the synodal path, Jesus is the model for the Way and St. Columban's motto, "To be pilgrims for Christ", strikes a synodal note for all of us. It is by listening we can achieve genuine discernment.

Angie Escarsa is a Columban lay missionary working in Ireland.