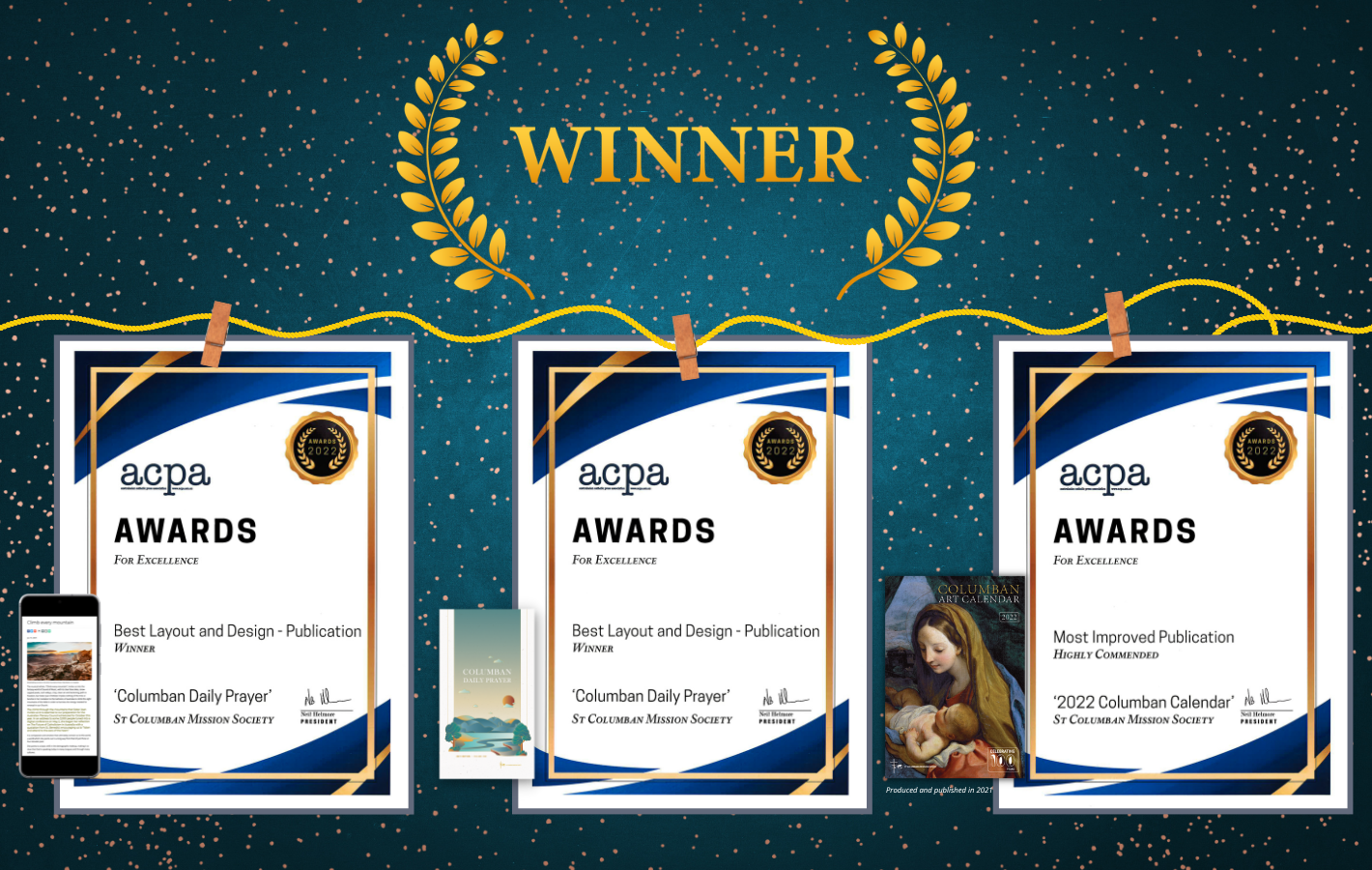 Columbans Fr Peter O'Neill and Fr Kevin O'Neill received the awards on behalf of the Columbans and co-workers.