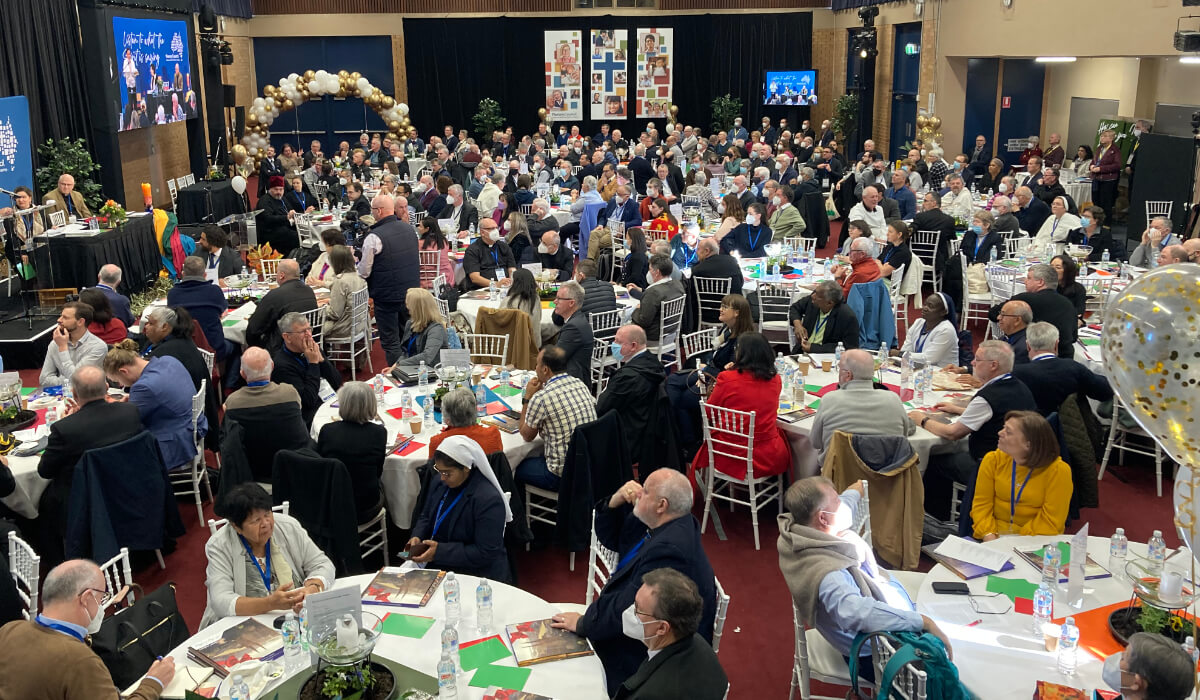 In the initial consultation for the Plenary Council in 2018-19, 17,457 submissions were received from individuals and groups representing more than 220,000 people. However, despite the Columban Centre for Christian-Muslim Relations and others making submissions on interreligious dialogue, we must have been statistically insignificant as this topic was not mentioned in the summary report published in July 2019.

This omission shocked me. I knew that in Catholic teaching, interreligious dialogue is an integral part of the church’s evangelising mission (c.f. RM 55, DP 9, 38). How could the Catholic Church in Australia be on mission in our multicultural, multi-religious society without engaging with believers from other faiths? How could we respond to Pope Francis’ repeated invitations to universal fraternity if we ignore believers from other faiths?

To remedy this omission, I volunteered for the Listening and Discerning Group, which wrote on Missionary and Evangelising and ensured that interreligious dialogue was included in that thematic paper. The issue was then carried forward in the Instrumentum Laboris (par. 161) and into the discussions of the 1st Assembly in 2021. It subsequently underwent further revisions in the writing of motions for the 2nd Assembly.

What was the final outcome? Decree 3 of the Plenary Council, Called by Christ, Sent Forth as Missionary Disciples, formally endorsed interreligious dialogue as part of the evangelising mission of the Catholic Church in Australia.

On our Catholic responsibility to build relationships of respect and compassion, the explanatory theological introduction states:

Missionary discipleship is participation in Jesus’ own mission; it is characterised by openness to encounter, hospitality and dialogue with each other, other Christians, people of faith and no faith, and with the human family for the care of our common home. (par. 7)

On the universal communion that we Catholics are to seek with all people, and on the way to achieve it, the same introduction states:

In this spirit of mission [which includes both interreligious dialogue and proclamation of God’s saving work in Christ], dioceses, eparchies, and parishes are to commit to building friendly and co-operative relationships with other Christians, communities of other religious traditions and people with no religion, and to promote and engage in the four forms of interreligious dialogue: dialogues of life, action, theological exchange, and religious experience (Pontifical Council for Inter-Religious Dialogue, Dialogue and Proclamation, n. 42). (par. 10)

To implement interreligious dialogue in the church in Australia, the Plenary Council passed with overwhelming support[1] the following two motions which form Article 3 of the Decree:

Some dioceses already have interfaith commissions. Many do not. I am delighted that last year Bishop Vincent Long (re-)established the Interfaith Commission of the Diocese of Parramatta. Although the members were not able to meet last year due to COVID restrictions, the Commission is now up and running. I will support them as much as I can, as I believe that the Commission is the best way to ensure that interfaith relations are promoted in parishes, schools and other diocesan organisations and can have enduring impact. I hope that the many dioceses indicated earlier will follow Bishop Vincent’s example.

May all Australian Catholics, individually and communally, implement the Plenary Council’s missionary commitment to fraternal/sororal relations with believers from other faiths.