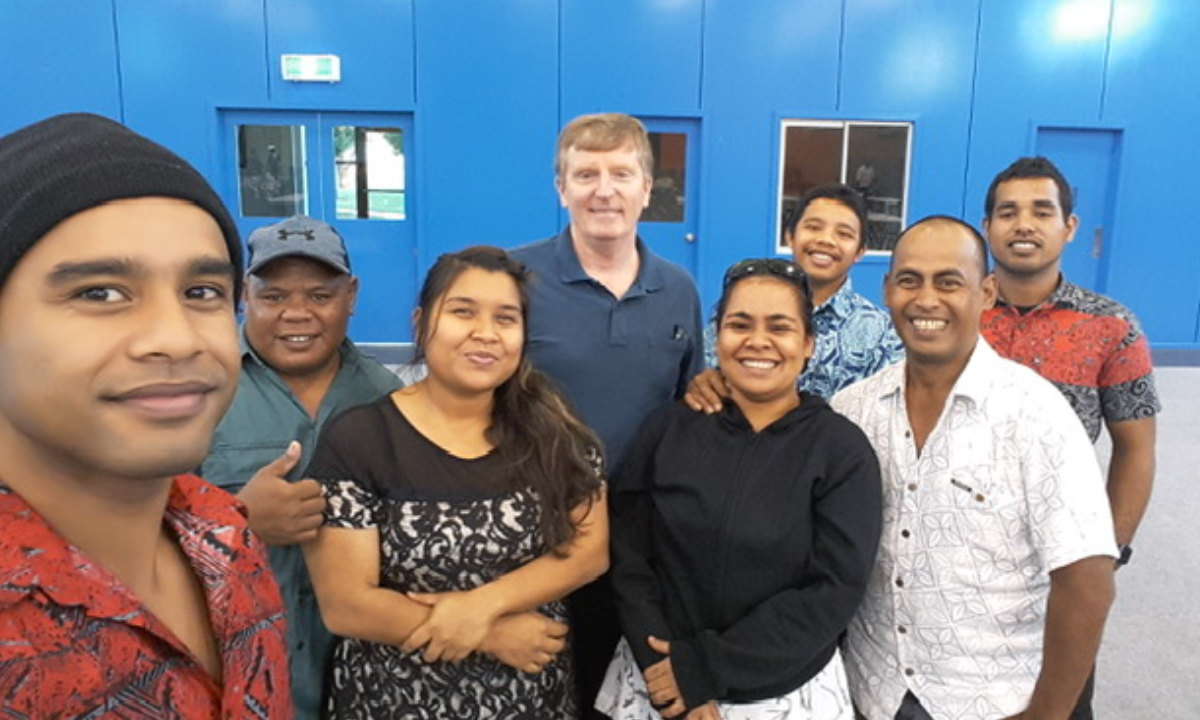 In March 2020, just prior to the first COVID lockdown in Victoria, I travelled to Mildura (8 hours northwest of Melbourne) to meet the parish priest Fr Michael McKinnon, who is now working as a Columban Associate Priest in Peru, and to join an event organised by the Australian Government’s Pacific Labour Facility. The event welcomed the new and existing seasonal workers from the Pacific into the Sunraysia community with a church service, cultural performance and dinner. I had the opportunity to meet workers from Vanuatu, Fiji, Nauru and the Solomon Islands. They all arrived in Australia on the government’s Seasonal Worker Programme (SWP) or the Pacific Labour Scheme (PLS) to work in the horticulture sector picking fruit or vegetables.

While in Mildura, I met with a group of thirty-five Timorese workers who had recently arrived in Australia on the SWP to work on a farm picking grapes. Fourteen of the workers had a 5-month visa and the other twenty-one workers had a 7-month visa. SWP workers are allowed to work in Australia for a maximum of 9-months at any one time.

During their training period of 14 hours, the workers were paid $24.36 per hour. They were then put on a piece rate of only $2.50 per box of grapes. Their Offer of Employment stated, “an ‘average competent worker’ can expect to earn $27.29 per hour as a pieceworker under a Piecework Agreement.” In order to earn this hourly rate, each worker would need to pick 11 boxes per hour. This was impossible.

In the previous year, ten of the workers had worked for the same Labour Hire Provider on the same farm and were paid a piece rate of $4.70 per box of grapes. With experience under their belt, they were able to pick 7 boxes per hour. However, the newcomers were only able to pick 4 boxes per hour. The workers were left in a very precarious position with no way of earning a decent wage to support themselves and their families at home.

In my conversation with the workers, they realized they were not being paid a just wage on such a low piece rate. I encouraged them to stick together as a group and seek assistance from the Pacific Labour Facility which they did. Government representatives visited their place of work and ordered the Labour Hire Provider to increase their piece rate to $4.50 per box.

Last year, the Migrant Workers Centre (Melbourne) and Unions NSW published a report, Working for $9 a Day, revealing widespread exploitation of piece rate workers in the horticulture industry. The lowest daily wages were reported by piece rate workers employed on grape and zucchini farms, earning an average of $9 per day. The report found that 78% of workers had been underpaid, a large majority being Working Holiday Makers, commonly referred to as "back packers”, whose visas depended on fulfilling farm work requirements.

After years of hard work campaigning and organising by farmworkers and their unions, a new minimum wage guarantee for horticulture workers began on 28 April 2022. All horticulture workers are now guaranteed a minimum wage of $20.33 per hour. Workers can still work on piece rates and earn more than this amount, but it is illegal for employers to pay less. Employers are now required to provide records of piece rate payments so they can’t be changed without prior agreement. 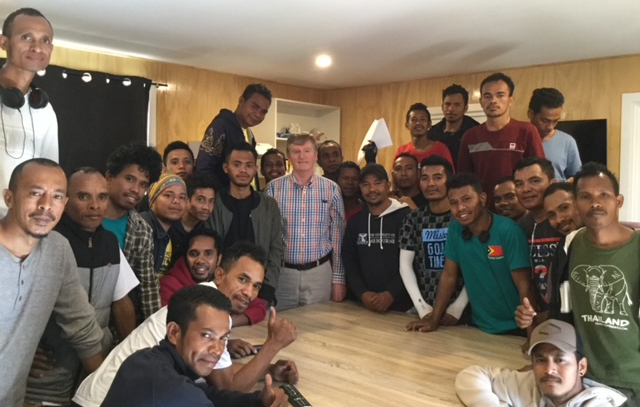 Beginning in January 2019, I was the ACRATH (Australian Catholic Religious Against Trafficking in Humans) representative on the government’s SWP Advisory Group. In June last year, I was invited by the Australian government to participate in its consultation process for a comprehensive review of the SWP and PLS and contributed to ACRATH’s written submission to the process. Following this, and in response to stakeholder feedback, the Australian Government took action to consolidate the two programs into a single, streamlined scheme – the Pacific Australia Labour Mobility (PALM) scheme, which began in early April this year and is managed by the Department of Foreign Affairs and Trade.

In November last year, I was invited by the government to represent ACRATH on the newly established PALM Agriculture Committee. The agriculture sector employs over 99% of workers participating in the SWP and 27% of workers in the PLS. As a member of the Committee, I have provided written feedback to the Government’s Draft PALM Deed of Agreement and Approved Employer Guidelines and made suggestions to further protect the rights of seasonal workers. I have also participated in online discussions on these important documents.

I have participated in ACRATH’s advocacy for the Government to implement a national labour hire licensing scheme that covers all industries. One of the aims of the scheme is to protect the rights of migrant workers in Australia and prevent exploitation by unscrupulous labour hire companies. ACRATH also recommends that the Government introduces stringent penalties for wage theft.

On April 5th this year, the Australian Government finally ratified the most contemporary international labour standard to address forced labour. The government has approved the ratification of the International Labour Organization (ILO) Protocol of 2014 of the Forced Labour Convention 1930 (No.29). The new Protocol establishes the obligations to prevent forced labour, protect victims and provide them with access to remedies and emphasises the link between forced labour and trafficking in persons. The Protocol also reaffirms the importance of prosecuting the perpetrators of forced labour and ending their impunity.

Columban Fr Peter O’Neill is the Columban Leader Australia and Co-ordinator PEJ Office in Australia. He is ACRATH National Committee Member. He has worked in Taiwan as a Columban missionary for 26 years.