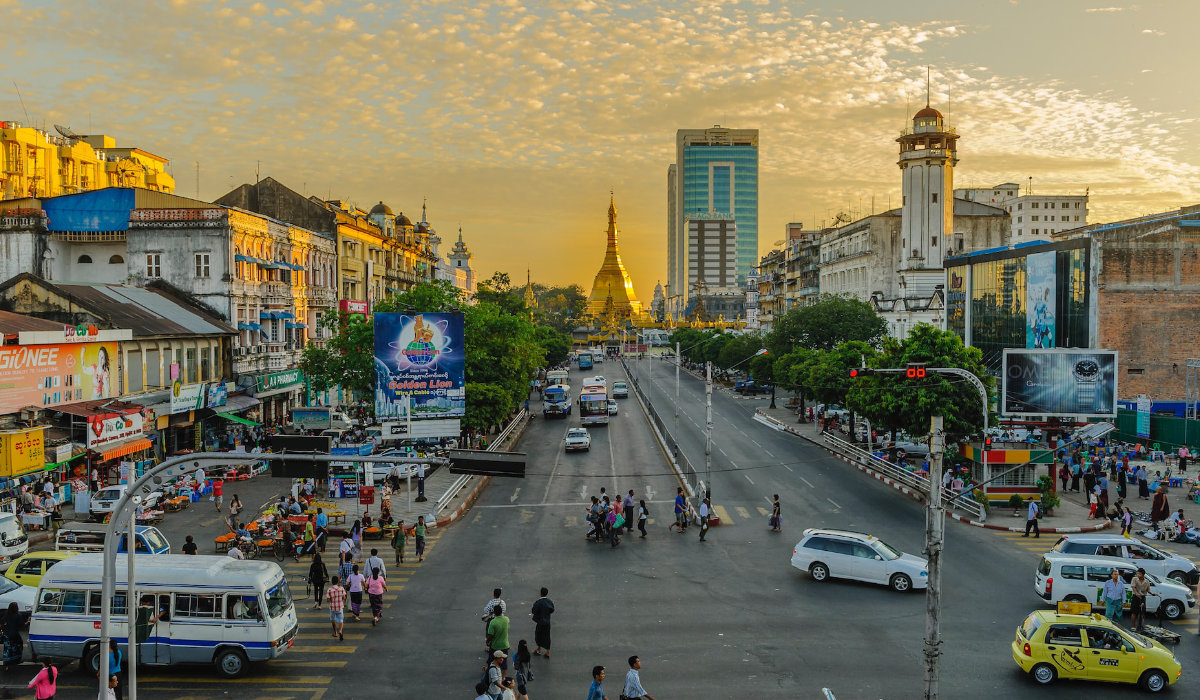 Once you arrive in Yangon, you will be welcomed by a huge sign that says, "Welcome to the Golden Land." Myanmar is a land dotted by golden temples filled with golden images of Buddhas. The colour gold is revered and worshipped. The word gold in Burmese is "Shwe", and in Kachin is "Ja". It is considered a very precious metal since it is always used in building many Buddhist temples and making images of the Buddha. Gold is so sacred that it is even added to food and drink on special occasions. To extract gold, large tracts of forests and land are destroyed. The mercury used in extracting gold also pollutes the waters close to where many gold mines are located.

Income from mining and logging continues to fuel conflict on both sides. The conflict allows companies to enjoy exclusive rights to these activities with little to no "governmental" control or supervision. Driven only by profit, these companies will exhaust all of Myanmar's natural resources, even encroaching into the country's protected areas. This will not only lead the country down the path of greater poverty but will also increase environmental disasters.

The conflict that has been ongoing for decades in Myanmar is largely driven by the presence of, and demand for, natural resources. If you look at a map of the different conflict areas in Myanmar, many of these conflict areas are located in the border states and towns of the country. Most of these border-states and towns are covered with huge forest areas and rivers. The ground in these areas holds massive reserves of metals and minerals like gold, precious stones and gems, such as jade and rubies. There is also a new demand, especially from China, for "rare earth minerals". Mining and extraction activities are flourishing because of the ongoing political crisis which allows illicit mining and logging companies to come, operate and exploit the country's natural resources.

The hinterlands and borderlands are also occupied largely by the indigenous peoples of Myanmar, namely: Kachin, Karen, Rakhine, Chin, Shan, and Kayah peoples. Before the arrival of Christianity indigenous peoples, like the Kachins, practised spirit worship or "Nat" worship. Myths and indigenous beliefs and practices provided protection for the natural world from excessive human activities.

In his environmental encyclical, Laudato Si', Pope Francis expounds how the "Judaeo-Christian thought demythologized nature. While continuing to admire its grandeur and immensity, it no longer saw nature as divine. In doing so, it emphasizes all the more our human responsibility for nature." "Western Christianity", detached from the environment, is a threat to God's Creation and itself.

Local researchers like Zau Sam assert that for the indigenous peoples of Myanmar, "…spirit worship provides a worldview and ethics for the land in which they live. They do not take advantage of the land, cutting down the trees or the mountains, or leveling them for their resources. They do not destroy the rivers in search of gold. The Kachin people revere the land because it protects them from the dangers of storms and sickness. It is true that the people in the time of Nat worship thought highly of nature and did not spoil the forests. Nevertheless, this concept dwindled when Nat worship was substituted by Christianity." [1]

Nat worship is also true among the Burmese people. Even if a majority of them are practising Buddhists, there are still elements of Nat worship in their practices and beliefs. In one village in Bagan, an ancient city, a 40-acre protected area is kept providing shade for people in a place called the dry zone of Myanmar. This area is still held with great reverence. The villagers dare not even collect dry sticks nor cut branches from the trees - considered as a profane act. There are no markers or signs warning people from harming the trees. The area does not even have any governmental intervention, council warnings or even local people trying to protect the land. What protects the area is the presence of a wooden shrine at the entrance to the forest. This shrine is dedicated to the two nats or spirits "U Hla Tin Aung" and "Daw Nan Mya Yin", guardians of the forest. Those that enter the forest and take anything from it will be cursed. An environment minister believes that Nat worship can help conserve the environment in many parts of the country.[2]

I asked one of the youth if she feared the forests when she was younger. She explained that "…when we were younger we would take the cows to the forest so they can feed. My parents would send us and we would wear our rosaries and pray. We are no longer afraid. Goats do not need to be cared for a lot. They know their way back home from the forest or fields. So my parents would bless them with holy water to protect them from danger."

One Kachin researcher asserted that Kachin Christians have exploited the environment by using the names of Jesus Christ and Karai Kasang (God). He explained that before their conversion to Christianity, Kachins worshipped nats or spirits who were believed to live in deep forests, jungles, big trees, deep valleys and high mountains. These forests were referred to as "Hkrit Maling". "Hkrit" means "afraid of/fear" and "Maling" means "forest/jungle". No one dared to enter the forests and take anything from them. By keeping the place as a Hkrit Maling because of the presence of nats or spirits, many forests were kept from destruction. When the Kachins became Christians, the spirits no longer possessed power over the people. The forests lost their sense of mystery and fear. Christians, claiming to do things in the name of God and of Jesus, were no longer afraid to enter the forests and harvest whatever they wanted, even more than what they wanted. [3]

Zau Sam also commented that "…the Christian religion itself is one of the root causes of the ecological crisis. Many Kachin Christians think of the environment as only for their own business and development." [4] Now Creation is only seen as a source for profit. Pope Francis, in Laudato Si', also affirms this by saying that living beings viewed as mere objects subjected to arbitrary human domination is a mistake. When nature is viewed solely as a source of profit and gain, this has a serious consequence for society.[5]

In his thesis, Zau Sam commented that the ecological crisis we are facing these days is a challenge for every Christian to rethink the place of nature in their faith. He added that the study of ecology in the Kachin context, calls on the Kachin Christians to depart from their traditional reading of the Bible and their misunderstanding of nature.[6] We need to bring back the mystery and divinity in nature and creation.

In Laudato Si' Pope Francis reminds us that a "spirituality which forgets God as all-powerful and Creator is not acceptable. That is how we end up worshipping earthly powers, or ourselves usurping the place of God, even to the point of claiming an unlimited right to trample his creation underfoot. The best way to restore men and women to their rightful place, putting an end to their claim to absolute dominion over the earth, is to speak once more of the figure of a Father who creates and who alone owns the world. Otherwise, human beings will always try to impose their own laws and interests on reality." (LS No.75)

There is therefore a need to re-examine our "Christian" understanding of our relationship with others, with God and Creation, and with ourselves. Zau Sam asserted that Kachin Christians, "have to be conscious that the entirety of nature is overseen by God and the Holy Spirit and that the traditional ideas of Kami Kasang and the Nats are helpful." [7]

Pope Francis at a meeting with representatives of indigenous peoples explained that Indigenous Peoples with their "variety of languages, cultures, traditions, knowledge and ancestral methods", should, "become for all a wake-up call, which highlights the fact that man is not the owner of nature, but the one who manages it." These peoples, "are a living cry of hope". "They know what it is to listen to the earth, to see the earth, to touch the earth." They remind us that we human beings have a shared responsibility to care for our "common home".[8]

[1]  Zau Sam, "A Kachin Christianity: Birthing Kachin Ecofeminist Theology by Integrating Kachin indigenous Religion with the Process Theology," A Dissertation presented to the Faculty of Claremont School of Theology (In Partial Fulfillment of the Requirements for the Degree Doctor of Philosophy," May 2019), 11.