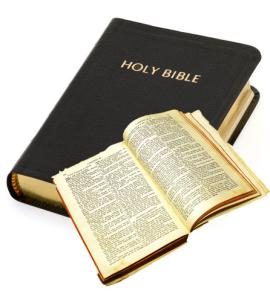 A good summary of an old argument.

In a lecture to the American Association for the Advancement of Science on December 26, 1966, historian Lynn White, in his lecture ‘Historical roots of our ecological crisis’, claimed that the Christian tradition must take a lot of the blame for the worsening ecological crisis.

According to White, we shall continue to have a worsening ecological crisis until we reject the Christian axiom that nature has no reason for existence but to serve man... Both our present science and technology are so tinctured with orthodox Christian arrogance towards nature that no solution for our ecological crisis can be expected from them alone.

This talk which was published the following year in, Science, has created a huge amount of controversy. The renowned microbiologist and ecologist, Rene Dubos disputed White’s charge in a book called, Wooing the Earth. He pointed out that extensive environmental degradation began long before the biblical era had an influence on Western thought.

He maintained that almost every civilization, Chinese, Greek, Roman, Aztec, Hindu India and Buddhist Southeast Asia, had abused their environment to some degree or other. This often happened through deforestation, or over grazing which caused significant soil erosion. He noted that Plato in Critas compared the land of Attica to the bones of a wasted body.

Other commentators on White’s article feel that national, cultural or philosophical factors may have been the primary determinants in spurring the development of science and technology in Western Europe, since in the east, Christianity had been more mystical and liturgical. While this might be true, it seems more reasonable to assume that a confluence of influences, cultural and religious, set that stage for the rapid development of science in Europe from the 16th century onwards.

In the 15th century, for example, Chinese science was more advanced than Western science. The Chinese had discovered printing, the principle of magnetism, explosives, advanced technologies for metal casting and a vast array of medical and astronomical knowledge; yet their scientific thrust stagnated while Western science advanced.

Some commentators attribute the advance in empirical science in western Europe to a notion which is central to a Newtonian view of the world - that the laws governing the physical universe are independent of the realities themselves or the irascible gods.

Fundamentally, this is a religious idea. The roots of this conception can be traced back to the Bible. There God is seen as the supreme lawgiver who places all reality in the universe in its proper place. The order, structure and intelligibility of nature means that the laws of nature can be known through observation and experiment and then used to transform nature herself.

Francis Bacon scientist and philosopher (1561-1626) in his book The Advancement of Learning, Novum Organum Scientarium held this view. He was one of the leading philosophers in the period of transition from the Renaissance to the early modern era.

Pope Benedict in No. 25 of his encyclical Spe Salvi, criticizes Francis Bacon and those who followed in the intellectual current of modernity that he inspired. He stated they were wrong to believe that man could be redeemed through science. This position was certainly adopted by Bacon’s followers in the 18th century, but it is hardly fair to Bacon himself.

As Alister McGrath points out in his, Reenchantment of Nature, despite his general endorsement of subduing and exploiting nature, Bacon regarded religion as setting quite definite limits to what can and ought to take place through human advancement. Bacon was quite clear that there were boundaries imposed upon human knowledge and power over nature by God, and he regularly added qualifying clauses like, ‘as far as God Almighty in goodness may permit,’ to his statements concerning the limits of science.

It is completely legitimate to argue that science and technology arose, at least in part, from the religious well-springs of the European Christian experience. However, White overstates his case. For a historian to label something ‘Christian orthodoxy’, without qualification, shows little understanding of the rich and varied strands that co-exist and often supplant each other in both the Bible itself and the subsequent history of the Church in different cultures and historical periods.

Fr Sean McDonagh is a researcher on justice and peace issues and more recently ecological challenge.