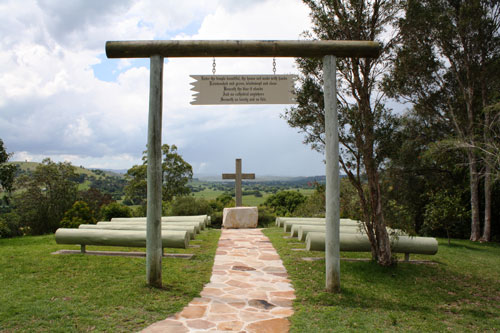 The sign above the entrance reads:
Enter the temple beautiful,
the house not made with hands,
Rainwashed and green, windswept and clean.
Beneath the blue it stands
And no cathedral anywhere
Seemeth so lovely and so fair.


On the front cover is a photograph taken outside Bexel in northern New South Wales of an ‘Open Air Cathedral’ which all Christian denominations are free to use with a registered minister. In an increasingly secular society, it is a sign of collaboration between the Churches. The following article reflects the same challenge in parts of the West.

According to Fr Rod MacGinley, the former parish priest in Cunnamulla (now of Clifton) and former associate priest with the Columbans in Chile, “Australian pragmatism has driven the move towards a more collaborative approach among the Anglican, Uniting and Catholic Churches in Cunnamulla.

Due to massive reduction (at least 50%) in the international wool trade over the course of the past 60 years and long periods of drought many residents were obliged to look for a livelihood elsewhere. Paralleling this social phenomenon has been a steady drop-off in numbers attending the regular services of the Christian Churches.”

As a result the Churches cannot function as they did in the past and so they began to look for ways of helping each other. There is no longer a resident Anglican priest in the town; a laywoman leads the Sunday service but, in the case of funerals or baptisms, the Catholic priest or Uniting Church minister holds the service in the church chosen by the family. When the Catholic priest or the Uniting Church minister is absent the other looks after the funerals of any family who may want a Christian burial service.

All are aware of differences between the three main Christian denominations in the town but they also acknowledge that they have much more in common. An openness to collaborate, acceptance of difference and a willingness to serve, no matter what church a person may attend or not attend, attracts residents to the church leaders. 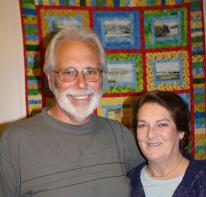 Dennis Cousens and his wife, Sally, were for years active in the Uniting Church in Tasmania, where Dennis was for a period, moderator of the Church. Dennis said, “When we have a church service it may be held in the Uniting Church building at Cunnamulla, but it could just as easily be in the Catholic or Anglican Church in Eulo, Thagomindah or Wyandra. I may officiate on my own, with a congregation member, with the Catholic priest to 60 people or two.”

Dennis says, “We celebrate the fact that distance and traditions have no restrictions on the love of Christ.”

Lorna Thompson came to Cunnamulla in 1950. Brought up a Catholic, she decided for a variety of reasons to marry in the Anglican Church.

When the Anglican priest in Cunnamulla told her she would be reading at the following Sunday’s service she protested that she could not do that, to which the priest replied that there would be no reading in that case. Lorna went home, and practiced aloud the reading. Eventually she led the Sunday service in the absence of the priest.

She made friends with the “Bush Brothers,” a group of celibate Anglo-Catholic priests, who in time became part of the Brotherhood of St Paul. Through them Lorna joined the Oratory of the Good Shepherd as a companion. In them she found support for the practice of her faith as they insisted on regular attendance at Mass, confession and an annual retreat. 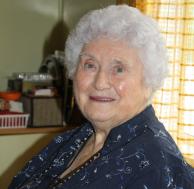 In 1982, when she was taking services in the Anglican church due to the absence of a priest, the local Catholic priest, invited her to come to weekday Mass as she was missing not having the opportunity to receive Holy Communion. After attending the Catholic church on weekdays for about two months and leading the service in the Anglican church on Sundays, a member of the local Anglican community put pressure on Lorna to choose one or the other. Lorna decided to go back to the religious practice of her upbringing and was welcomed back into the Catholic Church at Easter.

Many collaborative initiatives in rural Queensland were given impetus and direction by a 1996 inter-church declaration, “Being Church in Rural Queensland”, which proposed a framework for action based on the following common statement of belief:

We affirm our faith in God as Trinity - Father, Son and Holy Spirit. This faith allows us to celebrate our unity while recognising our diversity. In our diversity we are united by baptism. This baptism incorporates us into the one Body of Christ.

Christ calls and empowers us to continue his mission in the world. Our calling is to proclaim Jesus as Lord and Saviour in word and action, in order that the Kingdom of God may be manifest.

In 2009, another meeting of Anglican, Catholic, Lutheran and Uniting Churches in Queensland, affirmed and developed the position taken by the previous meeting and published their conclusions in the document, “Living Church in Rural Queensland,” The participants conclude with a statement that might challenge all Christians to look beyond what we may have become comfortable with: We challenge ourselves personally to think, live and nurture an ecumenical heart. We are called to be prophetic in the Spirit within our particular denominations and to journey in love, joy and hope in our ecumenical Living Church in rural Queensland.