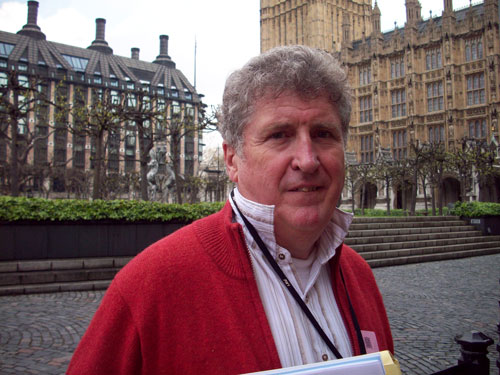 We are delighted to announce that Columban Fr Sean McDonagh has been given a prestigious international award in recognition of his long years of work of advocacy and education around ecological issues. The Partnership for Global Justice announced the news in the press release below:

Fr Sean McDonagh, SCC received the Eighth Annual Partnership for Global Justice Award on Sunday, May 1, 2011.  Fr McDonagh accepted the award and delivered a keynote address. The luncheon and award ceremony was followed by an orientation symposium in preparation for the United Nations Commission on Sustainable Development that will take place at the United Nations from May 2–14, 2011.

The luncheon, award ceremony and orientation, which were open to the public, was held at the Church of St. Paul the Apostle at 60th St. and Ninth Avenue in New York City at 1:00pm.

“We are honoured to present this award to Fr. McDonagh, a man who has so elucidated our understanding of environmental justice and whose passion and dedication challenges us all to hear the cries of the poor and the cry of the Earth,” said Sr. Lucianne Siers, OP, Director of the Partnership. “He represents the legacy and spirit of our annual Justice Award by his life-long work as a faithful steward,” she added.

The Partnership for Global Justice is a network of religious congregations, social justice groups and individuals seeking to foster equitable global systems, strategies for ecological sustainability and a respect for the diversity of cultures and traditions through educational programs, advocacy and participation with the United Nations as a non-governmental organization.

Two Catholics appointed to new Pakistan Ministry by the Executive

Islamabad (FIDES) – The Department of Religious Minorities in Pakistan has a new title becoming the “Federal Ministry for Inter-faith Harmony and Minorities.”Two Catholics have been confirmed as heads of department, Paul Bhatti, brother of the Minister killed, with the position “Special Advisor to the Prime Minister” and Akram Masih Gill, a lawyer with the position of ”Minister of State” who may soon receive the official designation of “Federal Minister”.

Akram Gill said, “It is my intention to work for the protection of religious minorities which are 5% of the population, including the Christians in Pakistan. It is well-known that in this country the religious minorities do not feel safe. It will be my task to keep attention in government and politics of their conditions and the need to protect and promote their rights.”

With regard to the change of name of the Ministry Gill said, “The Executive has now realised that inter-religious dialogue is an urgent need for society which cannot be left only in the hands of men of good will. It is necessary for the State to promote respect and equality of all religions. At the beginning of my mandate I would like to thank the Pope for his words and his commitment to defending international religious freedom and Christian communities in Pakistan.

That the Holy Spirit may bring forth from our communities numerous missionary vocations, willing to fully consecrate themselves to spreading the Kingdom of God.