Reflection - Where is the energy of the good news 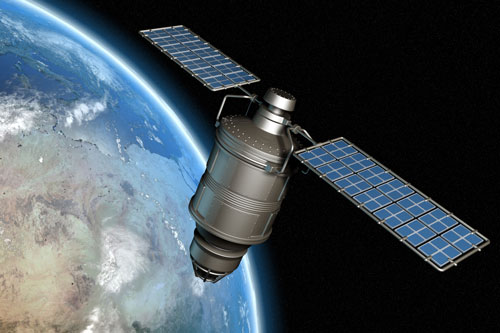 How those Athenians in the first century would have relished the communication explosion we experience today. The ancient Greeks Paul met, who ‘used their time for nothing else but telling or hearing something new’ (Acts 17:21) would be quite at home in this 21st century when news can be had not only ‘on the hour, every hour’ but almost every minute if one so wishes. Would they spend their time surfing the net or phoning friends on their mobiles to speculate on the latest headline?

Maybe we are not so very different from those people of ancient Athens. Our appetite for novelty is being constantly stimulated and we embrace the latest information technology with unbounded enthusiasm. St Paul himself would surely have rejoiced at the opportunities now available for spreading the Word, opportunities for reaching out to peoples of other faiths and cultures.

Yet there is a danger and we see it in what happened to those Athenians.

A cultured people, they were open to hearing new ideas, new stories. So, on hearing Paul speak, they voiced an interest to learn more. They took him to the Aeropagus, where they met in council, to give him the chance to tell them of these new things. “You bring some strange notions to our ears; we should like to know what these things mean” (17:20). Paul rose to the challenge and spoke to them in their own language, even quoting one of their poets. He had observed, he told them, that they were a very religious people who, among the many statues in their city, even had an altar to an unknown God. He was going to name this God for them. And he began to tell them of Jesus.

This was new, it was interesting but in the end the ‘strange notions’ were really too much to take on board and were dismissed by his listeners. Some laughed, others said condescendingly one thinks, “We should like to hear you on this another time” and they wandered off. Only a small number of people joined Paul and came to believe in Jesus.

Did they miss the greatest news of all because they were so caught up in the transient happenings of everyday life in Athens? Or did Paul’s message come across simply as foolishness?  Even though they invited Paul to speak to them, they dismissed him in the end; the resurrection of Jesus was the last straw.

Unlike those peoples of Athens, we pay little attention, not because the story is ‘strange’ but because it is so familiar. We think we know all about the life, death and resurrection of Jesus, and so what? How is it that the extraordinary freshness and beauty of the Christian story so often palls beside the glittering narrative of the modern age? As Pope Paul VI asked,“Where is the energy of the good news in our time?” (Evangelii Nuntiandi).

Finding the balance between words and silence has always been a challenge but never more so than today. Unless we ‘come apart’ as Jesus urged, and take time to sit in silence and prayer we are in danger of not hearing the essential. As Ben Okri writes, “We need more love, more silence, more deep listening, more deep giving.” In the stillness of our hearts we will hear the word that changes us, that gives us life and hope and the courage to move with love and compassion among the ‘Athenians’ of our times.

Sr Redempta Twomey is Assistant Editor of the Far East magazine in Ireland.