It was time to open the windows 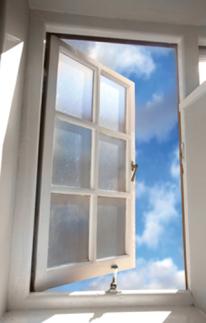 The main difference that my Japanese parishioners noticed after the Second Vatican Council (Vatican II) was the change in the language of the Mass from Latin to Japanese and the fact that the Mass was now said with the priest facing the people,” says Columban Fr Leo Baker, a former missionary to Japan. “Over time we began to incorporate lay readers and communion ministers into the liturgy as well. It took time for us to begin to see the wider implications of Vatican II however”.

October 11, 2012 marked the 50th anniversary of the commencement of Vatican II. This anniversary provides us with an opportunity to learn more about Vatican II and the renewal of the Church it initiated. Many older Catholics will have memories of Church life before Vatican II and the changes this Pentecost event brought about. How did Vatican II affect Columban missionaries?

Hundreds of Columban priests served as missionaries across nations in Asia, Latin America and the Pacific Islands during and after Vatican II. They witnessed the emergence of a global Church that now embraced the cultures, languages, historical and social realities and the struggles of the peoples they served.

One of the first tasks for newly arriving Columban missionaries during and after Vatican II was learning how to celebrate the Mass in the local language.

For Columban Fr John Hishon who arrived in the Philippines in 1963, language school provided this opportunity.

Columban Fr Ray Scanlon went to Korea as a missionary in 1969. He says, “I often reflect on what it must have meant for the Korean people to have the Mass celebrated in their own language. Many Koreans must have seen this change as an acceptance of and respect for their culture, music, symbols and history as a people.”

In a little over three years, the 2500 bishops and other Church leaders who attended Vatican II produced 16 documents that sought both to renew the Church while at the same time returning it to the original sources of faith. In calling for a Council, Pope John XXIII had said it was time to open the windows of the Church to let in some fresh air. The Church needed to learn how to engage with the modern world and not exist apart, separated in its own world.

A few days after the commencement of Vatican II, the world was brought to the brink of destruction by the Cuban Missile Crisis. The 1960s in general was a time of social and political turmoil, with demands for individual freedom and the questioning of the authority of older institutions and governments. It was a time to seek peace and equality and oppose war and discrimination based on gender and race.

If the timeless message of the Gospel of Christ was to be heard by the women and men of the 1960s and beyond, then the Church needed in the words of Pope John, aggiornamento - “Updating”. The Church now would seek to discern God’s plan for the world through “the signs of the times,” the aspirations and movements of humanity for a better world.

At the same time, the Church would be renovated through “ressourcement”, going back to the biblical, liturgical and patristic sources of faith.

Seminary formation would also be renovated. Columban Fr Chris Baker was the Columban Seminary Rector at Turramurra, Sydney, just before, during and immediately after Vatican II, and then a member of the staff in the years afterwards. He says, “At Vatican II, the Church was placed at the service of the world. Seminaries therefore had to be places where future priests were formed by looking outwards towards the world rather than being cut off from the world.

Seminarians were now given normal access to newspapers, telephones and even a student car, to be better able to understand the world they were being called to evangelize. Another important change a few years later in the Columban seminary programme was that seminarians would now spend some time overseas in a mission placement before ordination as a preparation for their future ministry.”

Columban Fr Leo Donnelly went to Peru in 1958. He says, “One of the big changes I noticed after Vatican II in Peru was the attitude of the laity towards the Church. Where previously many people regarded the Church as an hierarchical organization belonging to the bishops and clergy, now with the Vatican II understanding of the Church as the People of God, lay people began to feel that it was their Church as well. They became enthusiastically involved in lay ministries, Parish Pastoral Councils, Social Justice Groups and the preparation programmes to receive the sacraments.”

Another area is the Word of God. In Chile and Peru, great emphasis is placed on scripture and its role in the liturgy and on the use of ‘lectio divina’ for individual and group spirituality. The great Vatican II tasks of ecumenism and dialogue with non-Christian religions are also areas where Columbans continue to work.

We thank God for the new springtime in the Church that was Vatican II.

Fr Dan Harding SSC is the Editor of The Far East.