The vulnerability of girls, adolescents and young women

Christmas is a time for families to gather together, to share gifts and a meal. We remember at this time the Holy Family - Jesus, Mary and Joseph. Here are some recent reports from the Catholic News Agency, (“Agenzia Fides”) about the vulnerability of girls, adolescents and young women. 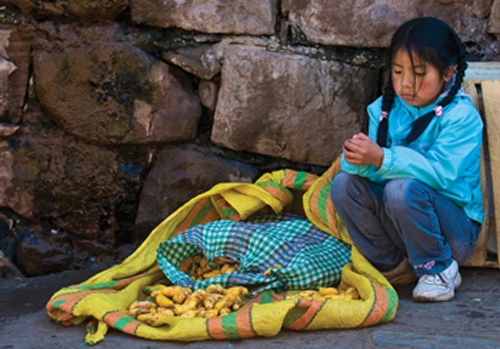 Guatemala - According to the Director of the Archdiocese of Guatemala City’s “Office for the Protection of Human Rights”, the most vulnerable part of the Guatemalan population is made up of young women who are victims of different kinds of violence.

The most common victims of child abuse are girls. The sexual abuse of adolescents usually goes unreported and young women are discriminated against and often forced to marry.

A girl who gets pregnant sees all her dreams of further education vanish. Without education her future prospects are limited. Girls become pregnant early in life often at the age of 10. In many cases, the abusers are members of the family and therefore go unreported.

Latin America - Of the 600 million adolescent girls living in the developing countries of the world, many continue to be invisible to government structures and programmes. Millions of them live in poverty and are victims of gender discrimination and inequality. They are subjected to various forms of violence, abuse and exploitation, including child labour and early marriage.

Many become pregnant prematurely, live with a partner or get married and devote themselves to raising their children.

Many who come from rural and poor areas are victims of sexual violence. For some, pregnancies and marriage are the only way to survive.

All of these girls and adolescents are very vulnerable. Most have to leave school prematurely and that limits their possibility of finding a job and becoming autonomous. They are therefore forced to remain dependent on others, often on their own abusers.

In Bolivia, more than 800,000 girls and boys from 5 to 17 work without legal protection. Most of the 364,000 girls are involved in hazardous work. Many girls work as housemaids, exposed to dangers such as fire, gas, chemicals and dangerous tools. Families prefer to send their sons to school and keep the girls at home.

Among the main reasons for the early school drop-out by girls are: the long distances from home to school; the need to go to work to support their families economically; delayed enrolment at school; domestic work at home and child minding and early pregnancies.

This Christmas let us remember in particular girls, adolescents and young women and the difficulties they face in many parts of the world.

That the pilgrim Church on earth may shine as a light to the nations.

That Christ may reveal Himself to all humanity with the light that shines forth from Bethlehem and is reflected in the face of his Church.