Where do you come from?

As I walked the venerable cobblestone streets of old Jerusalem where Jesus once walked, the shopkeepers called out to me, “Where do you come from?” When I answered, “Australia”, they urged me in English to buy their wares. Such is their linguistic adaptability that had I answered, “France”, they would have spoken French, “Russia”, they would have spoken Russian, and so on.

I quickly learned to deflect their commercial enticements by asking in turn, “Where do you come from?” Mostly they answered, “From here!” “From Jerusalem?” “Yes!” “Mabruk!” (“You are blessed!”) In the Muslim quarter the answer was often, “From Palestine”. This proud national sentiment was also a political statement, leading to interesting conversations about land, identity and occupation. 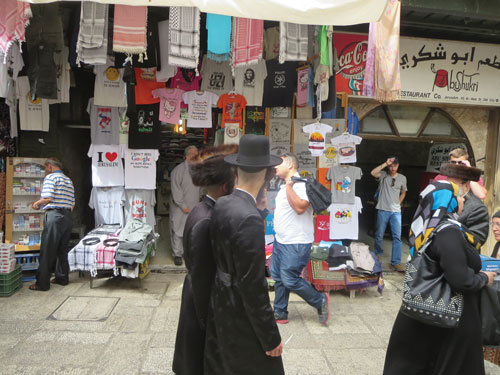 One day when I asked, “Where do you come from?” the shopkeeper replied, “From my mother!” I laughed. This unexpected reply was so startling that I started using it too, to the puzzlement and amusement of my questioners, leading to very different conversations about identity, nationality and politics.

As I reflected more on this seemingly humorous answer I realised that it is actually very profound.

Among all the wonderful goods and souvenirs on sale in the markets of Jerusalem, this realisation was the most precious gift of all …and it costs nothing other than letting go of the narrow stereotypes that limit our appreciation and opening ourselves to the riches which we are to each other. The new question becomes, not “Where do you come from?” but “Where are you going?”

Columban Rev Fr Patrick McInerney is the Director of the Columban Mission Institute, Coordinator of its Centre for Mission Studies and Centre for Christian-Muslim Relations, and the Coordinator of Missiology at the Catholic Institute of Sydney.