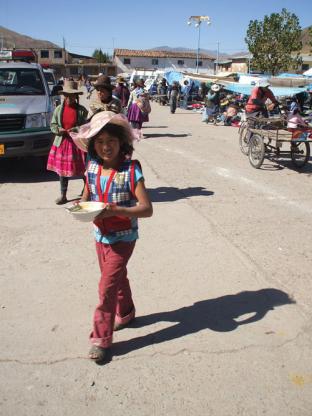 Indigenous women and girls not only suffer human rights violations that are frequently directed against the indigenous population in general, but they are also victims of other atrocities and humiliations. This was stated in the annual report of “the United Nations Special Rapporteur on the Rights of Indigenous people”, which was recently presented to the United Nations Human Rights Council.

Based on the information gathered, one of the most dramatic aspects of the report is that one indigenous woman out of three had been raped. In some cases the perpetrators are state officials or military authorities, who tried to "undermine the determination of the indigenous communities in the militarized disputes over land and resources". In other cases, violence occurs because indigenous women and girls work in private homes and risk being abused by their employers.

The study also examines the murders and crimes that occurred against indigenous women "because of their marginalization and social, cultural, economic and political oppression that leads to such violence".

Mission Intention for January
That by means of dialogue and fraternal charity and with the grace of the Holy Spirit, Christians may overcome divisions.

Mission Intention for February
That opportunities may increase for dialogue and encounter between the Christian faith and the peoples of Asia.