A Columban who died violently on mission

Preparing for the Columban Centenary

Fr John Keenan was part of a pilgrimage group of Columban priests, lay missionaries and co-workers, who joined four relatives of Fr Francis Vernon Douglas in visiting places associated with the missionary's death.
Pope Francis has said that there are more martyrs for the faith in modern times than in the early Church. One such martyr is Fr Francis Vernon Douglas who was martyred by Japanese soldiers in July 1943 in Paete, Philippines.

Born in Johnsonville, Wellington, New Zealand on May 22, 1910 to Catherine Gaffney from Ireland and George Douglas from Australia, Francis Vernon Douglas was the fifth of eight children.

In his youth he excelled at rugby and cricket, and later he studied for the priesthood for the Archdiocese of Wellington. He was ordained on October 29, 1934. After an enjoyable and successful year as an assistant priest in New Plymouth, he felt God wanted him to become a missionary. He joined the Society of St Columban and arrived in Manila in 1938.

His first assignment was as parish priest of Pililla, where he struggled with the Tagalog language. The parish was run-down having been 40 years without a resident priest. With the local people, he gradually renovated the church and through liturgies, and catechesis, they gradually built a loving Christian community.

During World War II, many of the people in the hills resisted the Japanese military police known as the Kempeitai. Fr Douglas tried to remain neutral between the Kempeitai and the Filipino-American guerrillas. But in the eyes of the Japanese he was ‘an enemy alien’ and was suspected of collaborating and spying for the guerrillas. 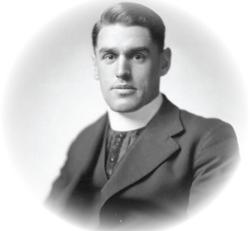 On July 25, 1943, the people were looking forward to their annual fiesta in honour of St James the Apostle. However, this was abruptly interrupted when the Japanese Army decided to zone off the area. No one was allowed to leave. All males from 14 upwards were rounded up and incarcerated. For several days, some 250 men were interrogated and tortured, deprived of sleep and mercilessly beaten until they gave information or died.

Fr Douglas was abducted from his parish on July 24, 1943 and brought by truck to the parish Church of Paete, Laguna, some 30km away. It was used as a concentration camp for some 1,700 men and youths held in atrocious conditions.

The sacristy was used as a torture chamber and many prisoners died there. Here Fr Douglas was severely tortured. He was given the dreaded water - cure but still refused to give any information. Later he was tied to the altar rails and further beaten.

Later he was manacled to a post under the choir loft. He was left to stand for two days and two nights and allowed neither food nor drinks even though the people had brought some for him. His eyes, swollen and bloody were fixed on the tabernacle while he fingered his rosary beads. Realising that the end was near he asked to see the local parish priest, Fr Nicomedes Rosal, to whom he made his last confession.

As night was falling, he was bundled into the back of a truck and driven off into the night in the direction of Sta Cruz (capital of Rizal Province). He was never seen again. The speculation is he died from the effects of the beatings and torture, or that he was killed and buried in an unmarked grave in a rice-field in the vicinity of Sta Cruz town.

Fr Vernon’s faith, courage, commitment and fidelity to the end are an inspiration and example for all of us. Devotion to him is growing in his home parish in New Zealand and especially in Paete where he suffered so much before being killed.

Columban Fr John Keenan is currently in Ireland. He has worked on mission in Manila, Philippines since 1966, apart from 10 years spent in Ireland, England and Scotland.