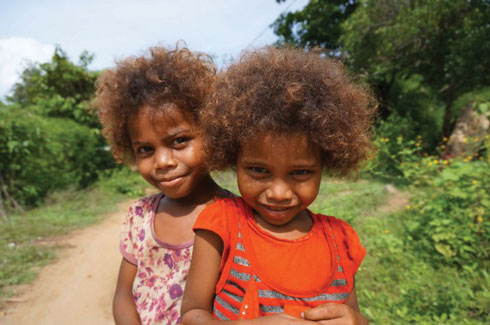 It has been announced in the Netherlands that Irish Columban missionary, Fr Shay Cullen is to be the recipient of the 2017 Martin Buber Award in recognition of his internationally acclaimed work on human rights undertaken through the PREDA (People's Recovery, Empowerment and Development Assistance) Foundation which he established in the Philippines in 1974. He will be presented with the award in Kerkrade next November during the annual International Festival of Dialogue - EURIADE.

Professor Martin Buber was a Jewish philosopher who advocated peace dialogue, mutual recognition of human rights and dignity, and a united Jewish and Arab Palestine. He became well known internationally for his 'dialogical principle' – a way of thinking that implies that ONE human being - 'I' - really perceives and accepts the OTHER as 'YOU'.

Buber died in 1965, and the prestigious award in his memory was initiated in 2002 with German Foreign Minister, Hans-Dietrich Genscher as the inaugural recipient. Since then, recipients have included Queen Silvia of Sweden, President Klaus Johannis of Romania, Soviet President Mikhail Gorbachev, Prince Irene of the Netherlands, and Karl-heinz Böhm, founder of the Austrian Menschen für Menschen Foundation for Ethiopia.

Being chosen for this internationally focused award indicates the reputation and acclaim that Fr Shay Cullen’s human rights work is attracting internationally. PREDA is active in the rescue and caring of abused children from jails, abusers and brothels and giving victims of abuse a safe home with protection, education, values formation, affirmation, empowerment and healing therapy and restoring their self-esteem. It is engaged in defending human rights and promoting justice for the marginalised, as well as running Fair Trade to support mango-growing farmers. Fr Shay was an early board member of the IFAT (International Federation of Alternative Trade).

He is a popular international speaker, campaigning advocate, media commentator, and writer. In 2006, he published a book Passion and Power, with an introduction by Mary Robinson, former President of Ireland, and an endorsement by the Hollywood actor and human rights supporter, Martin Sheen.

Numerous newspaper articles and television documentaries have reported the success of his work protecting children and campaigning for human rights. He was an invited delegate to the conference drafting the Convention on the Rights of the Child in Helsinki and has addressed the US House of Representatives Committee on International Relations on the issue of street children. In 2015, he addressed MPs in the Bundestag about the need for advocacy and support for people whose human rights are being violated in the Philippines where a lucrative sex industry operates. 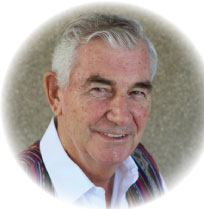 Fr Shay has been nominated three times for the Nobel Peace Prize by MPs in Germany and in Canada and has received numerous recognition awards in several countries. These include the Human Rights of the City of Weimar Award in Germany in 2000, the Human Rights Award of the City of Ferrara in Italy in 2001, the Prix Caritas in Switzerland in 2003, and the International Solidarity Prize by Matres Mundi in Spain in 2008. He is in Germany this week to receive the A.K. Shalom Award from the Catholic University of Eichstätt-Ingolstadt.

Now in his 70s, Fr Shay remains a humble man deeply dedicated to his missionary work. Humbled by his many recognition awards, he says: “I accept awards not for myself but on behalf of all those who are working and risking their lives to defend the rights and dignity of oppressed people and to win freedom for those who are victims of human rights violations.”

Matt Moran, author of recent book The Legacy of Irish Missionaries Lives On, says: “Fr Shay represents the very best in the life-changing work of our missionaries throughout the world. Preventing the abuse of women and children at the hands of human traffickers and their own governments is his life’s work. His mission for justice and peace is ecumenical in reach. It is based on taking a stand for human rights and protecting the dignity of every person, in particular exploited women, children and youth. It is wonderful to see his efforts being recognized internationally.”

During a short holiday in Ireland, he will address Senators in Leinster House on May 17 about human trafficking, child prostitution, and the increasing human rights violations in the Philippines where over 8,000 people have been killed by police and agents of the state in a campaign against illegal drugs use. On May 22, he will be accorded a civic reception by Dun Laoghaire Rathdown Co. Council.

Further information about the inspiring work of PREDA can be found at www.preda.org