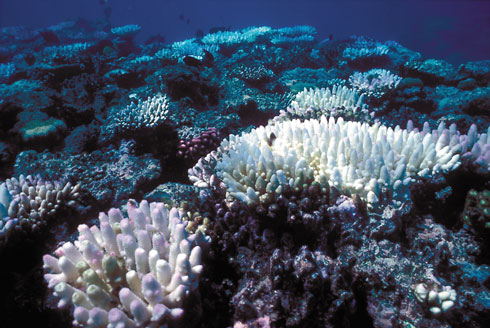 Tropical North Queensland boasts two World Heritage areas: The Wet Tropics and the Great Barrier Reef (GBR), both known for their beauty, diversity and enchantment. However, all is not well with either. In particular the GBR, often described as “one of our great underwater gardens”, is at risk.

World Oceans’ Day June 8, 2004 saw the release of a Pastoral Letter on the Reef by the Bishops of Queensland. It was in response to the well-publicized Reef deterioration of the time. Called 'Let the Many Coastlands Be Glad', it emphasized “our shared responsibility for one of our greatest natural treasures, the Great Barrier Reef.” The Bishops called it a “gift of rare beauty”, reminding us that “Care for the environment and a keener ecological awareness have become key moral issues for the Christian conscience”.

Companionship with and care for the planet, especially the need for “ecological conversion”, have been challenges also promoted by the last three Popes. Recently Pope Francis issued a unique encyclical letter, Laudato Si, to “everyone in the world” on "The Care for Our Common Home." In this 190 page letter Pope Francis created a special moment in Catholic Social teaching namely that the protection of God’s creation is now formally brought to the centre of Church teaching.

In this letter the Pope uses Scripture to detail a fresh theology of the whole of creation as “one inter-related community before God.” (#92)

Similarly, the 2004 Queensland Bishop’s Pastoral Letter reminded us that, "Not only is the Reef a precious eco-system in itself but also an integral part of the one planetary life that connects us all - the human species and all species of the land and sea, rainforests, reef, mountains, plains and inland desert.”

Pope Francis advances church theology when he insists that creatures like the ambling sea-slug or the feisty electric sun-fish have value in themselves: "Every creature is the object of the Father’s tenderness, who gives it its place in the world. Even the fleeting life of the least of beings is the object of his love, and in its few seconds of existence, God enfolds it with his affection.” (#77)

Our Pope echoes the research of marine scientists, climatologists and N.G.O’s when he writes "This sister (Mother Earth) now cries out to us because of the harm we have inflicted on her by our irresponsible use and abuse. This is why the earth herself, burdened and laid waste, is among the most abandoned and maltreated of our poor; she ‘groans in travail.” (#2) 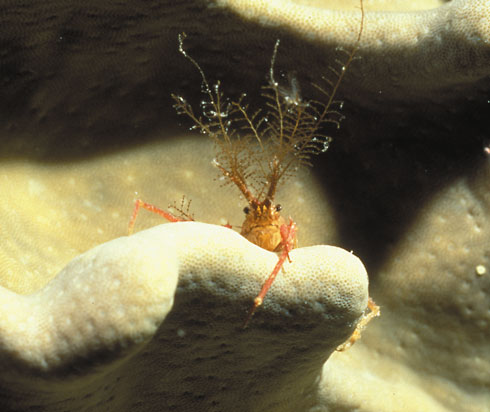 The groaning of the GBR is becoming more evident. In a recent report, James Cook University Professor Terry Hughes, indicated that coral bleaching now stretches along two-thirds of the Reef - a reef approximately the size of Italy!

This is concerning because the 12 month gap between the recent bleachings is far too short for any meaningful recovery of the 2016 damage where 67% of the 700km section from Port Douglas to Torres Strait had dead coral: the single greatest loss ever recorded. Most corals will take 10-15 years to recover if conditions are “favourable.”

Corals are colonies of tiny sea-animals, polyps which attach to rocks, dividing into clones which connect and blossom into over 600 diverse varieties. They are either hard or soft. Hard corals host an algae which provides food and colouring. With high water temperatures the algae are expelled consequently the coral loses its Mardi Gras of colour and bleaches.

Astronauts have told us that they can see the GBR from space in all its splendour and fragility – “the world’s most beautiful necklace.”
There is a distinctive pattern to the bleaching: the areas where oceans were hottest. Many scientists point to the four major bleachings within the present one degree (approx) of global warming. What of the obvious impending increases?

Water quality on the Reef is an ongoing problem. James Cook University’s Jon Brodie examined the Australian/Queensland 'Governments’ Reef 2050 Plan' and estimates the plan “falls far short” of real requirements to meet the plan’s water-quality targets. The $500-$600 million expenditure is “obviously totally inadequate…the best estimate being $8.2 billion to meet 2025 targets.” ‘Business-as-usual’ greenhouse emissions “will almost certainly see the end of the GBR as we know it.”

While Governments are doing some good is it little wonder that Pope Francis says that “we lack leadership capable of striking out on new paths and meeting the needs of the present and coming generations.” (#53)

But there is hope! “…there is reason for hope that humanity at the dawn of the 21st century will be remembered for having shouldered its grave responsibilities.” (#165) 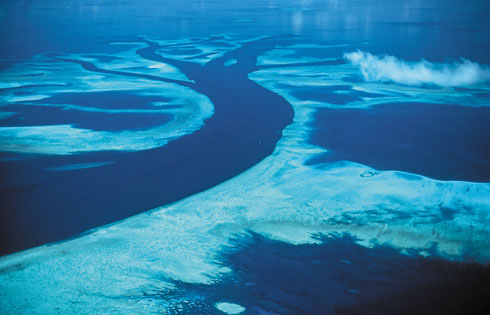 Pope Francis praises individuals, many organisations and the ecological movement. Across Queensland signs are evident in the local action of farmers, fishermen, scientists, pastoralists, ordinary citizens and even children who are working for GBR recovery. There is some Catholic action also. The Diocese of Townsville, for example, has developed policy and action in schools and parishes which focus on education, sustainability and “care for our common home.”

Catholic Earthcare Australia, together with many religious congregations like the Columban Mission Society, offer resources in support of people living out their “ecological vocation.”

Pope Francis calls all to “ecological conversion”, to be protectors of God’s handiwork as “essential to a life of virtue…not an optional…or secondary aspect of our Christian experience.” Most of all he believes that we can do it!

Paul Lucas, a retired Catholic School Principal, works at the Townsville Catholic Education Office and is active in creating care for our common home. Paul is a long term benefactor and friend of the Columbans.