Giving away a daughter to mission 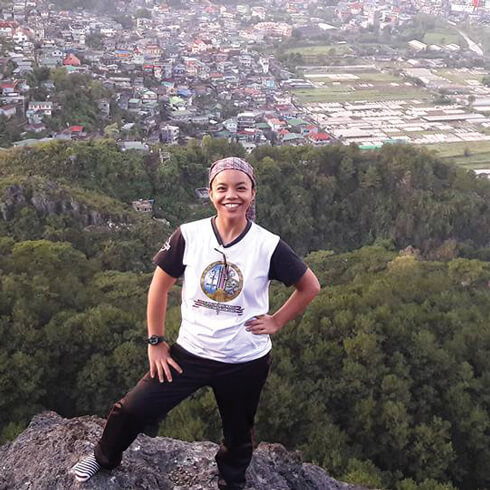 In December last year I had the opportunity to attend the mission-sending Mass for Hazel Jean Angwani at Santa Rita de Cascia Mission Station in Bontoc, Mountain Province, Phillipines. Twenty of us - Columban priests, lay missionaries and co-workers travelled from Manila to Bontoc in three cars. Our group included two lay missionaries returned from Pakistan and one who will be joining Hazel in Pakistan.

The Mass began with a procession. Hazel walked down the aisle of the church, arm and arm with her parents. I saw pride in the eyes of Hazel's mum but sadness in the eyes of her father. It was a powerful picture of the parents bestowing their blessing on Hazel and on the life she had chosen. They were giving her away to Columban Mission and to Pakistan. As a mother myself I could imagine the sadness her parents felt when Hazel told them that she had been assigned to Pakistan.

Giving the homily, the celebrant, Fr Michael Tokoyen, said that Bontoc had received missionaries from other countries and that it was indeed an honour to be sending one of its own parishioners to be a missionary to Pakistan.

After the homily, Hazel declared her personal mission statement:

To find meaning, fulfilment and value in living, I, Hazel Jean P. Angwani will:

Lead a God-centred life around the principles of love, joy, integrity, honesty, service to others and trustworthiness.

Remember the lessons learned and blessings given, remembering people who supported me in spirit and in prayers.

Recognize my strengths and develop talents as a person who is responsible, trustworthy, honest and hardworking.

Humble myself by acknowledging that I can be too stubborn, to not listen sometimes, reactive and short-tempered most of the time, and by constantly striving to transform my weaknesses into strengths.

Envision myself becoming a person who is:

She was then presented with a bible, a mission cross and a candle.

Hazel's parents prepared lunch in their house and her mother shared how she felt when Hazel had spoken to her about her last will and testament: “Columban missionaries are normally buried where they die. So if Hazel died in Pakistan, she would be buried there. If the family wanted to have her body returned to them, they would have to facilitate its transport.”

At first Hazel's mum, did not want to hear any of this. In fact, she cried while hearing what Hazel was saying. But realizing that Hazel's heart was set on going on mission, she listened and asked that if anything happened to her, she wanted her ashes brought back to the family. Then together with her husband she warmly thanked all of us present and the Columban community for our support of her daughter in her mission endeavours.

Mavic Mercene is a Columban Lay Missionary working in the Philippines.

Listen to "Giving away a daughter to mission"