A reason to live

Virgenia O. Vidad runs the Pedalling to Live project which was set up by Columban missionary Fr Oliver McCrossan. She relates how the project has helped Felmar, who has cerebral palsy, to continue his education. 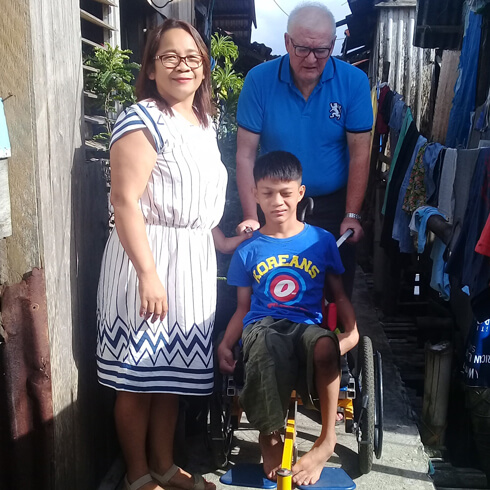 Columban Fr Oliver McCrossan set up the Pedalling to Live and Green Shelter project and one of its programmes was specifically aimed at identifying and helping children with disabilities.

The goal of the programme is to train health workers and day care workers to undertake basic interventions as well as to create a referral system to the different agencies that provide education for children with disabilities as well as rehabilitation and medication.

In 2011, I met Felmar Tano from Annex, Ozamiz City, who has cerebral palsy. He is one of those who has benefitted from our rehabilitation and education programme.

Felmar was born on March 15, 2003. He has two brothers. Felmar’s mother told us about some of the challenges she has encountered as a mother of a child with cerebral palsy. Felmar cannot walk, but he can move the upper part of his body.

Elma Tano is married to Fedil Tano who is a taxi driver. They live with their family near the coastal area in Annex, Ozamiz City.

Elma gave birth to Felmar in the local hospital. Sadly during the delivery, Felmar had suffered a lack of oxygen to the brain. The doctors told his parents “Don’t expect your child to be normal.” They were devastated.

Over time, Elma observed that the palm of Felmar’s hand was always closed and he did not move his body like other children. He was very sickly and regularly hospitalised.

When Felmar was six, a neurologist diagnosed him with epilepsy and mild cerebral palsy. He was prescribed medication but due to the cost Elma had to stop giving it to him. The Pedalling to Live project was able to help Felmar with daily therapy but after a year it too had to be discontinued due to the cost.

However, Elma enrolled Felmar at Special Education (SPED) School and carried him there and back as he did not have a wheelchair. Elma’s hope was that Felmar would learn to socialise with other children and to learn how to read and write and to take care of his personal hygiene which he has now achieved. 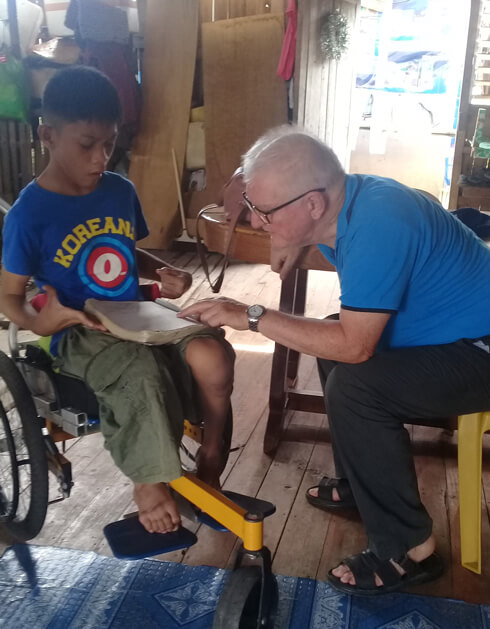 After a couple of years Felmar was transferred to a regular school so that he could be graded and finish his elementary schooling. There was some hesitation from his teachers at first but after a couple of months they reported that Felmar was doing well in his class and was an inspiration to his classmates.

Felmar is now in Grade 4, has been given a customised wheelchair from Wheelchair for Education in Australia and doing as well as he can to write with his stiff arms. Felmar has trialled an iPad which he finds so much easier than writing but his parents cannot afford to buy one for him.

His mother says she has great faith in God and hopes that Felmar’s dream to finish college will come true.

Virgenia Vidad is the Programme Manager for the Pedalling to Live project, Philippines.

Listen to "A reason to live"