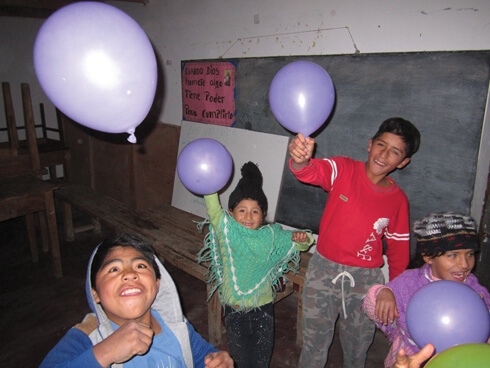 The Columbans are always challenged to be on mission to those in most need and at most risk and that comes straight from the Gospel and, in consequence, has become our charism. It was in response to this calling that, with the health ministry team from our parish, Our Lady of the Missions, we went out to San Benito, a very poor township on the northern outskirts of Lima.

There we heard the women say “The children, the young children, we have to do something about the children, they are at risk” and so began the work of the Warmi Huasi (Women’s House ) in San Benito, providing safe places for them to be and educating them to their rights and importantly how to protect themselves from abuse.

Four years ago we heard a similar call for help from a young Peruvian parish priest, who was based in the provincial capital of Pausa who had heard of the work of Warmi Huasi from a parishioner of ours. He said, "I am very worried about the children, especially in the smaller far away towns, as there is much abuse, physical, psychological and sexual. Please help!”

After an initial study in the second half of 2015, the Warmi Huasi team, relying on what we had learned from our experiences in San Benito in Lima, set up a reading club first in Pausa and then in the outlying town, an hour away by bus, called Lampa. The reading club was for children aged between six and 12 years of age.

Pausa, being the provincial capital, is where all the authorities live and work from, the provincial mayor and councillors and the health, education and judiciary functionaries. We needed to show them what could be done so that they would be on side in our work in the more remote towns and villages.

Two years later 140 children were participating regularly in Pausa and 48 in Lampa. Each club then formed their own childrens' committee which was recognized by their local municipalities, with 52 children participating. That way, their voices could be heard by the adults in their communities and they could make proposals to their local municipalities on the need to provide safe places for the children to play in and also suggestions on how to clean up the rubbish and make the environment safer in their towns.

A big bonus from the work of the Warmi Huasi team to the benefit of children and adolescents was the recognition by the Provincial Municipality in Pausa of the expertise of our organisations as consultants to them in their child protection policies.

In Peru, each municipality is obliged legally to have a COMUDENA, (Committee for the Rights of Children and Adolescents), but often they existed only on paper.

In Pausa, the Warmi Huasi team encouraged the setting up of the committee, which is now in place, and monitors its progress, offering workshops to help the different municipal offices know their responsibilities along with the leaders of the local communities and the representatives of the Police, the Judiciary and the Ministries of Education and Health.

Over 5,000 children and adolescents who live in the province indirectly benefit from the work of Warmi Huasi with the COMUDENA of the Paucar de Sara Sara provincial municipality, as the now pro-active committee there to teach them their rights and defend them from abuse. The use of local radio programs has also been an effective way in which the children in Pausa, along with the Warmi Huasi staff member, can communicate with all the children of the Province and invite them to events and share with them how they can protect themselves. 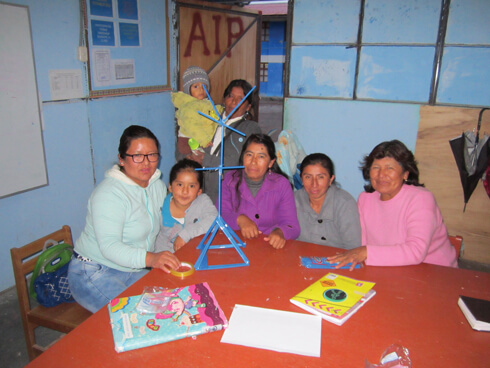 The local communities in Pausa and Lampa are now more aware of the need to protect and to listen to the children and the news is spreading around the villages and towns of the county of Ayacucho about the reading clubs and the growing voice of children demanding they be treated with dignity, that their rights be respected and that they be not mistreated or abused.

Watch this space, as this year in Ayacucho we are planning, with the children, to set up a mobile reading club to reach isolated villages and also to run a study club for adolescents who, in the last years of secondary school, are preparing themselves for university. All help welcome!

Columban Fr Ed O'Connell began his mission work in Peru in 1973 and is the safeguarding officer for the Columbans in Peru.

Pepito lives in Ayacucho and comes from a broken home. Some years ago his father left home, leaving behind Pepito’s mother and his two siblings. He used to slip out of the house so he didn’t have to work on the farm and would argue constantly with his mother and complain about how little time she had for him.

With this background, and at eight years of age, Pepito joined the project in August 2015, and in discussions he showed that he liked giving his opinion about children’s problems. He did this because he understood all of these problems only too well.

Now, three years on, Pepito is one of the best readers in the Reading House. He is one of the most active and enthusiastic members of the Children's Committee. He likes writing and has won theatre competitions.

His mother supports him and feels really proud of how much Pepito has progressed.

Although there are still improvements to be made, we know that Pepito feels hopeful and confident that he can choose a better path in life now that he can see the future differently. This is because he feels his opinions are valued and he sees how his decisions can contribute towards helping other children improve just as he did.

Note: In accordance with the Child Safeguarding Policy, the name of the boy in this story has been changed to protect his identity.