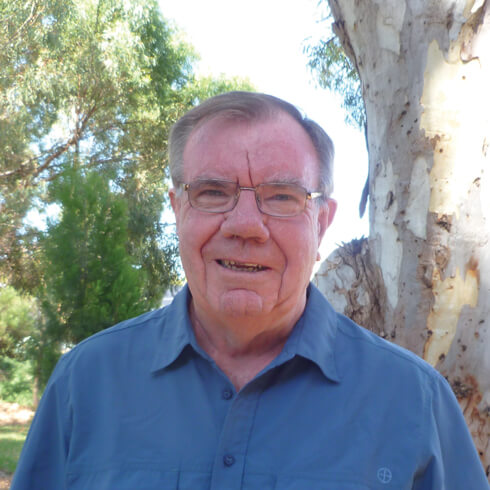 Members of St Columbans Mission Society join with many others around the world in mourning the death of Mgr. Denis Edwards, a priest of the Archdiocese of Adelaide, Australia, and inspiring teacher and theologian. Mgr. Edwards spent much of his priestly life researching and writing, lecturing and promoting the link between ecological science and Catholic faith. He died suddenly on March 5, 2019, in Adelaide after suffering a stroke.

Requiem Mass for Mgr. Edwards was celebrated at St Francis Xavier’s Cathedral with Bishop Greg O’Kelly SJ, presiding, with concelebrants, Bishops Charles Gauci and Eugene Hurley from Darwin, many priests of the diocese and elsewhere and a packed Cathedral of family members, friends and the people of Adelaide.

Mgr. Denis was born on December 10, 1943 in Port Pirie, South Australia, and was ordained priest on July 9, 1966 in St Francis Xavier’s Cathedral. In her eulogy at the Requiem Mass, a grandniece spoke of the mutual love and appreciation that Denis shared within his family.

A senior lecturer in theology at the Australian Catholic University's Adelaide campus, Mgr. Edwards was awarded an Order of Australia Medal in 2012 for his contribution to the Archdiocese and to theological education. Fellow lecturer and friend, Rev Dr James McEvoy, recalled some of the contributions Denis made to develop the ecological tradition of the church and his contribution to eco-mission globally.

A founding member of the International Society for Science and Religion, Denis wrote 14 books on the dialogue between science and faith, many of which were published by Orbis Books of the Maryknoll Missionaries. He was a sought-after speaker around the world and in 2015 was awarded an honorary doctorate from the Faculty of Catholic Theology at the University of Fribourg in Switzerland.

In Adelaide, Mgr. Edwards chaired the Catholic Diocesan Ecumenical and Interfaith Commission for five years. From the 1990s he worked with members of the Earth Bible ecumenical team which laid a foundation for the development of a liturgical Season of Creation for September.

Denis was a member of the original group of experts consulted by the bishops of Australia prior to the establishment of Catholic Earthcare Australia in 2002.

This diverse group was made up of women and men, young and old, laity and clergy, sisters and teachers, politicians and scientists.

Mgr. Denis Edwards has long had an association with St Columbans Mission Society. He was one of the priests to warmly welcome their mission promotion team to the Adelaide Archdiocese in 1987. In 2002 St Columbans College, North Turramurra, with Denis’s involvement, hosted the initial consultation which lead to the formation of Catholic Earthcare Australia. Columban Fr Sean McDonagh collaborated with Denis for lectures in Australia and in Rome in the consultation preparing for the publication of Pope Francis’ encyclical, Laudato Si’, on care for the earth as our common home

At the Requiem, Bishop O’Kelly said, “Denis has been a wonderful contributor and mainstay of the Archdiocese, a rock of strength for many. His writings gifted the Church across the world. He carried with him a prayerfulness and humility that clothed his scholarship.” In his homily, Fr Philip Marshall said the church had been “blessed by Mgr. Denis’ faith, his love and his presence among us”.