How life has changed

"I was able to go to Manila once a year to make a phone call home. The difficulty of communicating in those days was something we took for granted". 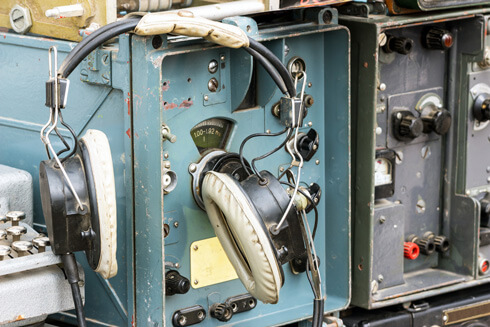 I had just arrived in the Philippines shortly after ordination. It was 1973 and something unprecedented was happening back home in Ireland. Limerick had made it to the all Ireland hurling final! Anyone who has followed the fortunes of Limerick over the years will know how big a deal this was.

Desperate to find out news of how the match went, I got my shortwave transistor radio all set up in the presbytery. For the younger generation this might not mean much, but for those of us who existed before the internet and mobile phones, we've experienced the radio (particularly when in a remote location overseas) as an absolute lifeline.

Because of the climate we had a Mass at 6.00 am. The sports round-up was due on the BBC World Service at what was 6.45 am Philippines time. I had practised tuning in time and time again in order not to miss the crucial news that morning.

On exiting the Chapel I rushed to the radio and got a reception just as the announcer was saying: "In this edition we'll be hearing all the latest from golf, athletics, etc., as well as a report from Dublin on the all Ireland final between Limerick and Kilkenny." Waiting with baited breath, it felt like the sports round-up was the longest one in history... when will they ever get to what I want to hear I thought?! Then the announcer said: "We're crossing live now to Dublin"... at which point the crackly transmission became ever cracklier and quickly faded into oblivion. No amount of twiddling the dial and eventually hammering the wretched transistor would bring back the voice that was telling me what I was desperately waiting to find out. My heart truly sank and I could only resort to the serenity prayer: Grant to us the serenity of mind to accept that which cannot be changed; courage to change that which can be changed, and wisdom to know the one from the other.

Reader, it was TEN days before I heard the result of the match!! And yes Limerick won the final - for the first time in over 30 years! The local Philippines people looked slightly bemused that day at my whoops of delight!

I was a missionary in the southern Philippines for 14 years. I was able to go to Manila once a year to make a phone call home. The difficulty of communicating in those days was something we took for granted.

I also recall our General Chapter in 1986 in Korea: throughout the worldwide Columban society, we had just two fax machines - one in Japan and one in the United States - so we had to be resourceful to get messages out. The brother of a Columban in Dublin was a businessman and had a fax machine in his office, so we managed to get the documents sent through to there and then posted in an envelope to our main house in Ireland. Laughable now, in the era of immediate communications!

Digital prayer: the daily office on the iPad.

In the 1990s I was back in Ireland then I returned to the Philippines in 2000 for another 18 year stint. At that point I hadn't acquired a mobile phone and what really surprised me on my return there was that everyone had one. I nearly fell over with shock at seeing one of the street sellers outside the Cathedral, struggling to make a living by selling candles - and then pulling out his phone after the crowds had gone inside. It was an extraordinary sight back in 2000. But now the Philippines is the country that sends out more text messages than any other country. The revolution in communication has happened in such a short space of time.

After the long delay in getting the news from home, there was sweet consolation in hearing the result of that match back in 1973. And, would you believe, Limerick won it again last year. But this time around, having just retired from my life on the Missions, I was back home in Ireland for the match.

A glorious moment which my fellow Missionaries from Limerick - still posted in far flung corners of the globe - will have been able to watch in real time on Twitter. How life has changed!

Listen to How life has changed