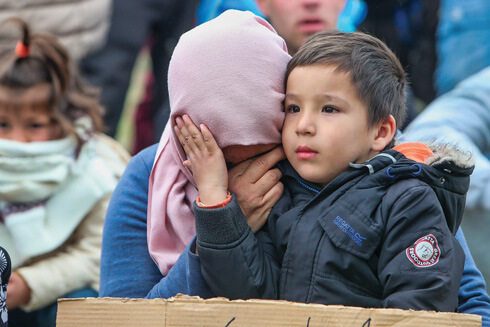 "Xenophobia and aporophobia (fear of poverty and poor people) today are part of a populist mentality that leaves no sovereignty to the people. Xenophobia destroys the unity of a people, even that of the people of God.”

No one who has been following the activities of Pope Francis these past six or so years will be surprised by this condemnation of disdain for foreigners and the poor.

The 82-year-old Pope made the remarks during a long conversation with fellow Jesuits during a pastoral visit to the East African country of Mozambique in early September.

He noted that xenophobic people "are tempted by a form of sterilized sociology, where you consider a country as if it were an operating theatre, where everything is sterilized: my race, my family, my culture… as if there were the fear of dirtying it, staining it and infecting it."

The Popes had never celebrated a special Mass to mark the occasion, but limited themselves to reminding people of the World Day during the Sunday Angelus. Since 2005 that was always in mid-January on the Second Sunday after the Epiphany.

But at the request of various bishops' conferences, Pope Francis decided to move the celebration of the World Day of Migrants and Refugees to the last Sunday of September.

And to mark the occasion he decided to preside at a multi-lingual Mass outdoors in St Peter's Square. It is only the second time that there's been a papal liturgy on the World Day. The first was in January 2018.

"It's not just about migrants." That's the title of Francis' written message for this year's commemoration. The Pope says the issue of migration is also about "our fears over charity and our humanity." It is "a question of seeing that no one is excluded," It is about all people!

That a spirit of dialogue, encounter, and reconciliation emerge in the Near East, where diverse religious communities share their lives together.

That every country determine to take the necessary measures to make the future of the very young, especially those who suffer, a priority.