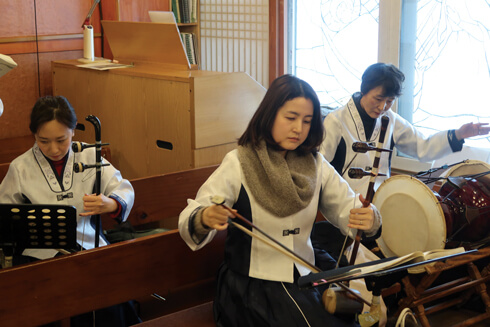 In the Gospel of Matthew 13:52 Jesus describes the Kingdom of Heaven as being like a householder who brings forth treasures new and old from his storeroom. Theologically, the Catholic Church believes that the ‘People of God’ is a visible expression of God’s Kingdom on earth manifesting God’s presence in the world through the interaction of the Holy Spirit with the varied cultures the Church meets on her human journey. Nevertheless, this meeting of the Holy Spirit with new cultures challenges the Church to incorporate into its liturgical and faith tradition the unique gifts any given culture has to offer. Recently during a short visit to Korea, I had the opportunity to experience something of Jesus' vision of the Kingdom of God being like a householder bringing forth gifts new and old.

Modern day Korea has undergone massive cultural and technological changes. At first glance, it seems that Koreans, in their rush to embrace modernity and all things technological, have cast aside their cultural past.
The Columban Fathers working and living in Seoul told me, by way of example, that many younger Koreans who have been born and raised in Seoul have severed their ties with the villages in the countryside where their parents came from. This is especially noticeable at the time of the summer harvest festival of Chensok in August when most Koreans try to return to their ancestral homes in the country to perform the traditional rites remembering their deceased ancestors. Witnessing the modern panorama of life in Seoul first-hand after a long absence, I wondered how the younger generation might be reacting to the pressures of living in a fast paced and thoroughly modern world in contrast to the more traditional Korea I knew nearly forty years ago.

In Seoul I caught up with a young Columban from Chile, Fr Gonzalo Borquez, whom I had known when he was a seminarian in the Columban Formation Programme in Santiago. Fr Gonzalo had done his overseas training in Korea as a seminarian and had returned there after ordination. 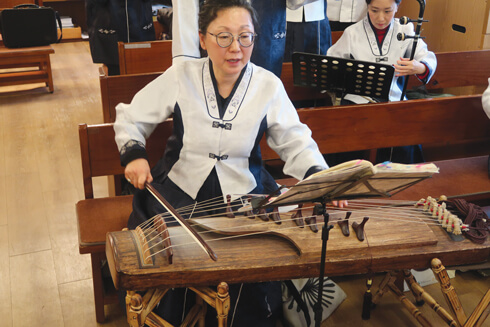 Since I had also been in Korea from 1980 till 1982 on overseas training and knew something of the Korean language, Fr Gonzalo invited me to come with him to Nak Song Dae Church on the south side of the Han River where he had taken on a commitment to celebrate Sunday Mass at 2.00pm in the afternoon. On the way to the Church on the train Fr Gonzalo told me that I might find this Mass a little bit different.

The actual Church was more like one of the chapels I was used to in Latin-America where I had worked since ordination. The congregation was a mixture of Catholic university students who were attending the local Catholic university across the road from the Church and some adults. Fr Gonzalo told me this was his final Mass at Nak Song Dae Church since he planned to begin working as a chaplain to the Catholic university in Mokpo soon after.

Sure enough, to my great surprise, a group of traditional Korean musicians, playing instruments that belonged to an era when Korea was truly a hermit kingdom, proceeded to lead the music and singing during the Mass that Fr Gonzalo celebrated. The music group called themselves Our Voice Traditional Choir. They explained their musical instruments and their names: the drum called Jangu, and two stringed instruments named Haegeum and Ajaeng. The group members said they had all been influenced to begin playing Korean traditional music by a previous master who had handed on his love for this music to them. Then as Catholics they began to play the hymns at the Sunday Mass in this traditional Korean style.

Both I and Fr Gonzalo were struck by the sincerity of this group of traditional musicians who wanted to promote a love of the faith at the same time as a love of traditional Korean music. I could see that it would have been a real challenge to not only learn these instruments but use them in the Mass as they didn’t seem all that easy to play nor to carry. I could only marvel at the strong commitment of this music group whose love of their faith in Jesus had led them to express it in such a way that helped other Christians present to appreciate the gifts both old and new that God continually bestows on his people and His Church. 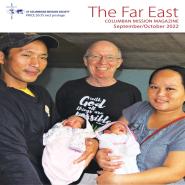