An inspirational and sensitive man 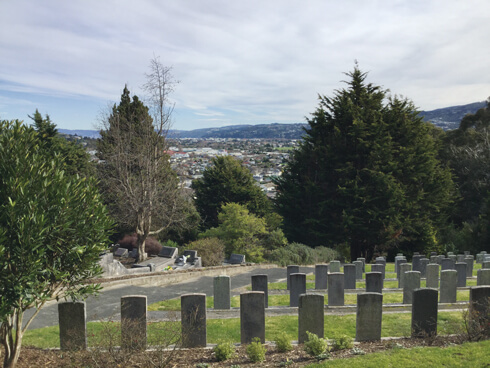 His origins were in Lyttelton where his parents and family were known as people of faith and integrity. From his youth he chose to walk in the footsteps of Francis Douglas, Emmett McHardy, Tom Rillstone, Arthur Price, Hub Hayward, Tom Cunningham and others who served across the world as Columban missionaries.

After ordination to the priesthood in 1960, he joined the few Kiwis who were to make a significant contribution to the Catholic Church in South Korea. He learned to communicate with language, adapted well to culture and customs, and, more importantly, got on well with people. Known as Koh Ma-un Shinbu, he lived and worked in the growing neighbourhoods of post-war cities.

The dioceses of Seoul, Pusan and Kwangju commissioned him to promote sound pastoral and spiritual practice in a number of emerging parish communities.

A man of humble convictions, he valued the insight that God meets and accompanies good ordinary people right where they are.

In retirement, the people, places, events and experiences from across Korea remained alive in his memory. To the end he was knowledgeable on a wide range of social, political, military and religious issues. After a stroke impaired his mobility, he shaped a personal end-of-life routine around memory, gratitude and patience.

For 14 years he established a quiet presence at the Home of Compassion, Heretaunga, in the gracious care of the health care staff. He was supported by family members, along with Columban colleagues, the Sisters of Compassion, the Marist Fathers at Marian Court, and the local Korean migrant community who held him in high regard.

As death came gently towards him, he remained an unpretentious, sensitive man of few words. May he rest in peace.

Listen to An inspirational and sensitive man