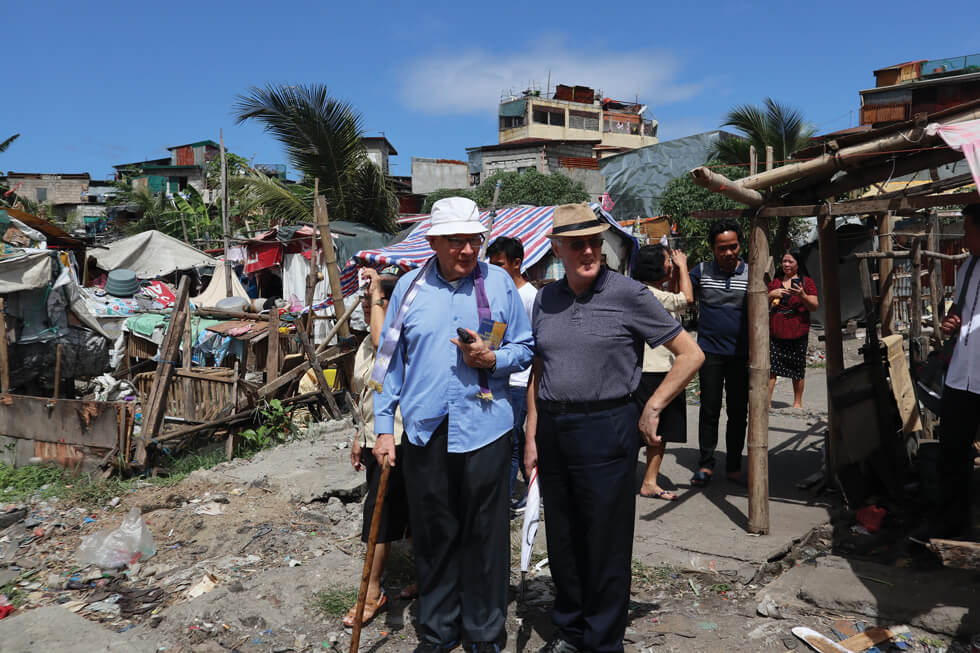 The village of Parola, Tondo, is a shantytown where the Pasig River and Manila Bay waters meet. It has been five years since a huge fire completely gutted it. No one is sure as to how the fire started but since the houses are closely packed, they were all destroyed, along with the community Chapel and everything inside it.

Fortunately, 20,000 people escaped but with little more than the clothes on their backs. Though many of them were small children or elderly and infirm, no life was lost.

The Government made no effort to reconstruct the area and make the area more fire-proof and accessible to fire engines. So the people themselves began rebuilding their shacks little by little. Unemployment is high and wages are low, yet they gradually improved their humble dwellings.

The houses are now restored, some of them up to four storeys high. They consist of small one-family rooms, linked by very narrow stairways. Because of overcrowding, the living conditions are barely human. There are no facilities for recreation.

Living in this kind of environment naturally gives rise to regular mortalities. Wakes are then frequently held along the narrow pathways since the houses are so small. Often, the grieved family cannot afford the funeral expenses, so the neighbours play cards and the winners share the money with the bereaved family. They keep playing cards until enough money is raised and that is why some wakes go for a few days or longer.

The chapel of St Ezekiel Moreno has now been restored and serves as the location for inspiring liturgies and other community activities such as feeding programs and meetings. Every Sunday I go to Parola with four of our seminarians to celebrate Mass in the Chapel and take communion to the sick and housebound.

After visiting the families, the seminarians meet with the youth and try to organize them into a cohesive youth club. These children are very talented but need facilitation and guidance.

The call of Pope Francis to go to the peripheries of society and be with the poor is in our minds and hearts on these occasions. The seminarians gain so much from their exposure to such poverty and deprivation and they are inspired by the people’s faith in God and their hope in the face of all the difficulties of their lives.

Columban Fr Keenan went to the Philippines in 1966 and is now based in Manila.

Listen to "Living in sub-human conditions"