This is worse than Iraq 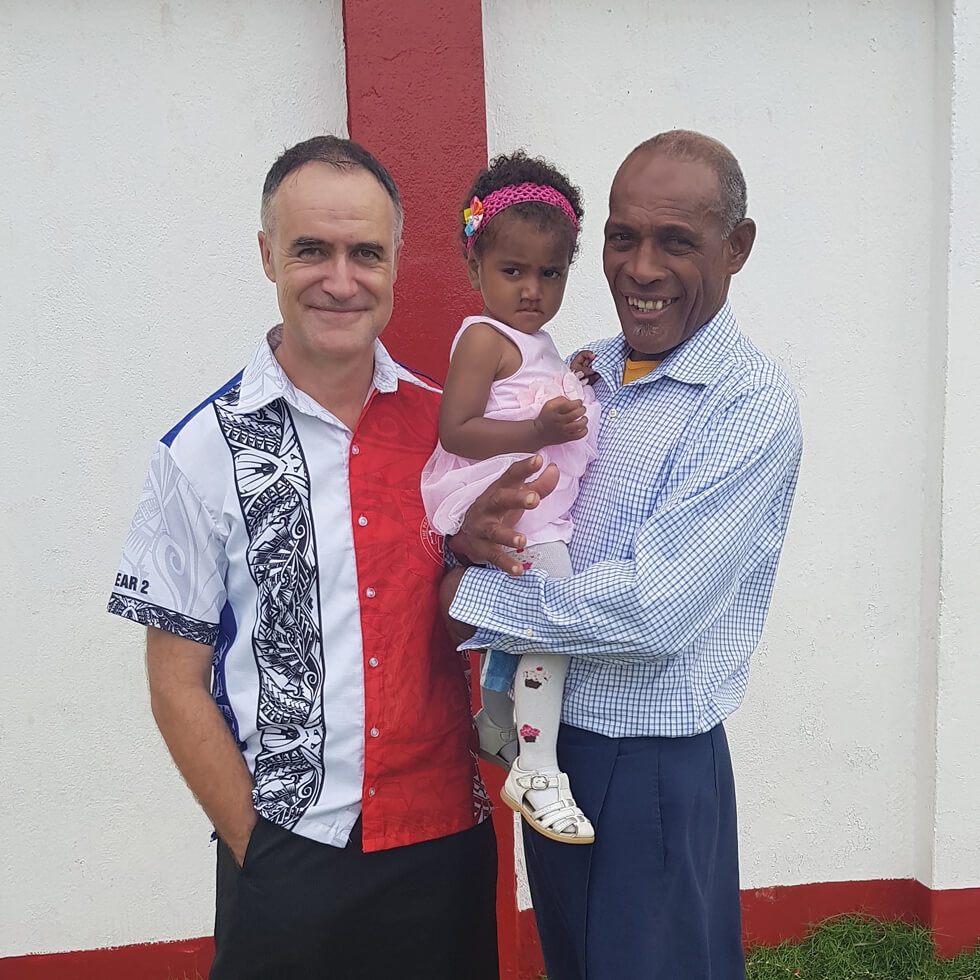 Knowing I would have some free time over Christmas due to our seminarians’ home leave, I volunteered for duty on one of Fiji’s outlying islands called Koro.  It is in the Lomaiviti Group and part of the Marist parish of Levuka whose priest makes monthly visits to it and other islands in the parish boat.

I took a ten hour ferry from Suva, and amidst a quite chaotic disembarkation of people, farm goods, lorries, cartons and animals I was picked up by a parishioner and brought the 45 minute drive to the village of Nacamaki. This has been a place well known to Columbans as a good venue for improving one’s Fijian language, and is both picturesque and the essence of welcome.

Its beauty, however, changed radically on February 20, 2016 with Tropical Cyclone Winston, which absolutely flattened Koro Island, and many other parts of Fiji. Houses with all their belongings were swept into the sea. Coconut trees, normally so resilient to wind, snapped in two and have never regrown.

At least 19 people, and countless animals, were lost on Koro alone, and the comment of an Australian soldier on seeing the apocalyptic scene in a post cyclone relief operation was overheard by the locals: ‘This is worse than Iraq’!

In previous times, I would have stayed in the small priest’s house beside the large Catholic church in the village. That is no more, and I lodged instead in a room in the catechist’s house. While the roof and all the contents (minus a small tabernacle) blew away, the walls of the Church remained, and the people, with the help of a Fiji army contingent, replaced and even painted them.

Relief did arrive in terms of water tanks and $4,800AUD donation to each family to rebuild their  homes. Many families have now relocated to higher ground and their houses are in a lesser or greater stage of construction.

I did get the feeling, though, that a sizeable amount of trauma remains in the people, and during the nightly ‘grog’ (yaqona) sessions, I would ask them of their memories of that day. I never ceased to be moved by their stories of resilience, faith and prayer. Apparently the young men wrapped all the ladies, children and elders in a huge tarpaulin on their rugby field during the worst of the wind and somehow managed to keep them safe.

The people literally had only the clothes on their backs, and a few cans of rice that were rescued from the waves rapidly filling the village shop.

Their parish priest happened to be there at the time, and although shivering badly in his wet clothes, somehow got the parish van up a hill and rescued a chain saw with which the young men then cleared the road all the way to the surrounding villages and the wharf from where help would eventually arrive.

During my own short visit another hurricane skirted by and caused the cancellation of my return ferry for a week.

I have to say I too did feel some panic hearing the corrugated iron over our house noisily straining and very large waves crashing in not more than 30 metres from the catechist’s house where I was sleeping. But thankfully it passed on, and we all boarded our boat a week later, this time with mainly kids going back to mainland schools, enormous quantities of food crops, islanders returning to work in Suva and the odd missionary, NGO worker and tourist scattered here and there.

So a fairly chaotic, but meaningful and even a fun-filled beginning to 2020 – who knows what else will cross any of our paths this year?

Listen to "This is worse than Iraq"