When the light shines again

Fr Shay Cullen writes about how a young boy, rescued from illegal detention in the Philippines, is learning to rebuild his life with the help of the Columbans. He tells of another young boy who was rescued from a gangster drug dealer. 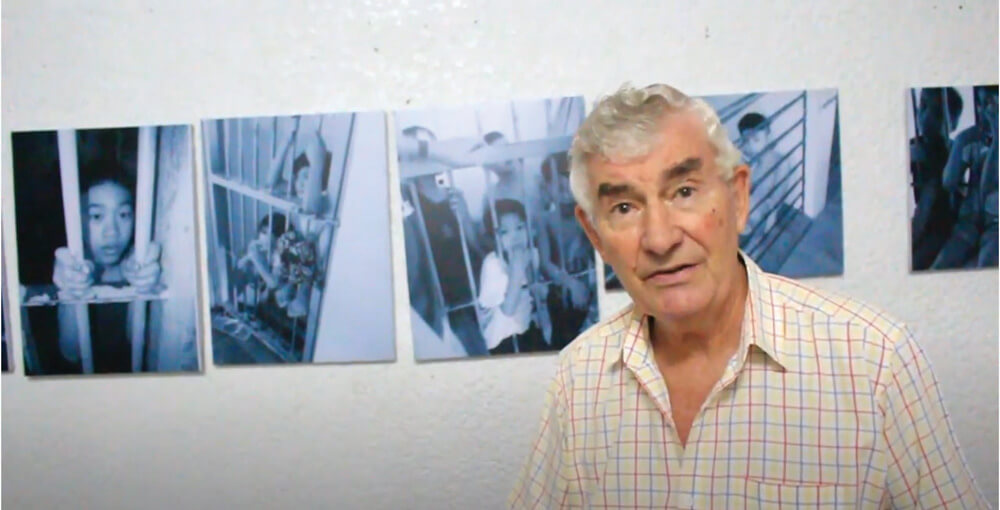 It was a happy day for Joshua. He graduated from the People’s Recovery, Empowerment Development Assistance Foundation (PREDA) vocational training program and proudly held a student’s driver’s license and his graduation certificate while the camera clicked to record the moment and everyone there applauded. It was his day when the light shone for him.

He had completed and passed his driving test at the PREDA Home for Boys and completed a course in shielded metal arc welding. He can apply for a job as a basic welder or driver when he gets his license. He was only seven months in the PREDA program and his life had dramatically changed in that time.

Joshua was once a child prisoner, locked in a small bare prison cell with graffiti on the walls, a hole in the floor for a toilet and what a dark dangerous smelly place it was. The dark dungeons of Dicken’s novels were the only comparison.

He became a fighter, a rebellious child prisoner. He opposed all authority; even the cell boss-man couldn’t control him so they beat and kicked him. The world for Joshua was a mean and dangerous place where his survival was threatened every day. They fought over the small food allowance of rice and expired cans of fish. He fought off the bigger youths who tried to rape him. He kicked, gouged, and defended himself.

The day came when he was saved from this hellhole of misery. He was released from the unjust and unnecessary detention. His only so-called crime was that he was homeless and broke curfew. His father died when he was ten years old and his stepfather beat him and cursed him. He ran away and took to the streets; there was no home, no acceptance, just rejection. The local officials locked him in the youth detention centre where the PREDA social workers found him bruised, angry and rebellious.

With the release order signed by the judge, he came to the PREDA home for boys in the countryside without fences, no cells just freedom and friendship. It was not an easy transition. His old survivalist ways dominated. He bullied others and fought for dominance, as he believed that was what he was supposed to do in this world. He had learned on the streets and the jail cells that no one cares, no one helps, no one loves him.

That changed day by day as he realized that he was cared for, that he was respected, no one bullied him, he joined values-formation sessions, education classes and slowly he realized he had landed in a family that cared.

He was respected for the first time in his life and was free to choose to stay and to change and learn. He had emotional release therapy and screamed out his buried pain and hatred for the abuse he suffered. He joined the sports, the outings, games and picnics. Soon, he was taking vocational training. He was transforming. He tamed himself.

He is now a happy, intelligent matured youth together with twenty classmates who are also growing and changing at the PREDA Home. Most of them are also taking the vocational training course as part of their diversion program under the Philippine Juvenile Justice and Welfare Act (JJWA) or Republic Act 9344 that promotes restorative justice rather than harsh punishment. His graduation day and chance to be reintegrated into his sister’s family was when the light shone for him. It was a new day, a bright shining moment when he knew that he was truly accepted and respected as a person of value, had true friends, and would be helped to succeed in life.

Benjie, only 16, has completed many hours of electrical repair training and driving which will be a good chance for him to get a job when he leaves the PREDA Home and becomes of legal age. He has completed his Alternative Learning System (ALS) education that is a substitute for the years he missed in high school after he was arrested for taking and possessing illegal drugs. He discovered his true self, has human value and dignity at PREDA home for boys. Thousands have been helped since 1974 to find recovery, peace and success in life. The light has shone for many like Benjie. His life story is a sad one as he tells it.

“My parents are separated; I was left with my grandmother in the slums when I was 10. Lola, my grandmother, became old and sickly because we had no money and I begged for food. When I was 14 years old I tried to support her by selling vegetables from the open market but it was wasn’t enough for survival. We ate the rotten ones and bought pag-pag (uneaten leftovers from restaurants). Then a drug dealer recruited me, offered me cash, food, and then drugs. I got hooked and I owed him money and worked for him. This gangster drug dealer controlled me. There was no way out. He threatened me, would kill Lola if I ran away and refused to deliver his dirty drugs. I was set for a life as a criminal and would likely be dead because of the war against drugs. If I was not saved by PREDA and the lawyer from the Public Attorney’s Office, I would have been killed for sure.”

When PREDA social workers intervened and the judge agreed to send Benjie to PREDA, the light shone for him. He graduated and has a bright future ahead of him. He can make his way in life and will succeed and his children will learn the values of respect and love and dignity.

As many as 1,230 children are confined today in youth detention centres as far as we know. There could be more that we do not know. They are deprived of liberty and behind bars or in cages around the Philippines. The PREDA Foundation has campaigned for the release of the children and as of today, the number released is 323 children. There is hope and we must continue to advocate for the release of the unjustly jailed children.

Columban Fr Shay Cullen SSC has been a missionary in the Philippines since 1969 and is the founder of PREDA (People’s Recovery, Empowerment Development Assistance Foundation).

Listen to "When the light shines again"