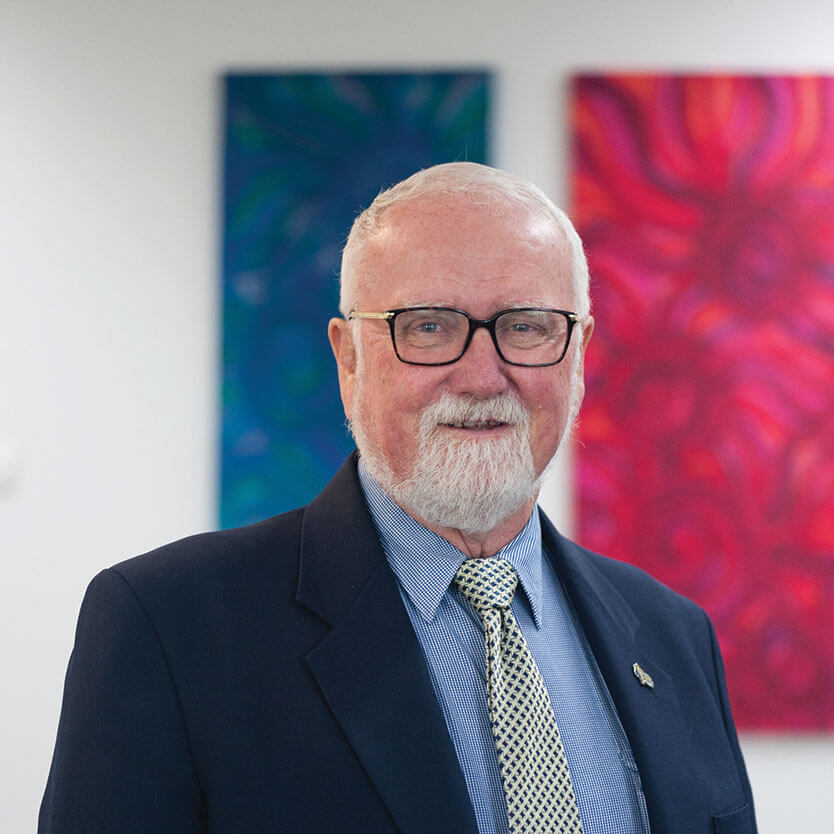 Father John Noel Connolly was a storyteller. Never cavalier in his choice of tales, the Queensland gold-mining town of Gympie, where he had been ushered into this world on 24 January 1945, was a starting point for many a yarn delivered in the classroom, from the pulpit or around the dinner table from which he would pull a poignant insight, salient lesson or obscure gem of wisdom.

Stories of Church life often began with his father’s relationship with the parish priest. Experiences as an altar boy, life at the parish school and education at the Christian Brothers’ St Patrick’s College were not only further grist for his stories but also the foundation of the life that brought him to the Columban seminary at Sassafras in Victoria in 1963.

It was the beginning of a journey from gold-mining Gympie to coal-mining Hambaek, deep in the mountainous regions of South Korea, and onwards towards a future not imagined.

As a seminarian at North Turramurra in Sydney’s northern suburbs, he delved deep into his lifelong studies of the mysteries that fascinated him.

Although belying the pithy tenet that a tidy desk reflects a tidy mind, his room was a showcase of the breadth of his interests. A visitor was warmly welcomed, then treated to a knowledgeable dissertation on the art displayed on the walls, aspects of philosophy, literature, history, theology or politics retrieved from notes scattered across his desk and floor, teetering on the bookshelf or strewn under the bed.

On a different bent, but with equal enthusiasm although with a less credible air, he would regale on Queensland’s chances against New South Wales in the State of Origin rugby league clash.

In welcoming people, he forsook the gritty aggression he showed in the rugby scrum in favour of a gentility, acceptance and affirmation, which in later life allowed him to drive sometimes unpopular and controversial policies without alienating personal affection or respect from those with whom he disagreed, during his 12-year stint as vicar to the Columban superior general.

Ordained in Gympie by Bishop Henry Kennedy on 8 July 1969, he immersed himself in a life that he described as a vocation to inspire holiness and hope, through witness to the presence and activity of God in human affairs. 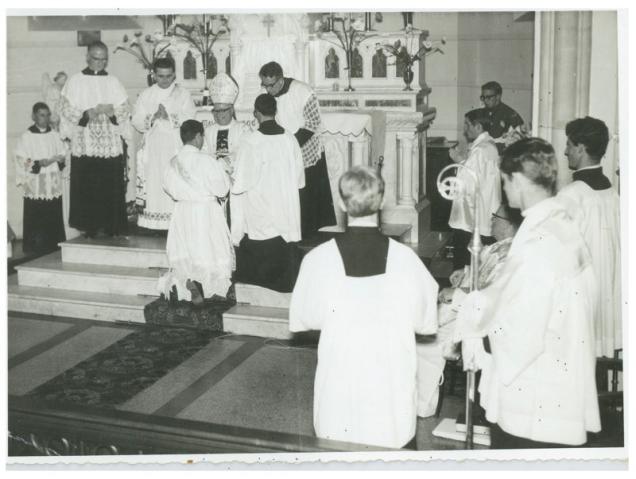 The following year he sailed to Seoul in South Korea. His own words describe his short years there as a struggle against his own ignorance, but also as a time of learning and developing a love of and appreciation for the rectitude of a people born into a cultural and religious environment not his own. It was an experience he carried with him for the remainder of his life and evidenced in his ministry as a priest, teacher, administrator and writer.

In 1974, he went to study moral theology at the Alphonsianum University in Rome, before returning to Australia to teach in the seminary from which he had graduated some six years previously. His disciplined and enquiring mind saw him take further studies in economics, anthropology and business studies, while at the same time becoming a founding father of the Korean Catholic Community of Sydney.

In 1979, he became rector of the seminary and director of the Pacific Mission Institute (later Columban Mission Institute) and at the tender age of 34 was faced with the challenge of organising an institution that would accommodate seminarians, men and women religious, as well as laypeople in an atmosphere of prayer, reflection, study and recreational life.

It was a daunting task and one for which there was no model, but his leadership qualities came to the fore in an atmosphere that required a combination of strict focus, compassionate reconciliation, flexibility, sociability and conviviality, as well as a tutored imagination.

In 1988, he was elected vicar general of the society and during the following years travelled widely throughout areas of Columban commitment in the Americas, Asia, Europe and the Pacific region.

Commitments to mission education and as regional director of the Columban region of Australia and New Zealand followed, in what transpired to be a build-up to what was arguably the biggest and most difficult challenge of his packed life—promoting a new paradigm for the Church in Australia.

Although he had been struggling against a cancer growing within his body for nearly two decades, he readily agreed to postpone retirement and take to the road as part of the preparation for Australia’s fifth Plenary Council.

He listened with patience during his many engagements in the spirit of the listening Church he believed in, and encouraged people to listen to what the Spirit is saying. He spoke with enthusiasm of the sense of faith possessed by the community of souls that make up the Church, quietly explaining the difference between the well-known Church that teaches and the less-known, but more desirable one that discerns.

It was a mission tailor-made for the storytelling missionary. Although the elusive line between fact and fiction in his yarns could rival the best of parables, the poignant insight, salient lesson and gems of wisdom continued to emerge from even the messiest and diverse discussions.

Known as John to his family, he was Noel to the world, but remained the loving son of the late-Noel John and -Sarah May Connolly, faithful brother to Anthony and deceased sister, Mary, devoted priest and Columban, until his life ended on the evening of 6 June 2020 with his death in Concord Hospital in Sydney.

Noel loved the world and loved people. He believed in the bounty of the blessings received from investing in the truth and above all, he loved God, the trace of whose finger in the arena of human affairs he spent a lifetime discerning.