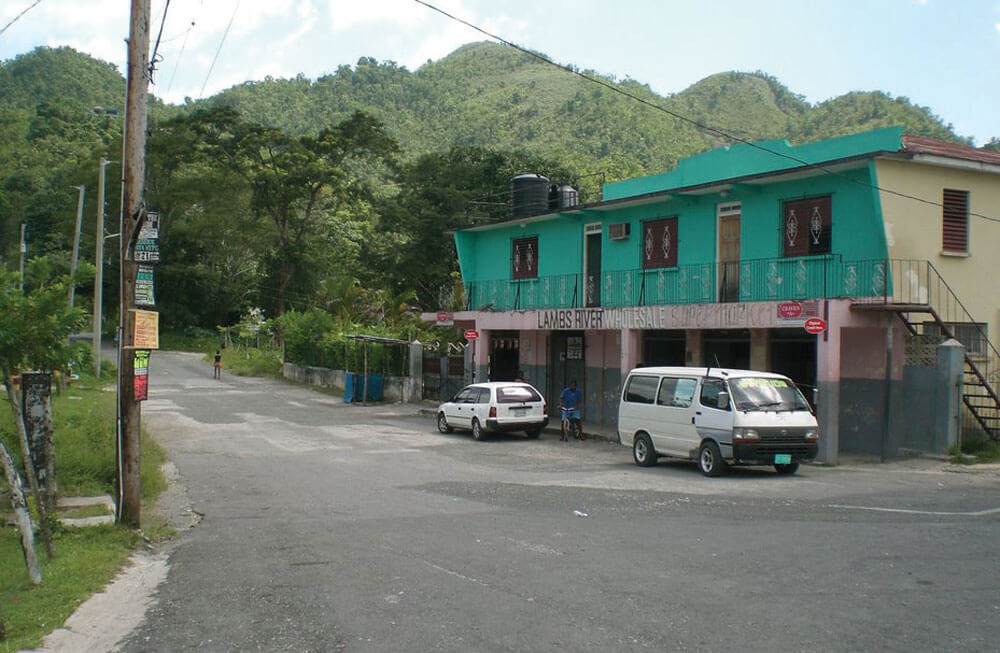 Fr Bobby Gilmore ministered in Jamaica 1992-99. In 1999, he returned to Ireland and set up the Migrant Rights Centre, Ireland. He writes about the significant contribution immigrant remittances make to two economies.

As I sat in the shade of the rectory veranda each Wednesday at about eleven o’clock Miss Ellen would pass by going in the direction of Lamb’s River. In Jamaica, Lamb’s River is a town. In most countries, it would be just a country village. What makes Lamb’s River more important than Seaford Town, where I am taking in the view from the veranda, is that Lamb’s River has a post office. For a long time I wondered why Miss Ellen was so regular on her weekly pilgrimage, formally dressed, always carrying an umbrella and her purse.

One morning my nearest neighbour, Spencer, taking a breather from mowing the grass in the churchyard, on seeing Miss Ellen pass by, remarked on the purpose of her weekly pilgrimage to Lamb’s River. She was going to the post office to collect the money her daughter Marjorie sent her each week from Toronto. He then added that many families in the area depended on the weekly remittance from their family members who were immigrants in the United States, Canada and Britain.

A crisis of papers unfixed, two three jobs as a domestic and weathering the cold, the barrel in her kitchen-corner a ship’s hold, constantly waiting to be filled.
Grace Nicholls, Jamaican poet

Worldwide there are about one billion internal and external migrants and immigrants. They contribute to economies in a wide variety of disciplines from medical consultants to humble but important carers, as we know in the present pandemic. Immigrants do the tasks the indigenous population find unattractive. Note the recent importation of farmworkers to harvest and plant foodstuffs all over the European Union. So-called low-skilled migrants are essential in the economy. If undocumented, they should have priority in regularisation.

Last year recorded remittances from immigrants working outside their home countries amounted to more than US$550 billion. Other informal remittances by hand are not record-ed. Therefore, that figure is much higher. That outstrips foreign direct investment and foreign aid. Some would describe immigrant remittances as reparation for the ills of colonialism and slavery. And there are people in powerful positions who begrudge immigrants sending remittances.

However, these remittances are investments in family homes, education, daily needs, small businesses, general village development and employment. One Filipina’s remittance from Ireland employed eleven people in her home village. Immigrant nurses and carers in Ireland today were probably educated on the back of immigrant remittances.

Immigrants live with a feeling of social and cultural debt to their people back home, often to their own personal impoverishment. There are also instances of remittances being misused and squandered by recipients, the money not being used for the purpose for which it was intended. Also, it should be remembered that the remitting agencies employ many people and make handsome dividends from the transactions. Remittance is big business.

What is disturbing in the present pandemic is the way immigrants and migrants have been abandoned. The alarming images of people abandoned by Governments closing borders, shock business closures and lock-downs. The images of immigrants and migrants trying to make it home are shameful. These modern images of families who yesterday were employed and today abandoned by shutdowns and lock-downs are reminiscent of the Famine Memorial in Dublin, Dorothea Lange’s pictures taken on Route 66 all those years ago and the images of recent times from the Bay of Bengal, the Rio Grande and the Mediterranean. Also disturbing is the criminalisation of those who reach out to alleviate the abandonment of such people.

Now, as political leaders talk about re-opening economies, employers are wondering where their workers can be sourced having been dismissed a month ago. It is obvious that political leaders gave little thought to the plight of millions of immigrants and migrants made redundant, homeless, bordering on destitution. As in the past, immigrants are appreciated when economies are booming. Sadly, in economic downturns, or a pandemic, immigrants are disposed of, treated as chattels, non-people. Those depending on them at home may die of hunger not COVID-19.

In the COVID-19 scenario Miss Ellen after her walk to the post office will be disappoint-ed.

This time with bargain clothes Employer’s castoffs
For the children back home.
The children waiting for her
To find a survival-kit
That would lead to citizenship.