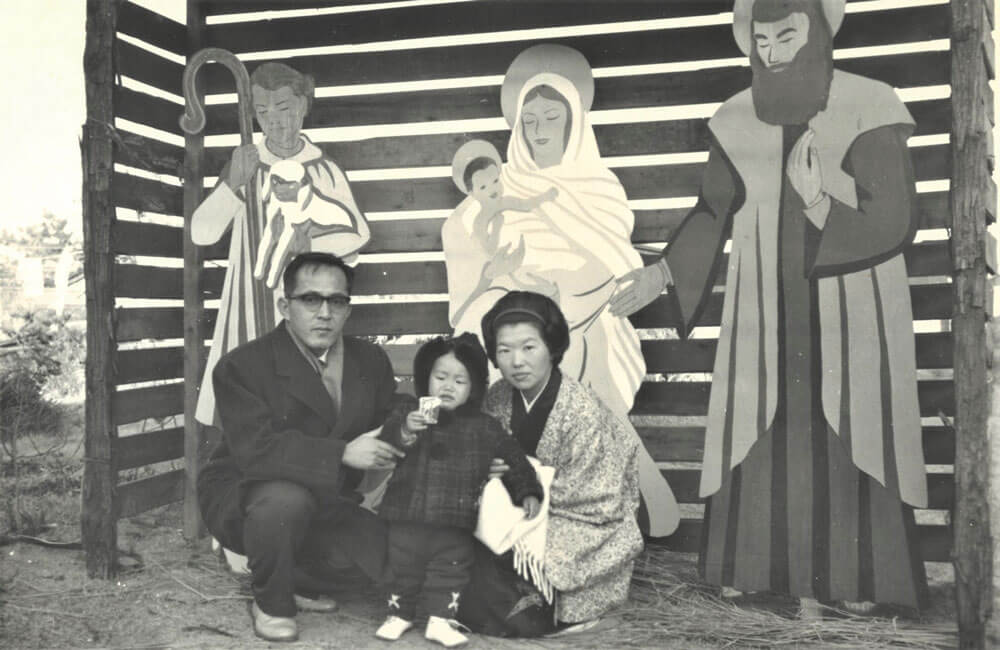 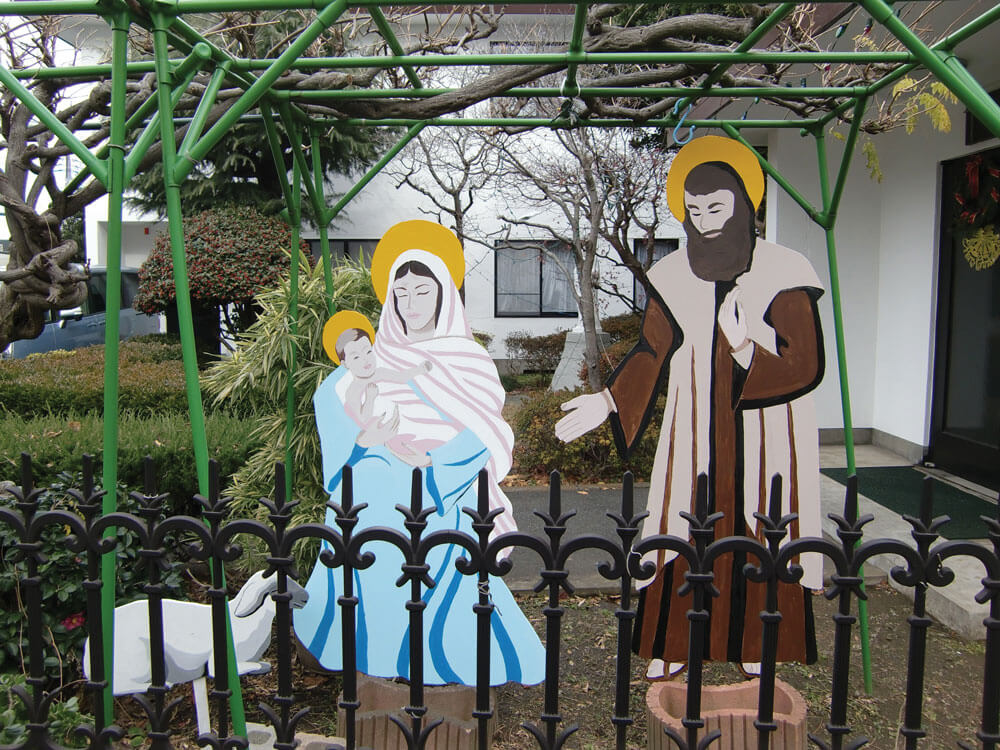 In pre-war New Zealand, parish primary schools received no State aid. However, as a slight concession in my town of Lower Hutt, boys in their last year of grade school were taught woodwork at the Petone Technical College. I scored high marks in woodwork - balancing my pitiful performance in arithmetic!

In my final year of high school, I was pondering what to do with my future life. Should I be a carpenter to build houses for people, or should I try to be a priest in places where Christ is unknown? I chose the Columban Foreign Mission Seminary and eight years later, I was in Japan.

In language school, I learnt that those who do DIY (Do It Your-self) home repairs are called 'Sunday Carpenters'. Since 1956, very early in my missionary life, I became a 'Monday carpenter'!

In each mission, I had a workbench. I made such things as a tabernacle for an out-station church, thurible stands, and numerous shelves. In four missions, I have made life-size outdoor crib sets. The first of these was in 1960 in an isolated fishing village (Kushimo-to) with very few Christians.

Now here I am 60 years later in the centre of Yokohama, a city of 3.7 million, using the same much-patched pattern! However, looking back, I realise that living in long ago built churches and rectories as I did, my mending far exceeds my making.

After cutting out with a jigsaw, I have asked help from Christians and non-Christians in the painting and positioning of the figures. This has always been one of my missionary methods (now I find it has theological shorthand and is called 'subsidiarity' - that is, share a job and its responsibility with others, then leave them, trusting them to do it).

In recent years, December in Japan has seen illuminations become popular. So, not to be outdone, in front of the church, facing the street where buses pass, workers go to the railway station and children wend their way to school, the outdoor life-size crib stands.

At night with a LED (light emitting diode) star above, it is floodlit. We aim to inspire these many passers-by to ponder the real meaning of Christmas.

Our God became human and from that moment became especially close and approach-able to us humans.

Jesus experienced humanity and its fragility, so we can go to him with confidence.

This Christmas, we hope our community will be Christ's light shining in the darkness.

Columban Fr Barry Cairns has been a missionary priest in Japan since 1956.

Listen to "The Monday carpenter"