Hope for Workers in Taiwan

Founded in 1986 by Columban Missionaries, the Hope Workers' Centre has supported migrant workers in Taiwan for over 30 years. It is a non-Government and interfaith organisation that happily serves people of all faith backgrounds. It is the mission of the Centre to reflect the compassion of Jesus in accompanying local and migrant workers and supporting them in their struggle to enjoy safe working conditions and to receive just recompense for their labour. 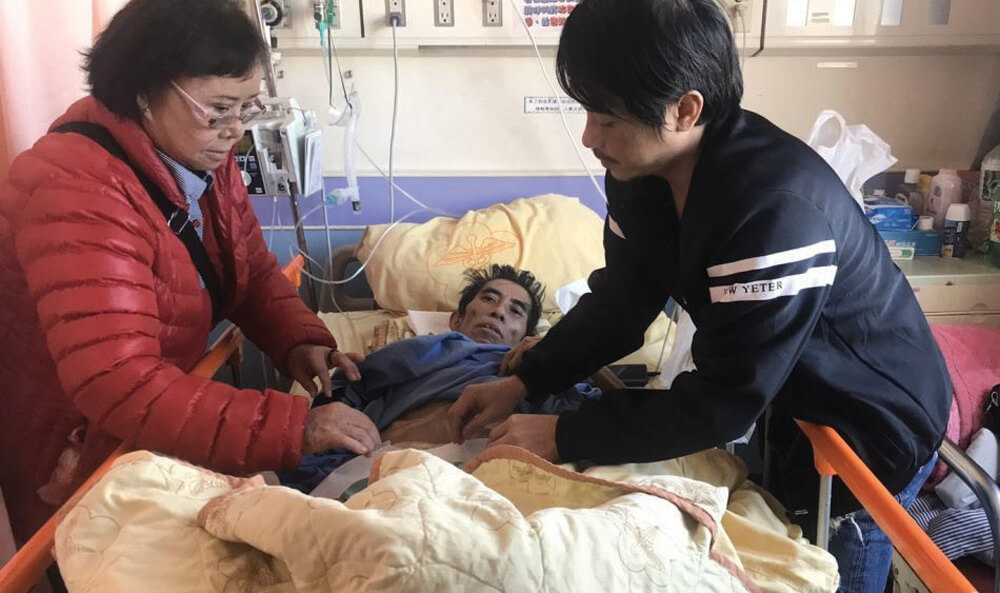 Bailon ill in bed with his son Natthapong at the Hope Workers' Centre in Taiwan. Photo: Joan Yap

Early this year, Bailon and his son, Natthapong, arrived at the Hope Workers' Centre in Taiwan. Bailon was connected to an IV drip, was obviously very malnourished and suffering from a number of other medical complications. He was very dependent on his son who seemed to have no knowledge of the local language.

My supervisor recounted to me the story that Bailon was a migrant worker from Thailand who arrived in Taiwan about 12 years ago. He was a single parent with two children living in Thailand and was 43 years old when he came to Taiwan and began to work in a steel factory. Then around the middle of last year a heavy steel girder fell on him, hitting him in the abdominal area. 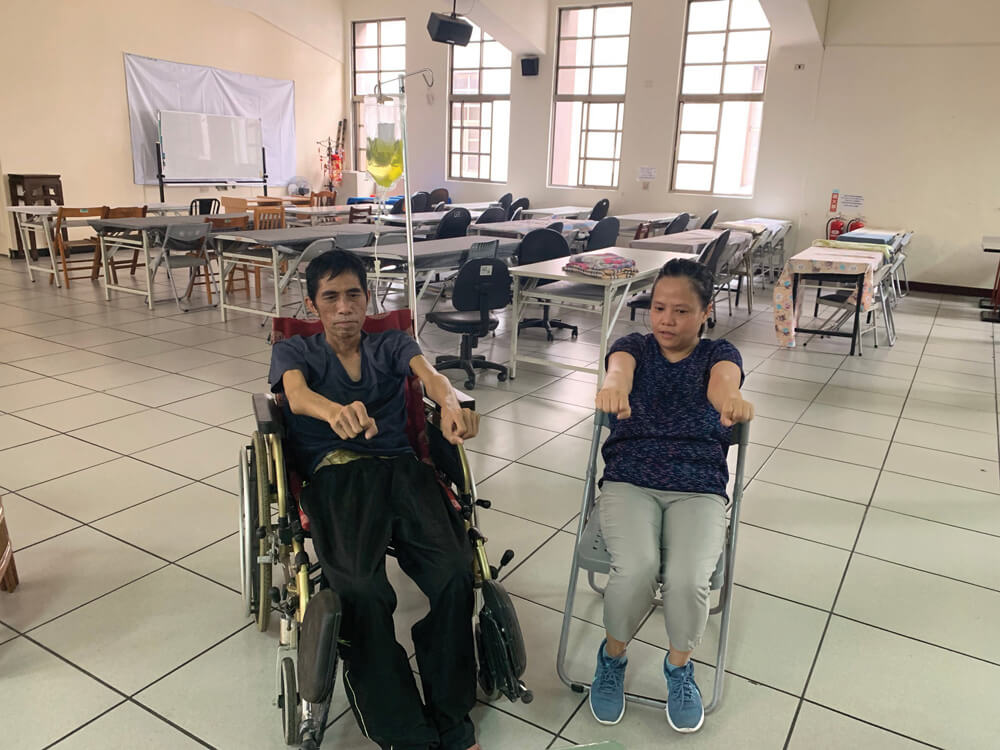 The diagnosis was internal bleeding and severe abdominal injuries, specifically in the intestines and bile duct. For six months he received very little care until a concerned social worker in the hospital contacted our office and informed us about this abandoned patient. The Hope Workers' Centre where I work assists all kinds of migrant workers who have been abused by their employers or brokers. But this story of Bailon is particularly heart-breaking, being abandoned in a hospital by his employer who claimed that Bailon’s injury was in no way work-related.

The Hope Workers' Centre has always reminded companies to honestly follow the labour laws and give serious importance to the health of their workers. But sadly, the majority of the companies fail to follow basic safety measures or provide appropriate safety gear, work uniforms and other needs for their workers. Saving money is always a higher priority than the safety of their workers.

Bailon's son, Natthapong, is 30 years of age, married with two children. Because of his father’s accident, he resigned from his own work in Thailand and left his family there to come to Taiwan and take care of his father. He remained daily at his father’s side trying to assist him anyway he could despite having no knowledge of the Mandarin language.

We discovered however that these tragic circumstances somehow became an opportunity for this father and son to form a new relationship of love and mutual respect, something that they were never able to establish when they were back home. This is often the case when a father or another family member goes abroad to seek employment to provide for the family members remaining at home.

We at the Hope Workers' Centre were encouraged by the attention and care that Natthapong was giving to his father and also by the help and concern provided by others who became aware of Bailon’s situation. Among them were the hospital social worker, a nurse who volunteered some time to attend to Bailon and another good Samaritan who loaned us a hospital bed and a wheel chair. The Hope Workers' Centre staff continued their efforts to obtain for Bailon justice from his former employer.

But then one day all of our hopes and encouragement were shattered by the news that someone had jumped to his death from the window of his room at the Centre. Yes, it was Bailon! I and all of the Centre staff were deep in shock. What had brought him to this decision?

I could only surmise that Bailon could see no end to the suffering from his chronic condition, no likelihood that he would ever be compensated for the accident, that he would ever be able to pay his hospital expenses and could see no other way to put an end to the sacrifices his son was making for him. Surely his son needed to return to his wife and family and his own life back in Thailand!

This of course was a very tragic event for us all at the Hope Workers' Centre. Despite the name of our centre, this is a story of the loss of hope for Bailon. His son had sacrificed so much for his father and did everything he could to help him. The staff of the Centre and many others had been generous with their efforts. But in the end, we could only entrust Bailon to God’s love and compassion.

We ask for the faith and strength to continue to reach out with hope and love to all we encounter in this ministry.

Columban Lay Missionary Joan Yap from the Philippines works at the Hope Workers' Centre in Taiwan.

Listen to "Hope for Workers in Taiwan "