A reprint of the first ever page printed in The Far East magazine in October of 1920. 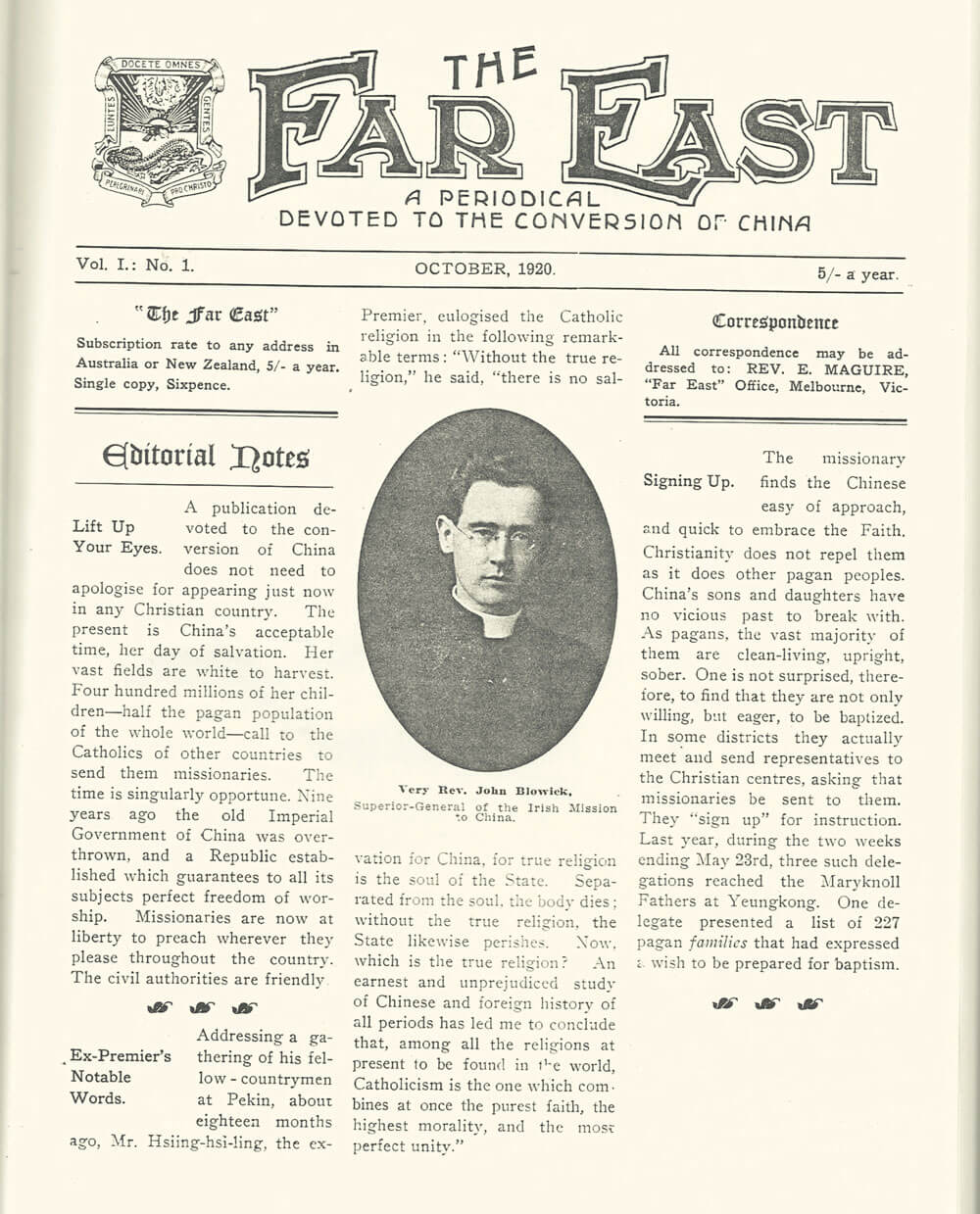 The Far East magazine in October of 1920. Photos: Missionary Society of St Columban

The Far East magazine– a periodical devoted to the conversion of China was first published in October, 1920. Cost 6d per copy or 5/- p.a. The Editor was Irish Columban, Fr Edward Maguire.

The first edition of The Far East reported on the first batch of Columbans, led by the founders, Frs Edward Galvin and John Blowick, setting sale for China. With the blessing of the Archbishop of Melbourne, Dr Daniel Mannix, the magazine appealed to Australians to support this new missionary initiative. On page 6 it ran a story entitled Our Volunteers and featured two young priests of the Archdiocese of Melbourne, Frs Romuald Hayes and Luke Mullany, who had volunteered to join the mission to China.

Over the next 100 years as the Society expanded its missionary activities into 15 countries, The Far East subscribers read about religious conversions, spiritual and material support for the poor and sick, ordinations, floods, famines, epidemics, wars, fires, books, and many good news stories as a result of the generosity of Columban benefactors. In later editions, the magazine promoted new initiatives such as the Columban Art Calendar, the Jackie Mite Box and Mickie Daly's Diary, all still iconic in their own right today.

We pay tribute to the past editors of The Far East, Columban Frs Edward Maguire, Hugh Donnelly, William Kehoe, Tom O’Brien, Donal O’Mahony, John Colgan, Gary Walker and Daniel Harding whose commitment to the magazine has resulted in it being one of our flagships even today.

We say thank you to our benefactors for supporting The Far East and ensuring its longevity in sharing the Good News of mission for so long.

See below reference to some memorable events during 100 years of The Far East. Due to limited space, we have only been able to reference some of those moments. They are not in any order of importance or significance. 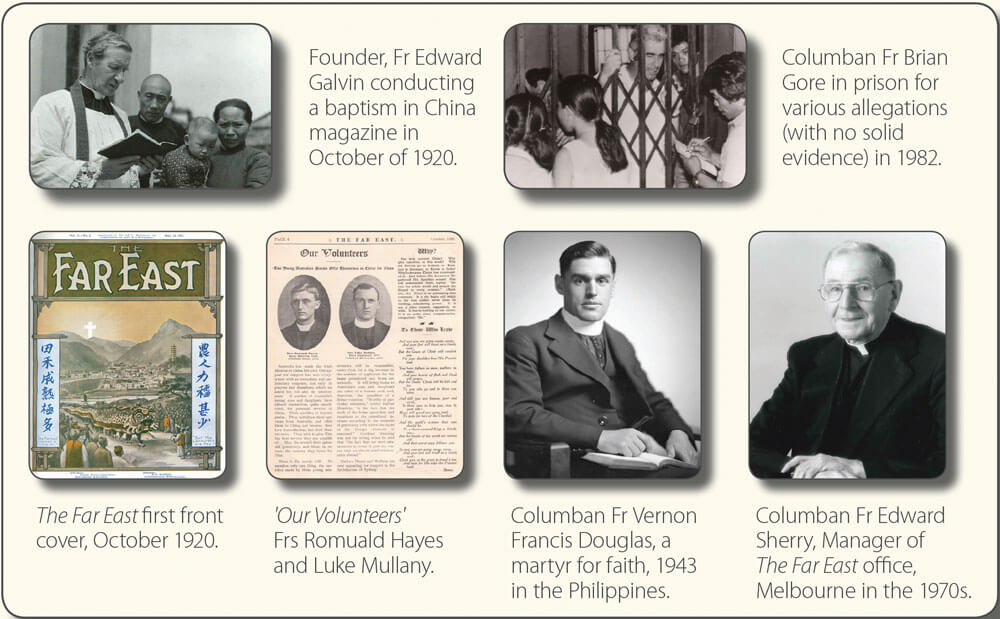 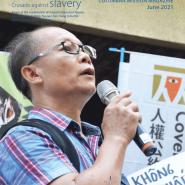