World Day Against Trafficking in Persons 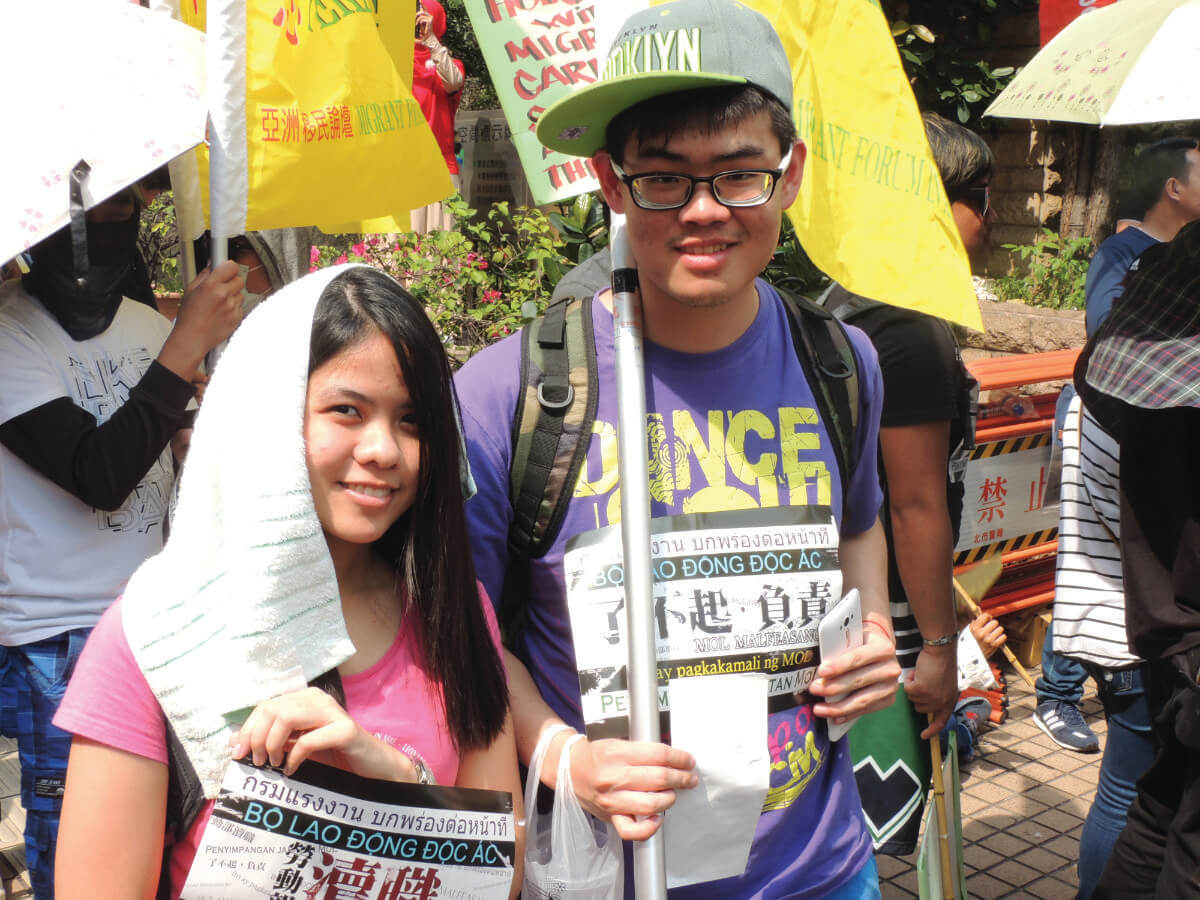 In 2007, during one of my weekly visits to the Hsinchu City Immigration Detention Centre in Taiwan, I met Ani and Siti (not their real names), two young women from Indonesia who were working as carers for their Taiwan employer’s elderly parents and in-laws. I was deeply concerned as to how Ani and Siti had ended up in the detention centre. Sr Rosa, the Diocesan Migrant Centre’s Indonesian caseworker, translated for me.

I learned that Ani and Siti had, before departing Indonesia, each borrowed money from the bank at an interest of 18% to pay the Indonesian Government’s regulated placement fee of AUD $2,600 to their employment agency. It would have taken them at least one year of salary deductions to pay this debt bondage.

Upon arriving in Taiwan, besides caring for the elderly parents and in-laws, cooking and cleaning for the whole family, and taking care of their employer’s children, Ani and Siti were forced by their employer to work illegally in the family restaurant for 12 hours a day with no day off. When they complained to their employer about not receiving their full salary and the long hours of arduous work, he threatened to send them back to Indonesia.

After slaving away for six months, Ani and Siti thought the only way of escaping this horror was to run to a nearby police station to seek help to retrieve their stolen wages and return home to Indonesia. One morning they packed their simple belongings and ran from the house until they came across the detention centre thinking it was a police station. Since they didn’t want to return to their employer’s house the director of the detention centre allowed them to stay at the centre until they were able to secure their passports, which their employer had confiscated.

At the end of our conversation, I asked Sr Rosa to help Ani and Siti write down their story in detail, which we then had translated into Chinese. I met with the director and welfare officer of the centre explaining to them that Ani and Siti were victims of human trafficking. At that time, there was no law in Taiwan to protect the rights of trafficked people. With the support of the director, we were able to convince the immigration police to allow Ani and Siti to stay in our migrant centre’s shelter while we lobbied the Ministry of Labour to have them transferred to new employers and to help them retrieve their stolen wages. Four months later they moved to their new employers to work as carers.

Ani and Siti, along with other victims of human trafficking living in shelters across Taiwan, gave permission for their stories to be used to advocate for the implementation of a law to protect the rights of trafficked people. Columban Fr Nguyen Van Hung and I joined the Taiwan Anti Trafficking Alliance Watch formed by civil society and faith-based organisations to advocate and lobby for the Human Trafficking Prevention and Control Act, which would eventually pass in the Taiwan Parliament in June 2009.

Over several years, Government agencies invited me to participate in their education campaigns to conduct awareness-raising seminars on human trafficking for immigration, foreign affairs and local police, labour officials, and detention centre staff.

Just like Ani and Siti, there are millions of domestic workers across the globe who are vulnerable to human trafficking. In 2010 and 2011, I was a member of the Migrant Forum in Asia delegation to the International Labour Organisation Conferences in Geneva to advocate for the adoption of its Convention 189 Decent Work for Domestic Workers. With the adoption of this Convention, domestic workers were finally recognised as entitled to labour rights and protections equal to all other workers. Ten years later, only 29 United Nations Member States have ratified this Convention, and Australia is not one of them.

People ask me if there is human trafficking in Australia. Yes, there is. Just recently a Melbourne couple was found guilty of keeping a Tamil woman as a slave for eight years. The maximum penalty is 25 years. This is just one of many stories that have appeared in the Australian media. Human trafficking is often hidden in plain sight, even right next door to us.

Columban Fr Peter O'Neill is the Columban Leader in Australia.