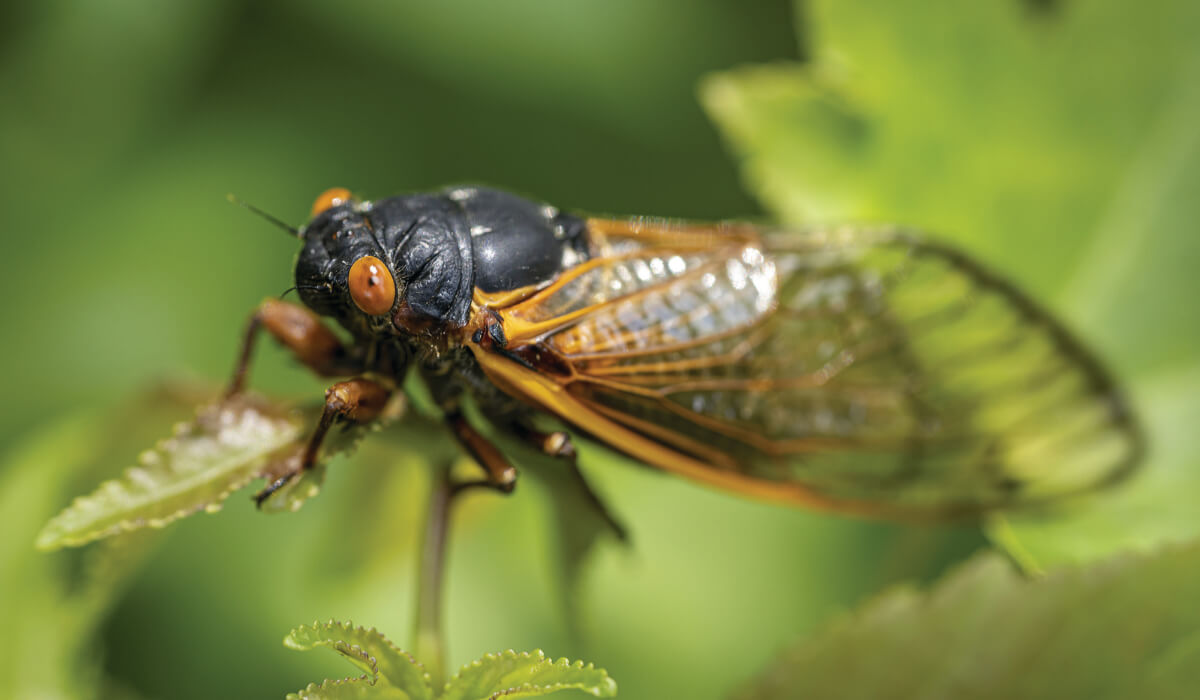 I came upon this story while studying the Kachin language in Myanmar. It is the story of a young girl and her mother who went to the riverbank to look for wild vegetables and leaves. They thought that the river split somewhere and met again to form an island. They decided to split up, the mother going to the side of Mali Hka and the daughter going to the Nmai Hka side.

They set off but it soon became dark before they were able to reach where the rivers met again. They became scared and worried. The young girl called out for her mother, “Nu e, Nu e, Nu e!” (Mother, mother!) But her mother could not hear her. The mother also called out for her daughter, “Sha e! Sha e!” (Daughter, daughter). But the daughter could not hear her. Nor could they find their way back to where they started. They soon got tired and fell asleep.

After hearing this story, I asked one Kachin student about the cicadas. He said that as a young boy he used to catch and play with them. In summer months from March to May, the cicadas normally appeared in large numbers and were very noisy at night. But recently, he lamented, he does not hear or see them as much as before.

But they are not the only creatures disappearing in Myanmar. Many other insects and animals are slowly vanishing. Myanmar is home to 331 endangered species, according to the latest research by the International Union for Conservation of Nature, including birds, orangutans, elephants, deer, freshwater turtles, pangolins and tigers. Habitat loss due to deforestation and wildlife trade are the leading factors of biodiversity loss.

On one of my trips with my friend Shwebo, a Buddhist monk, we visited a Buddhist monastery in a natural forest reserve for wild deer – the eld’s deer (Rucervis eldii), also known as the golden deer. The monks are deeply involved in the conservation of the deer of which there are about 40 in Shein Makkar Sanctuary.

According to Conservation of Nature, the deer is endangered due to intense hunting for its meat as “medicine” and its antlers as trophies. The eld’s deer is extinct in China, Thailand and Vietnam.

On our way back to Mandalay, we took the local boat on the majestic Irrawaddy River. We sat on the roof of the boat and I was mesmerised by the quaint villages and beautiful landscapes on the riverbank. Shwebo called my attention: “Kurt look! La bien, La bien!” Sadly, I only saw the dorsal fin of what could be a river dolphin. The Conservation of Nature reports that the Irrawaddy dolphins are critically endangered and close to extinction. They are not directly hunted but are caught accidentally. Habitat loss is a major threat to this species also.

The northernmost state of Myanmar, Kachin, is rich in biodiversity. In the sleepy town of Lungsha Yang, we were walking on the road just outside the parish church when a large animal came out of the bushes. The elephant with its mahout riding on top lazily walked along the main highway. I was so amazed at the sight. I had never seen an elephant outside its enclosure. Early last year in Tanai, the people of Awng Lawt village had to leave their homes to escape the fighting between the Kachin Independence Army and the Burmese Army. The mahouts and their elephants came to the rescue of sick, young and elderly villagers, helping them cross a chest-deep river in Myanmar’s remote Kachin state.

The two rivers of Mali Hka and Nmai Hka meet at a point called the Mali Zup confluence, the subject of the story I began with, but is now threatened by a Chinese-funded dam project. It has already displaced many families. The project will not only affect the immediate area but, since the confluence is the start of the Irrawaddy River, down south the dolphins too will be impacted by any large development projects. Everything is interconnected.

To the local Kachin people, the forest is the source of everything - timber, bamboo and thatch for house building, the meat of frogs, fish, bush animals, and wild vegetables such as mushrooms, bamboo shoots, herbs and medicinal plants for food and health. The biodiversity of the forest is the food source of the people. Mono-cropping’s negative environmental impacts include pollution and decreased water table levels affecting communities near these plantations.

Cicadas existed during the time of the dinosaurs with fossilised cicadas discovered in one mining field. But now the call of the cicadas has been silenced by the sounds of chainsaws and gunshots and the cries of women and children, displaced by the ongoing conflicts. Often times these conflicts are driven by greed for natural resources like timber, minerals and precious stones.

Some will say that cicadas are just insects. Why should we care about them? But it is important to remember that all species that live in forest systems play vital ecological roles. Cicadas are no exception. They are food for birds and mammals and their burrowing activity facilitates water movement within the soil.

Pope Francis reminds us in Laudato Sí that “it is not enough to think of different species merely as potential resources to be exploited while overlooking the fact that they have value in themselves. Their value lies in their creation by God, and we do not have the right to cause their extinction and take away their ability to live their purpose and give glory to God, simply by their existence (LS 33)."

Myanmar’s biodiversity reflects the diversity of its peoples. Tribes and languages are as numerous as the country’s flora and fauna species. Their lives are intertwined and interconnected. When we protect biodiversity, we are also protecting the people, especially the indigenous peoples of Myanmar, who call the forests, the plains, the hills and mountains, their home.

Next summer I look forward to hearing the call of the cicadas, “Nu e, nu e… sha e, sha e!”