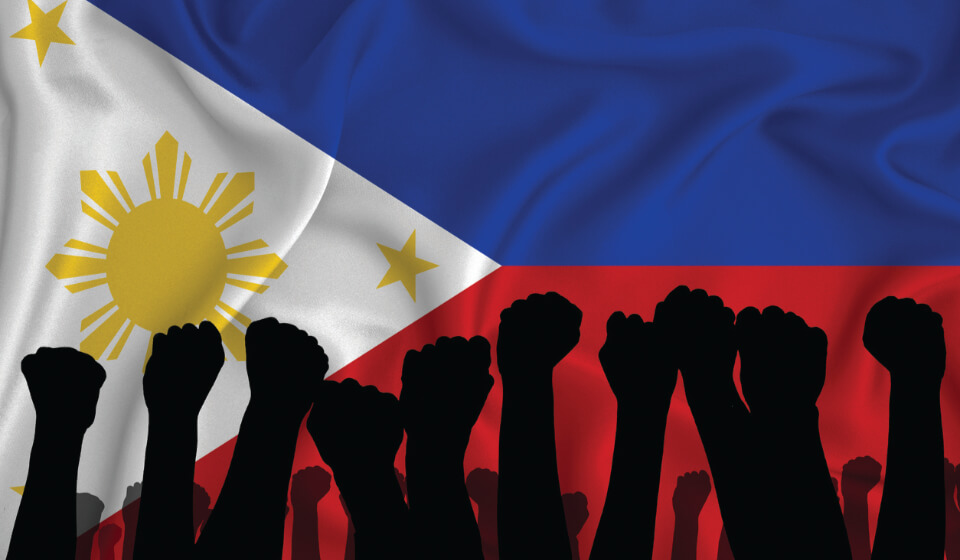 On February 1 this year, the Union of Myanmar woke to a coup d’état. Then on May 10, a violent outbreak erupted in the ongoing Israeli-Palestinian conflict. As news of these disputes unfolded, I could not help but remember the most terrifying experience of my own life when my hometown of Ipil in Mindanao, the Philippines, was terrorised by what at that time was the newly organised militant Islamist separatist group with an avowed link with the Islamic State, the Abu Sayyaf, on April 4, 1995.

It was just a few days after my high school graduation and I was excited about the summer holidays. I was eating lunch in front of the TV, which was a treat, because usually I was not allowed to!

Suddenly, I heard what sounded like fireworks. I thought someone must be celebrating a big birthday, as it wasn’t fiesta time.

I just continued eating, and enjoying the programme I was watching. About 30 minutes later, I saw people running in the street and together with my cousins and uncle I went out to see what was happening. We asked a man why people were running. He said soldiers were fighting in the town centre and shooting up the restaurants and stores.

Then my aunt’s co-worker arrived. She gave a similar account. Suddenly, several people came running, shouting that the soldiers were approaching and everyone should hide. My father told us to go inside, but as we turned, a distraught woman asked my mother if she could hide with us, because she lived miles away.

Inside, everything was deathly quiet. My uncle went out and saw a group of what looked like soldiers approaching from the opposite direction from which the people were running. As they came closer, he noticed they were wearing slippers. He found this highly suspicious, so he ran to the house and informed my father, who then told us all to hide in one of the bedrooms. There were ten of us. I was asked to get under the bed with my five and six-year-old cousins.

My father and uncle left suddenly and I asked my mother why. She said to fetch his photographs and diplomas from the living room walls, because he did not want these suspicious-looking soldiers to know he was a policeman. When my father and uncle returned, they told us not to make any noise, as the soldiers were outside.

I remember vividly the fearful expression on everyone’s face, even my younger cousins, who probably did not understand what was happening. I was overwhelmed with the fear that the soldiers would kill us. I felt my mother’s touch on my shoulder as she signalled to me to pray. I hugged my cousins and prayed for God’s protection.

I do not know how long the soldiers stayed outside, but it is my longest experience of smothering fear. Then my father had a peek out the window and I felt relieved when he announced they had gone. My mother told us to pray the rosary while my father and uncle checked outside. We prayed, then left the room. My father said that one of our neighbours told him the soldiers had gone off through the forest. I peeked outside and saw no one. The street was quiet. There was a kind of eerie silence.

My father said it would be safer if we went to a relative’s just two houses away and hide there, as they had a basement. When we arrived, most of our neighbours were there too. Thankfully, it could accommodate a lot of people. We stayed in the basement praying until it was safe to go outside. It was late in the afternoon when we got back home.

We learned that the town centre had been destroyed, with a number of people dead and missing. It was not until the next day I learned that not only had it been burned, but banks ransacked and robbed. A lot of people died in the restaurants and shops, many injured and some kidnapped. I knew some of the dead. They were my neighbours. I also learned that those who attacked my hometown were not soldiers, but the Abu Sayyaf. They were wearing military fatigues and some of them barged into people’s homes, stole food and money, and gunned them down.

Summer that year was sad and gloomy. Fear and uncertainty continued to loom as my hometown tried to recover from the devastating experience. Living in fear is no way to be, and I carried this fear with me. It took some time to reclaim my life. I am thankful nothing happened to my family or myself, although it was hard for us and we had lost a lot. Aside from friends and neighbours, we lost our sense of freedom, security and trust. Even today, my hometown of Ipil is still not the same.

In 2008, when as a lay missionary with the Columbans I went home for a holiday from my appointment in Taiwan, there were rumblings that the Abu Sayyaf would come again. Everyone was in a panic. For a day, Ipil was at a standstill with people hiding at home. In the following years there have been similar threats. It is not easy to live with the continuous fear of violence.

When I see the faces of people in countries in the midst of violent conflict, I ask myself how we can do this to our fellow human beings; why do we inflict fear and pain on each other and what do we gain. Pope Francis describes war as 'the suicide of humanity, because it kills the heart and kills love'.

But what did not die in my hometown on that fateful day was the gift of hope or the desire to pray that we could work together so peace and reconciliation could reign in our hearts.

Vida Hequilan is the coordinator of the Central Leadership team of the Columban lay missionaries.