Demonising the victim no solution to crisis 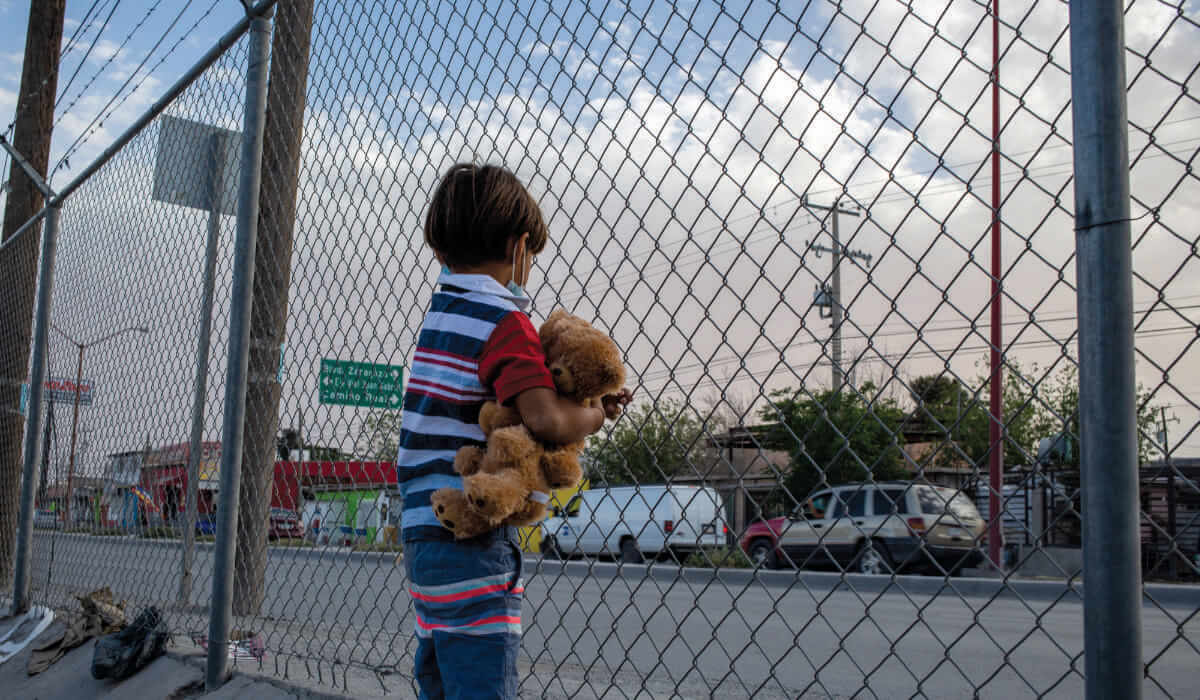 A migrant child looks through a fence cutting off access to the outside world. Photo: canva.com/David  Peinado Romero

In the not-too-distant past, it was almost impossible to get governments and institutions to discuss migration, although it was not as if it was not happening. Undeveloped nations churned out migrants in silence, rather than admit failure, and wealthy receiving nations welcomed the young, healthy, educated and highly skilled workers with silent gratitude and blinkered eyes.

Wealthy nations needed migrants to do the dirty, dangerous and difficult jobs that local populations shunned. Western nations criticised their Communist counterparts for denying their citizens the right to migrate, but when the walls came down and a new global order began to emerge, some media and politicians began to raise fears in alarmist language describing migrants as “swamp and swarms.”

The policies of free trade and movement of capital ignored the corresponding need of free movement of people. Thinly populated nations in the new trading blocks of North America, the European Union and the Asian Basin did not consider the needs of the population abundant nations of North and Central Africa, South Asia, Central America and Eastern Europe in their financial equations.

These large, underemployed populations began to recognise that international investment was moving towards wealthy countries, while their own nations were only offering low paid jobs in industries turning out cheap products for export to more affluent regions that they themselves could not afford to buy.

International finance centres and banking institutions drained developing nations of the resources needed to develop their own industry and infrastructure. Trade deals between the rich and the undeveloped nations resembled the imbalance of the colonial era. When trawlers invaded the coastlines of the undeveloped nations squeezing the life out of local fishing enterprises, idle boats in search of work began ferrying migrants, most of whom were undocumented, to feed the agricultural industries producing and processing goods, some of which even found their way back to the markets of the poor nations they had fled.

Central to this new global arrangement was a communication system that kept the excluded acutely aware of their plight. University graduates pounding the streets of their home cities heard anecdotal tales of employment opportunities abroad. Choosing a better life abroad over destitution at home is highly tempting, but like millions in the past, these abandoned young people found legal blocks in their way.

Unfazed, they sought informal means of travel. Failure is not a word in the migrant lexicon, and a new dynamic injected into the scenario, human trafficking, helped them avoid it. It is an age-old occupation, recently aided by skills honed from drug smuggling. What was formerly a cottage industry, has now blossomed into a major enterprise.

The sporadic migrations of previous decades have taken on the accoutrements of a corporate enterprise managed by ruthless cartels, often with the connivance of corrupt government officials. Failed states offer many of these cartels unexpected opportunities as both a supply source, and a transit zone.

The best example came with the collapse of the government in Libya, now a transit stop en route to Europe. In its turn, Europe points the finger of blame at the gangs operating the people smuggling rackets beyond the reach of global governance, while failing to recognise smugglers are reaping their harvest from the very ground nurtured by long-term European neglect and indifference to past warnings.

Economic migration tells us the movement of people reflects the movement of wealth and investment. Debt strangles development and while it is a major obstacle to progress, the flow of wealth out of developing nations to centres of finance and tax havens is an even greater scandal.

Neither governments nor agencies confront the corrupt practices of receiving nations, but the migrants who lose their lives in the Mediterranean do not emerge from nowhere. They are the citizens of states that have failed them, but whose inept leaders benefit from the international financial systems that rob the people in the first place. It is cowardly of western politicians to make destitute migrants the scapegoats for their political ambitions.

Added to this great economic exodus out of underdeveloped and failed, debt-ridden states is the tide of humanitarian migration from the war zones of Iraq, Syria, Libya and Somalia. It has become obvious that the conventions set in place after World War II have not been taken to heart.

The ambivalence in dealing with the present refugee exodus is reminiscent of the failure of the Evian Conference of 1938, ostensibly convened to deal with the plight of Jews and other vulnerable minorities in the face of Nazism, but more likely to create a smokescreen for the reluctance of wealthy countries to offer refuge.

It is no surprise that a political culture more concerned with its own survival than the service it is called to render brands migrants as the cause of its own failure. Creating imaginary culprits will not solve our problems. If there is no shared perception of reality, there can be no shared solution. In this era, markets and migrants need each other and legislation that complements the real circumstances, not imagined ones, is a necessity.

Listen to "Demonising the victim no solution to crisis"