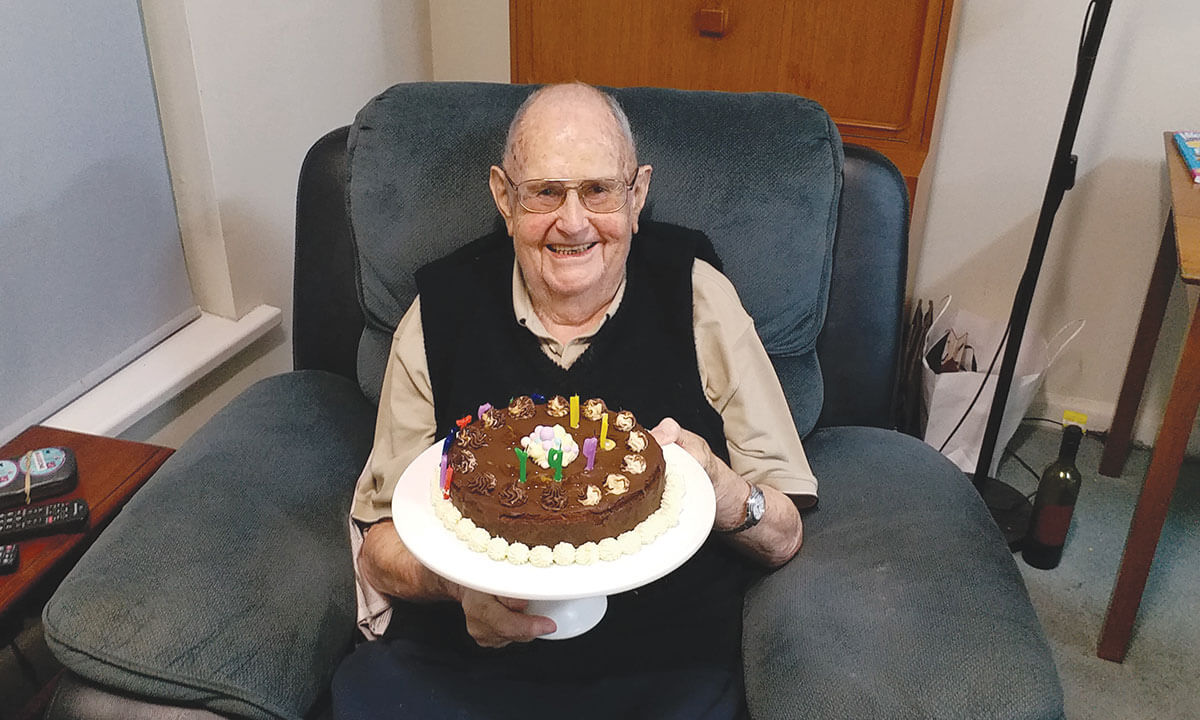 Fr Bill Moran celebrating his 86th Birthday on May 15, 2022 in his room at the Columban House in Essendon. - Photo: St Columbans Mission Society

"Blessed are those that mourn: for they shall be comforted" Matthew 5:4

Fr William Gerard Moran was born on 14 May 1936 at Flemington, Victoria, not far from the Flemington Racecourse, home of the Melbourne Cup. This led to a lifelong interest in horseracing. After primary and secondary schooling, Bill worked for two years with the Commonwealth public service while doing part-time studies in Latin and economics!

In 1955, he joined St Columbans Mission Society. He began his formation at St Columbans, Essendon, where he did his Spiritual Year before moving to the Columban seminary in Sydney for philosophy and theology studies. Following his ordination at St Patrick’s Cathedral, Melbourne, in 1961, he was appointed to Rome where he did post-graduate studies in theology. He then began studies in scripture but had to abandon them because of health problems.

Appointed to the Region of Australia and New Zealand, he worked for three years in The Far East Office before an appointment to the Columban seminary in Turramurra, NSW, where he taught theology and served as vice-rector and rector.

In 1979, Bill was appointed to South America where he worked mostly in Chile in various capacities until an appointment back to Australia in 1988. He served as director of the Region of Australia and New Zealand from 1990 to 1994.

Fr Bill returned to Chile, but again health problems forced an early return to Australia where he served as regional bursar for a number of years until his retirement. In recent years, the success of his grandnephew in the Australian Football League gave him new life and much pride.

Bill died on July 8 in St Vincent’s Hospital after a period of respite at Mercy Place Aged Care, Melbourne. The word that could best sum up Bill is conscientious! He also had a wonderfully dry sense of humour that brought joy to those around him.