From Real Estate to Missionary 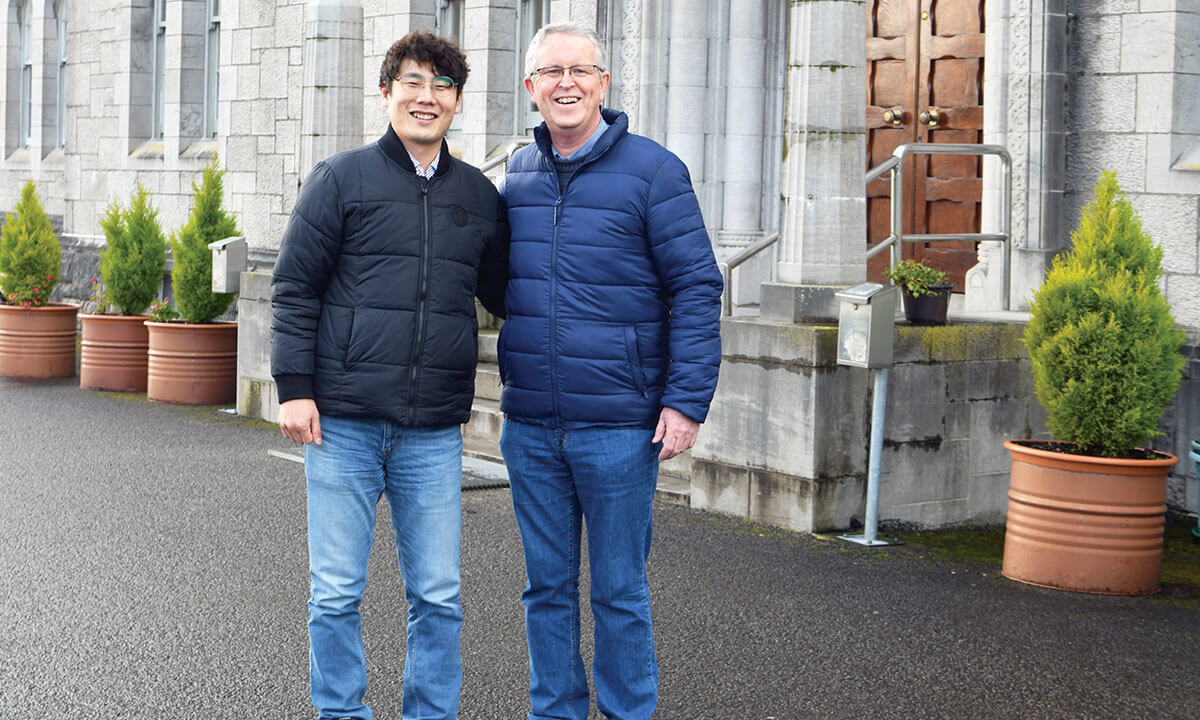 St Verano is not one of those popular saints whose name trips off your tongue. The sixth-century French hermit has all but been forgotten by most of the faithful, except for those who attend a small church dedicated to his memory outside the Italian town of Pisa. However, when a Korean couple celebrated the arrival of their first-born 41 years ago on October 19, they were in no doubt their infant son should be named in honour of the saint on whose feast day he was safely delivered into the world.

Verano Lee Jeong-Rak is a Columban seminarian studying to be a missionary priest. He grew up in a Korean family where both his parents had converted to Catholicism, so faith was important in his home life for his parents, Verano himself, and his younger sister.

Verano joined the Columbans six years ago in 2017. He was not a pious youth destined for the Church. In fact, for many years, Verano had no faith. “I worked in a real estate agency for six years. In the evenings, I went to university. I was paying for my studies because my father's company had gone bankrupt.” His faith took a knock with the collapse of his father's company, a traumatic event, coinciding with his mother’s serious illness and his sister losing her eyesight. “With all that, I couldn’t believe in God. I felt, ‘If you exist, how could all of this happen to my family?’”

“I denied the existence of God until I was 26. My parents continued to ask me to go to church, but I always refused. My mother urged me to go to adoration. One day I decided to go. There was nobody else there, so I slept in the church. I had an hour before I had to go to college, and it was a chance to have a rest. After that, I continued to go to the church and take a nap. But on one occasion, I didn’t nap! In fact, I got curious about a bible I saw there. I opened it and started to read it. Bit by bit, as I continued to go to the church for a holy hour, I began to talk to God about my life. One day I cried. For a time, I cried or talked to God about my life and my emotions. That was the time of my conversion - I started to have faith. After that I changed.

“I graduated from university with a degree in social policy and decided to become a social welfare officer. I worked in this area for two years but became frustrated because even though I wanted to help people, the law and policy would get in the way. Some people who were in need lost their subsidies under government cutbacks. It was hard for them; they would ask me why I had cut their subsidies. But it wasn’t my fault! I felt so sorry for them and wanted to help but was limited by the law.

“Around this time, the desire to be a priest had half formed in my mind, but I also wanted to get married. One holiday, I was on my way home when I had a serious car accident. I was hospitalised for over a month. As I was recovering, I began to think about my life and what was the best path for my future. I felt my life had a point in the eyes of God and that maybe God was calling me, and it was time to follow. When I was fully recovered, I decided to join the seminary.

“I feel God guided my choice.

“I have now been six years with the Columbans, and this year is my last year of study. I am waiting for the General Council to decide my First Mission Assignment. I was assigned to Chile, but that was cancelled because of the Covid pandemic.

“I am 41 now, and I first came into contact with the Columbans when I was 34. I am considered a late vocation in Korea. Joining a diocesan seminary when you are over 30 requires the permission of the bishop. But among the Columbans, the age profile is mixed. The other students include two who are over 40, as well as two who are 23 and 21. An older student has a lot of life experience to offer and that is a good thing, but it can be difficult to adapt or change. So, there are pros and cons to late vocations.

“I spent my spiritual year in the Philippines. The poverty there was sometimes shocking. It is hard to explain how difficult their life is. So shocking. I helped with the ministry to the people living in the slum cemetery in Manila.

They live and sleep in the cemetery. They build their homes on the tombs. Life is very tough - having to wash in a public place. But even though they are extremely poor, these people are generous. They want to share what they have.”

Sitting in Dalgan Park (the main house of the Columbans in Ireland), after completing his English language course, Verano tells The Far East that many Columban priests “have been a big inspiration”. His time in Ireland was “a dream” he had long harboured since reading The Red Lacquered Gate about the Society’s “noble” co-founders, Bishop Edward Galvin and Fr John Blowick. “After reading about the history of the Columbans, I really wanted to come to Ireland and look around Dalgan Park. It is beautiful. The most symbolic place for me is the cemetery where you can see the history of all the Columban members, from the two founders, who are both buried in Dalgan, to the most recently deceased. This life is not easy - living in another country as a missionary. But it is inspiring.”

Sarah MacDonald is the Editor of The Far East magazine in Ireland.

Listen to "From Real Estate to Missionary"