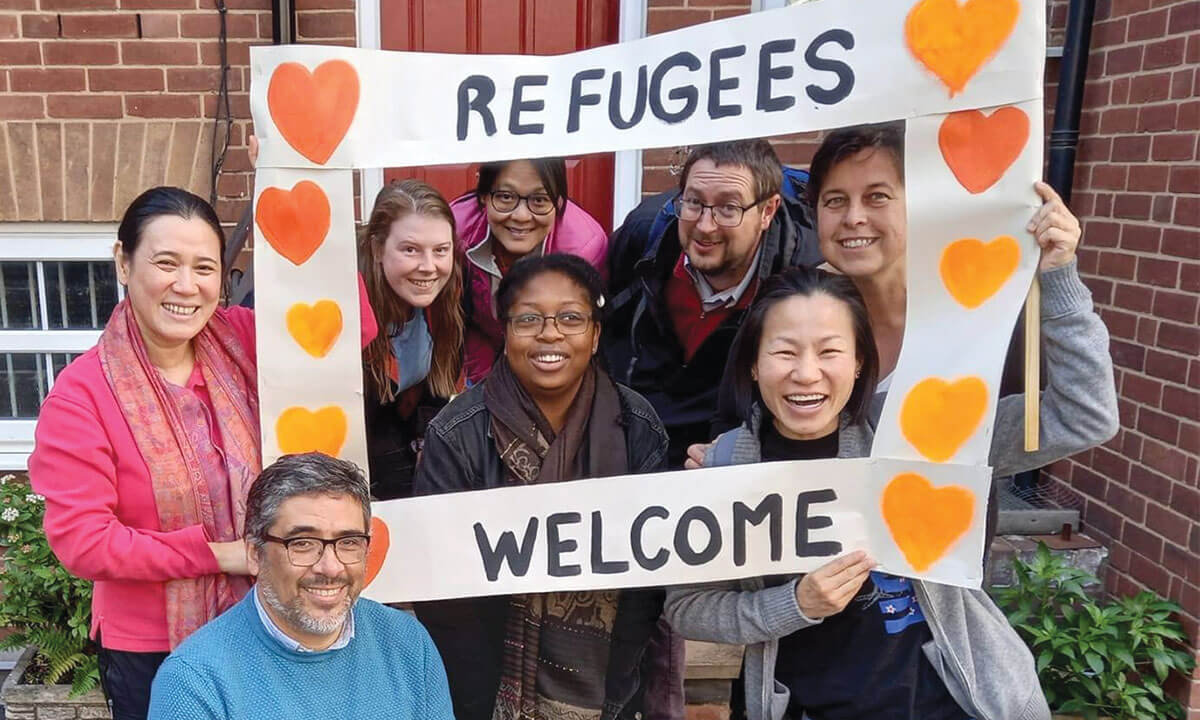 The coronavirus pandemic has swept across the globe for more than two years now, but fear of it does not seem to deter thousands of people from fleeing their own country for a better future and a better life.

“Coronavirus is nothing compared to the war in my country,” an asylum seeker from Africa said to me on one quiet afternoon during the first national lockdown. “People are not afraid of the virus. They are more afraid of the war,” she said sadly. She must have felt so helpless that she could not do anything to help her family back home nor be there with them during the difficult times.

She herself had been stuck in the asylum-claiming process in this country for many years without any certainty of progress in getting her papers processed. “There is too much stress here.” She would hold her head everytime she talked about her situation but would usually end the conversation with the hopeful statement, “I can only pray.” It seemed appropriate and gave her much consolation.

Derek, a young man with a good job in his country, decided to flee Iran to seek a safer place to live where he could freely express his thoughts and religion. He walked thousands of miles day and night for months, leaving everything behind, readily risking his life on the journey in order to find a new life. He is just another person I met who is caught in the same situation as many other asylum seekers.

Derek is not alone. Thousands like him have lost hope in their country and left their home behind. Some were trying to save their own lives. Many hoped to join their family, while others hoped to bring their family over for a reunion once they had settled in the country. Those who have successfully crossed the English Channel go on to seek asylum. Setting foot on new land may be a joyous moment. Yet to claim a legal document to live the next minute and hour in the country is to dice with fate. They live on a paltry allowance of £20 a week, relying on donations and charities. Many have waited for years to get their papers before they can even start looking for a job.

The recent Nationality and Borders Act 2022, which tackles what it calls “illegal immigration” and enables citizenship to be removed without notice if it is “not reasonably practicable”, is just adding fuel to the fire. Despite the new legislation, people are still willing to take the risk, including the 27 souls tragically lost in the sea while crossing the English Channel in recent months.

Unless you have been an asylum seeker yourself, it is impossible to fully comprehend what these people have gone through mentally, psychologically, and even physically. Hearing their dramatic stories gives rise to many emotions. It is almost overwhelming to keep up with the worries, fears, and traumatised experiences of these people who have gone through a complete change of life in a completely new country. They have had to learn a new language and understand a new culture. Homelessness has never been so real.

Despite the gloom and doom, the Columbans in Britain, in partnership with local charities and the Archdiocese of Birmingham, work to provide shelter and sanctuary to female asylum seekers. One of the projects, Fatima House, where I work, has hosted almost forty female asylum seekers since its establishment five years ago. I am privileged to be part of the volunteering team of Fatima House, where I accompany these women and become part of their family. It is a place of hope and welcoming where we establish friendship that does not look for a return. Many women have received their papers, moved on and become successful in life, but they never cease to be grateful for the support and care they received at Fatima House. “Rejoice in your hope, be patient in tribulation, be constant in prayer” (Romans 12:12) is what I have experienced through the faith of the women at Fatima House.

Christ is in all of this. Like the Holy Family called by the angel of God to flee home and take refuge in foreign lands, they too have experienced poverty, suffering, flight, and exile. Courage, strength, and faith are the glories I attribute to those who have taken flight to follow their dreams.

They have shown me the courage to embrace realities and the unknown, the strength to stretch beyond limitations and resilience, faith to envision new hopes and dreams. They have taught me what faith is. They stay connected to their dreams and their gods. They have brought heaven closer to earth where God never fails to attend to any person in despair, not even a person who is considered a stranger and a non-believer. To know them and listen to them is to better understand and know God, who is love. They have taught me to partake in the fullness of humanity and life because “we too were once asylum seekers”.