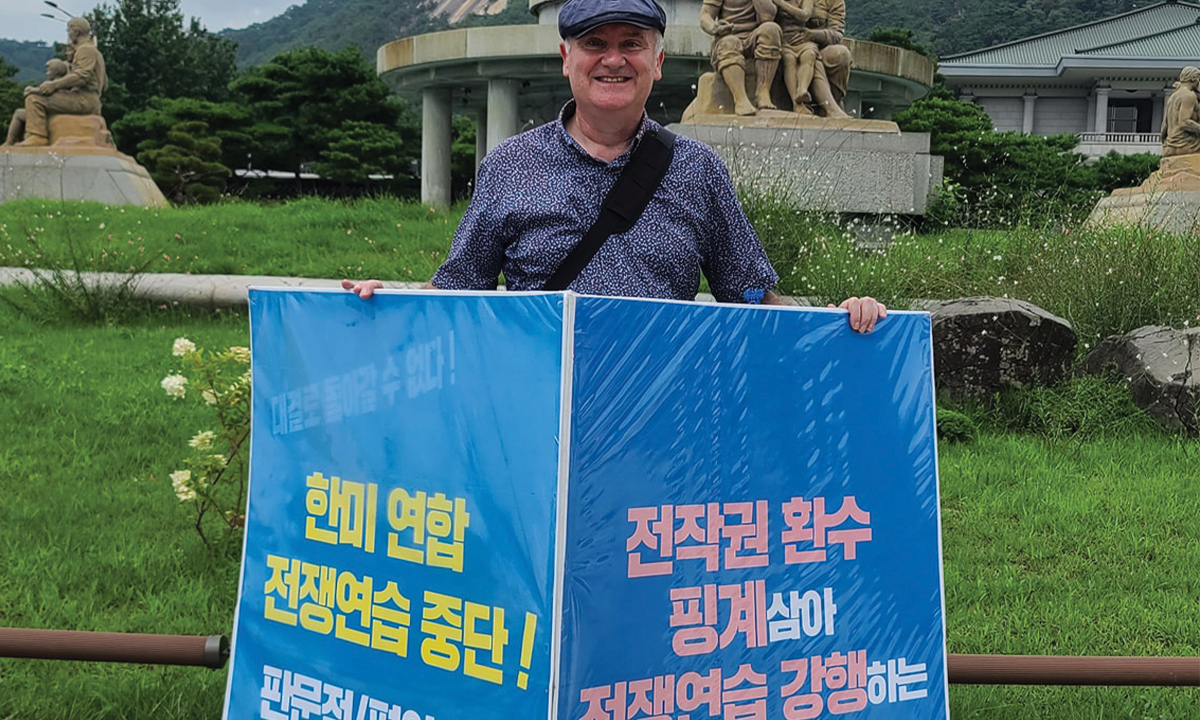 Fr Cunningham with posters calling for an end to war preparation and adherence to the peace treaties that have already been signed. - Photo: Fr Pat Cunningham

An anniversary of my ordination is an opportunity to reflect on the path priesthood has taken me. The date is March 11, the feast of Our Lady of Lourdes and World Day of Prayer for the Sick. Perhaps because of this coincidence, I have been particularly conscious of acknowledging and praying for those who have succumbed to the deadly coronavirus or fallen ill, as well as health care workers.

As a Columban working in South Korea, my mission has challenged me to be a peacemaker. My own path has led me to endorse and support the Catholic Nonviolence Initiative, a project of Pax Christi International (worldwide Catholic peace movement). I participate in that movement to promote the power of nonviolence in people’s struggle for justice and peace around the world.

Words I once saw inscribed on a banner reminding all humanity that if we refrain from violence against creation, mother nature in her wonderful generosity will provide all living beings with shelter, food, water and adequate oxygen to ensure a flourishing and a sustainable way of life for all God’s creatures, are seared deeply into my consciousness.

Paraphrasing what Martin Luther King pointed out decades ago, the choice is no longer between war and peace, or violence and nonviolence. Rather, with the cataclysmic impact of climate change, loss of biodiversity and the constant threat of nuclear war, the only choice that remains is between nonviolence and non-existence.

I am a regular visitor to what I regard as the highly significant village of Gangjeong on the island of Jeju off the southern tip of the Korean Peninsula: the unwilling host of a highly controversial naval base. Villagers from Gangjeong have consistently opposed the construction of the base since its inception in 2007 and participated in a highly organised and persistent 15-year-long protest.

I join other peacemakers outside the military base for the daily, early morning 100-bow prayer vigil. It is a plea for the life and peace of Gangjeong. Each one of the 100 bows is, fundamentally, a solemn vow and promise to engage in nonviolent resistance against the destruction of the local environment and ongoing militarisation.

It is a physically challenging ritual, involving kneeling and then leaning forward until the forehead touches the ground. Participants in this vigil hold that posture as they offer a prayer, and then rise to their feet. They repeat this 100 times. It really tests my creaking bones, but every time I have prayed with this group I feel refreshed and revitalised by the knowledge that all the participants are stubbornly declaring a resounding ‘no’ to preparation for war.

The Gangjeong community has continued to inspire me with its global awareness. While lamenting the monstrosity that is the naval base in their village, they have added their voices to calls seeking a suspension of the Rim of the Pacific Exercise (RIMPAC) in Hawaii, held biennially over a two-week period in August. These naval and missile exercises involve South Korea and, this year, 25 other countries are expected to take part. Controversially, a call has also gone out for Taiwan to join. The naval manoeuvres and explosives not only wreak a huge toll on marine life, but also ratchet up international tensions in the South China Sea.

The war games continue to grow in size, despite the many calls for their de-escalation. The United Nations Secretary General, Antonio Guterres, together with Pope Francis, has been vocal in calling for a de-escalation in military build-up and all preparation for war, especially during the coronavirus pandemic. 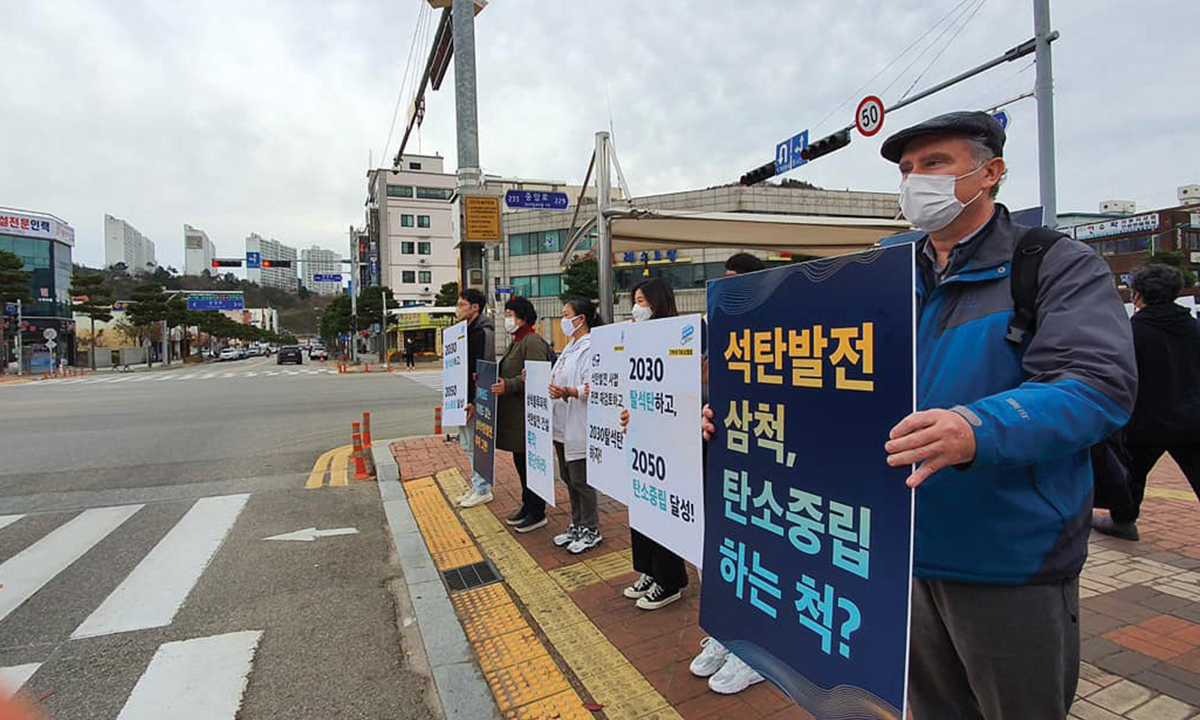 Keeping opposition to the naval base alive in the village of Gangjeong in Jujedo.  - Photo: Fr Pat Cunningham

In this year of the 72nd anniversary of the outbreak of the Korean War, people around the world are calling for a peace treaty and an immediate conclusion to the war that has never ended. The people have only a tenuous non-aggression armistice between the lands to the north and south of the Demilitarised Zone, which divides the two Koreas, to protect them from an outbreak of blazing violence.

The unstable armistice and system of division have brought great pain and suffering to the people and turned the divided peninsula into one of the most highly militarised areas of the world, while significantly propelling the international nuclear arms race.

The people of the Korean Peninsula have lived under the constant threat of war and destruction for the past 72 years, while witnessing endless military exercises. Ironically, a positive consequence of the pandemic has been a welcome reduction in tension and a scaling back of annual war exercises.

I would like to draw on a message I read recently. “The planet does not need more successful people. The planet desperately needs more peacemakers, healers, restorers, storytellers and lovers of all kinds.”

Over my years as a Columban missionary and priest, it has been my privilege to know and work with some of them. I salute them with a heartfelt, “Thank you.”

“The planet does not need more successful people. The planet desperately needs more peacemakers, healers, restorers, storytellers and lovers of all kinds.”

Listen to "Reflection - Nonviolence or non-existence?" 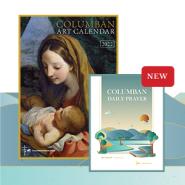