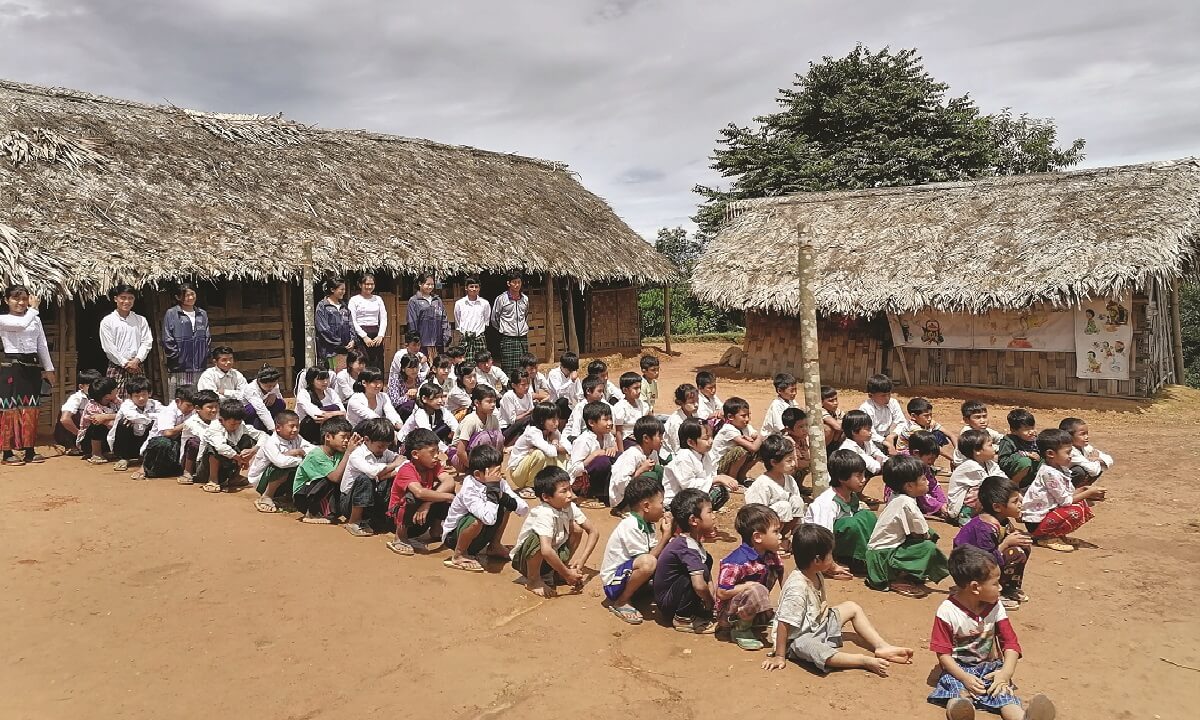 The 100-kilometre drive through picturesque country from Myitkyina, the capital of the Kachin State in the Union of Myanmar, to Bhamo, takes a traveller through a series of parishes once staffed by Columbans, each set against thickly wooded backdrops and featuring simple, yet robust brick or wooden churches.

The Columbans arrived in what was then-Burma in 1936, setting up their headquarters in Bhamo on the banks of the mighty Irrawaddy River. It was both an important British trading post and military stronghold. The 30-odd-strong Columban band moved swiftly to shore up the work done by the aging French missionaries and to expand the imprint of the Church further into the countryside.

Their time in the land of the Kachin people was to be turbulent. World War II saw the Japanese occupy the country. Post-war rebuilding required years of tremendous effort, only to be frustrated by the strong anti-foreign policies of the 1960s that eventually forced the Columbans to withdraw completely in 1979, not to return until the early 2000s, and then only in small numbers.

Strong education policies, especially institutes to train catechists opened by Australian Fr Bernie Way, and the establishment of a seminary helped the local Church to become strong. Nhkum Tang says it was because of the Columbans he was able to go to school and eventually Mandalay University. Today, he is a catechist, one of the hundreds that help the Church to grow strong and offer an effective ministry even during difficult political situations.

The Church continued to grow after the war and the area was made a diocese in 1961. Bishop John Howell then moved his headquarters from Bhamo to Myitkyina. Positioned in the north of Myanmar, the Kachin State has land borders with India to the west and, more importantly, China to the east, a line definitively drawn only in the 1960s. China had traditionally exercised considerable influence across more than half of the lands of the Kachin and the redrawn border divided the people, leaving significant numbers on both sides.

Fr Paul Lahpai Awng Dang sees this as an important dynamic in the life of the local Kachin Church, as there is a growing number of Catholics well served by a band of well-educated catechists on the Chinese side and, as members of China’s state-sanctioned Church, in comparison with their cousins in Myanmar, they live in relative peace.

Five Kachin priests have already been ordained in China and, unlike Fr Dang, do not face the enormous challenge of supporting thousands of displaced people or running boarding houses for children in the towns for the vast numbers from the hinterlands that have no other education opportunities available to them.

Fr Dang sees his primary mission as faith formation. He is also looking towards the developing Church in China as a source of support for his people in this challenge, but succeeding relies on keeping a balanced relationship among the Chinese authorities, the Kachin Independence Organisation and the Burmese military junta.

The Kachin have always understood themselves as a separate people from the majority Burmese and have traditionally resisted their political sway. The British tried to subdue the Kachin during colonial days, but after strong resistance was put up in the late 19th and early 20th centuries, declared the state an autonomous region, a recognition that remained after independence in 1948 until the military dictator, Ne Win, came to power in 1962.

A tough, athletic people, Kachins made up a significant section of the Burmese Army, but with the advent of the military junta, they withdrew to their own lands to form the Kachin Independence Army and Independence Organisation, with their stronghold bordering on China. With that, the die was cast, and they have strongly resisted any encroachment from the Burmese authorities up to this very day.

An uneasy truce more or less held until 1994, when the military usurped the right to trade the valuable jade found in the state. A second treaty lasted only until 2011, when the Burmese Army attacked, but failed to conquer the Kachin fighting group, beginning a decade of struggle displacing over 100,000 people and necessitating the creation of hundreds of refuge camps.

Thousands perished, both in jungle hideouts and at the point of the gun. Many more fled to China, India, Thailand, Laos and beyond. In the 1950s, Burma was recognised as the richest country in Southeast Asia and its capital, Rangoon (now Yangon), the most beautiful city on the continent. Thanks to Church schools, the people were among its best educated. However, the declaration of military rule and decades of deliberate administrative incompetence to keep the people poor and subservient has squandered the prosperity. Today, Myanmar is regarded universally as a failed state and among the poorest in the world.

The priests in Kachin State have always faced big challenges. The sparsely dotted population areas leave parishes with anything up to 40 Mass centres. In bygone days, Columbans and the catechists trekked through the mountainous terrain by pony. They brought the sacraments, simple medical attention and information. Today, local priests traverse the same tracks to continue the legacy of the missionaries.

In 2006, growth in the number of Catholics saw Bhamo declared a diocese in its own right, with Bishop Raymond Gam at its head. The bishop says the Columbans laid the foundations for a vibrant Church “thanks especially to good religious vocations [and] dedicated catechists.” However, the perpetual problem remains. The bishop says, “Sporadic fighting in the region restricts our movement, so we fail to respond to the needs of the people and to implement the development of the young people.”

Peter Myo Aung works as an educator in community health and drug addiction. He claims that military rule and the forcible expulsion of missionaries have negatively affected both health and education in the area. Aung praised the Columbans for giving hope to the hopeless, especially the young people addicted to drugs and alcohol, with no hope of finding work.

There was rejoicing in Myitkyina when a small team of Columbans returned; sisters, lay missionaries and priests. Made up of Irish, Filipinos, Koreans and Chileans, they are now active in Bhamo and Mandalay, as well as the city of Myitkyina.

John Zaw is a catechist in Myanmar.

Listen to "An interrupted mission"