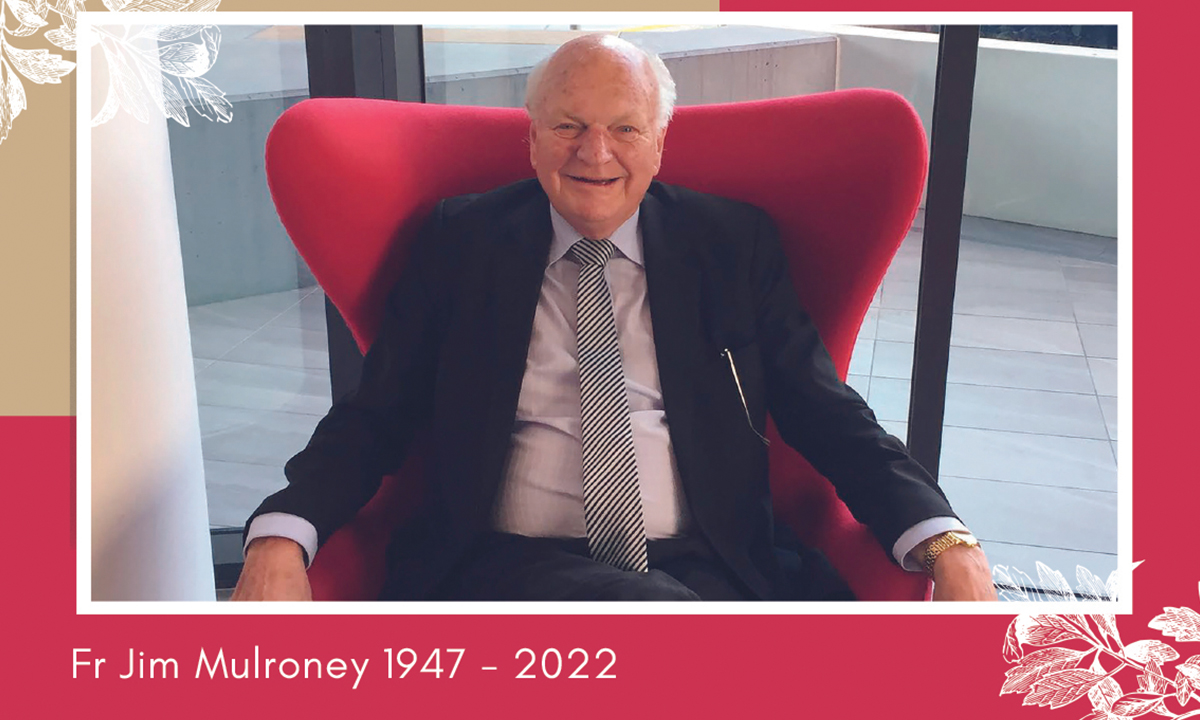 Fr Jim was educated at the Cabra Convent School in Clarence Park, Adelaide, and at St. Ignatius College, Norwood, South Australia. On completing his secondary education, he began his preparation for missionary priesthood with St Columbans Mission Society. After a Spiritual Year at Sassafras, Victoria, he moved to St. Columban’s College, Turramurra, NSW, for philosophy and theology studies. After his deaconate ordination in 1971, he spent a summer in ministry at the Santa Teresa Mission near Alice Springs, Northern Territory. Ordination to the priesthood followed on 20 May 1972. Ordained by Archbishop Matthew Beovich in the church of St Anthony of Padua, Edwardstown, South Australia, Fr Jim then exercised his priestly ministry for some time in parishes in Sydney, Alice Springs and Adelaide.

The year 1973 brought an assignment to Japan where he began language studies at the Franciscan Language School in Tokyo. On graduation he was appointed as an assistant priest to the parish of Fujisawa in the diocese of Yokohama. There, apart from parish ministry, he engaged in catechetical and youth work, ministry to Vietnamese refugees and teaching English.

After a vacation in Australia, Fr Jim returned to Japan and ministry in the Archdiocese of Osaka, at first as an assistant priest in Yakatamachi and then as pastor in the parish of Mikuni. The year 1983 brought him back to Australia and the positions of Vocations Director for the Columbans in New South Wales, Education Officer for the Sydney Archdiocese’s Missions Office and Chaplain for the PALMS Lay Mission Association.

Fr Jim occupied many positions throughout the Australian and New Zealand Region, including mission education and the promotion of The Far East Columban Mission magazine in a number of dioceses, but it was in journalism and publishing where his skills shone the brightest. In 1994 Fr Jim became the Publishing Editor of the South Pacific Journal of Mission Studies, now the Australian Journal of Mission Studies. In 2002, he took up an assignment to Hong Kong as Bursar for Columbans working in Hong Kong and China, but he was soon back doing what he most loved as Deputy Editor-in-Chief of the Hong Kong diocese’s Sunday Examiner. His vision for the weekly publication was that it be a voice for the voiceless and those on the margins of church and society, particularly in Asia. Back in Australia from August 2018, Fr Jim continued his writing and editing for The Far East and the ecumenical missiology journal Journal of Mission Studies.

On the occasion of his Golden Jubilee of priesthood in May this year, Fr Jim wrote: "The dizzy times may be over now. The lengthened days that borrowed hours from the night belong to the past, but a reservoir rich in the humanity of trust in God and faith in neighbour has truly blessed my life."

Fr Jim was an avid reader with a keen interest in cricket and Aussie Rules Football. He died on October 11, 2022, after a period in the Palliative Care Unit at the Royal Melbourne Hospital.