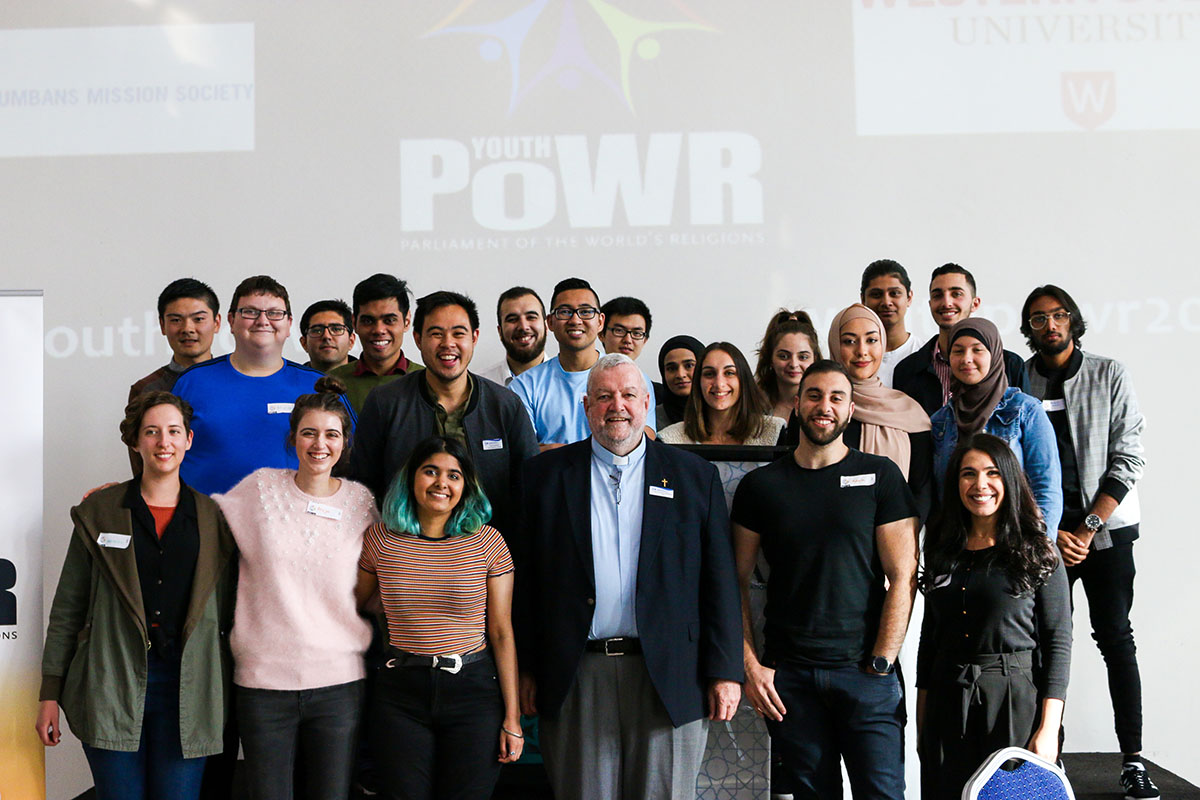 In 2015, together with my colleagues at the Columban Centre for Christian-Muslim Relations, I conceived the idea of Youth PoWR (Parliament of the World’s Religions) and gave it its name. I have been a father figure to Youth PoWR ever since. I held its hand. I taught it to walk. I mentored its Coordinating Committee. I provided for its needs. I sought funds to keep it going. I faithfully attended all its events. I rejoiced in its successes. I shared its disappointments. I have seen it grow.

Now Youth PoWR has its own offspring, The Sydney Statement. It is an interfaith charter for Sydney, a blueprint for Building Bridges Between Believers from Different Religions. Like every young thing, The Sydney Statement is energetic, bold, ambitious. It will not be confined to its birthplace but will spread its wings to the state, to Australia, and to the world.

Watching The Sydney Statement grow and take shape was fascinating.

Their answers were shared, agreed, collated and prioritised and became the raw data for The Sydney Statement.

The text of The Sydney Statement had to be inclusive. It had to represent all the young adults who had contributed to it. It had to represent all their religions, some of which do not identify as “religions”, but prefer to be called “faiths”, or “spiritualities”, or “ways of life”, or “philosophies”, so it could not use ‘religious’ language. Because not all traditions are theistic, it could not use God-language. It could not quote from the Bible or the Qur’an or any other scripture, as these are usually authoritative only for the believers from that tradition. There is great diversity between different traditions, and within them, including irreconcilable differences; and they have a range of attitudes towards other religions. The text could not take sides on any of these contested issues. How to accommodate all these traditions, while respecting and affirming the right of each to be itself, even when that was at odds with others?!

The drafters had to peel the issues back to their core, to their bare essentials, to what was agreeable to all - but without reducing them to ‘motherhood’ statements, to the lowest common denominator, to platitudes. The text had to be “edgy”, to push people out of their comfort zones to engage with others, yet not so “pushy” as to be off-putting.

The values and principles touch on major social and philosophical issues that require whole chapters, if not books, to explain fully, yet they had to be condensed into a single sentence or a single paragraph. The commitments had to encourage genuine engagement with others, without compromising the integrity and identity of any tradition.

This condensation and precision required careful attention to words - but sometimes a word meant different things to different people, and changing it might throw a whole paragraph out of balance.

Responding to all these competing concerns was a formidable but stimulating challenge. The drafters consulted the Youth PoWR Coordinating Committee and the Steering Committee at regular intervals. On occasions, they also consulted the wider Youth PoWR network and selected religious leaders and theologians. They are very grateful for all the help they received. In all, there were sixteen drafts, each one more precise, concise, accurate and polished than the one that preceded it.

The result is The Sydney Statement. I believe it is world class! But I am biased. I am the grandfather who has fondly watched it come to birth. I love its vision, its energy, its passion, its boldness. It is comprehensive, inspiring, and challenging.

I invite you to engage deeply with the values, principles and commitments of The Sydney Statement. I hope you have the same depth of conversation that we had in crafting the text. I hope that your dialogue partners will challenge you to grapple deeply with these important issues, just as the members of the Youth PoWR and Steering Committees and the other consultants did with us. If The Sydney Statement does only this, it will have done more than we could have hoped for. But it will do more, I promise. Such depth of conversation will change you, as it did us. It made us more open, more understanding, more accepting, more compassionate, and more inclusive.

Ultimately, you who engage with The Sydney Statement will fashion your own interfaith statement, one for each city and town across Australia and the world. This new generation of interfaith statements will not be written on paper or online, but in flesh and blood, the living testament of your lives as you “build bridges between believers from different religions” – and I will be the proud great grandfather of them all!!! 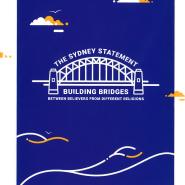