The Faith and Ecology Network (FEN) was formed in 2003 during a forum where 120 people from different religious traditions gathered at the Australian Catholic University, Strathfield campus in New South Wales, Australia. The forum was called, Wonder and the Will to Care, an initiative of the Columban PEJ Centre, and brought faith groups together for the purposes of:

The word ‘ecology’ was integral to the FEN name since members wanted to respect and learn from the world of science and environmental movements. We affirmed that ‘interconnection’ is fundamental to ecological thinking. As people of faith we equally wanted to affirm the presence of a higher power or deity hidden-revealing within the earth itself. In 2004 we established an e-group.

FEN began to host regular public forums on a common area of interest. They invited ecological scientists to introduce each topic to set a level of professionalism. The forums have provided different faith insights and responses, sharing of rituals, opportunities for discussion, learning about resources, as well as socializing.

FEN believes in the importance of people of faith speaking publicly to influence public environmental opinion.

FEN also began to contribute within larger events such as the Pre-Parliament event for the 2009 World Parliament of Religions.

FEN held Enrichment Days for its members. The first was held in 2010 at the North Head Sanctuary, Manly. In 2011, the Year of Forests, a day on forest ecology was held at Santi Forest Monastery, Bundanoon.

FEN has contributed to broader public awareness through its participation in Environmental Education seminars, radio interviews and contributions to publications and educational resources.

In 2010, the Faith and Ecology Network (FEN) became an award-winning organisation and recipient of the inaugural Eco-Award for 'Spirituality and Ecology'. FEN was recognised for its outstanding effort in championing the link between spirituality and ecology.

Read and learn more about how different faiths and religious traditions view and regard ecology with respect to their teachings and belief systems.

The following Statements issued by the Faith Ecology Network (FEN) regarding key ecological issues in today's society are a reflection of the beliefs and commitments of a coalition of religious faith traditions. We invite the members of all religions to support us to help raise awareness concerning water conservation, safe food, and climate change, and work to promote the value of life, both physical and spiritual.

These statements are useful for communications to key people and organisations. Take action today on behalf of your religious or environmental group and send any one of these Statements to your government and church leaders. Accompany the Statement with a brief cover note, with the words: 'I am concerned', and ask for a 'reply'. 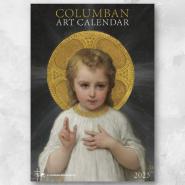