The news is out! More than ten years after footage of child slaves on cocoa farms in Cote D’Ivoire and Ghana first shocked chocolate lovers, more and more people are learning what’s really involved in their indulgent treat. Members of the Columban Mission Institute’s Centre for Peace Ecology & Justice have contributed to this awareness by running workshops on the connection between chocolate, slavery and debt. 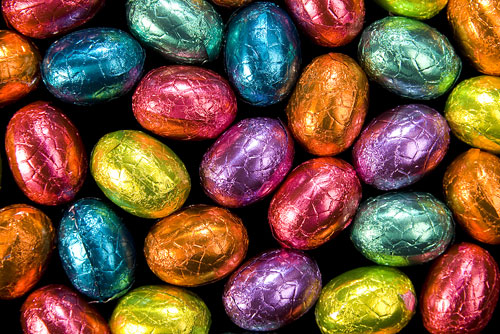 People who want to eat ethically produced chocolate are realising they can do something to make a difference. Fair Trade chocolate sales are on the rise in Australia. Cadbury have even joined the smaller companies of Cocolo and Green & Blacks in becoming part of the Fair Trade system with their Dairy Milk chocolate qualifying for the Fair Trade label.

Now you can buy Fair Trade easter eggs. The problem is getting the supermarkets to stock them. Some of us who have been out looking have discovered that, though the marketing people at head office say the products are available, they are not on the shelves of most stores. You have to hunt around.

You can join others take action by asking your local supermarkets where the Fair Trade easter eggs are. They will only continue to appear on the shelves if enough people ask and buy them.

ACRATH (Australian Religious Against The Trafficking of Humans) and the Good Shepherd Sisters are part of the Fair Trade Easter Campaign.