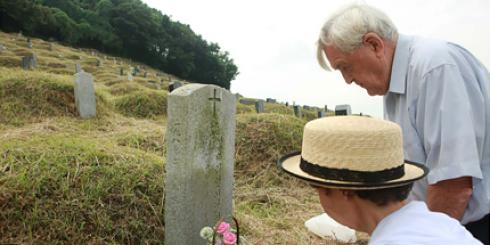 In 1933, nine Columban missionary priests on their way to China received word to go to Korea instead. The previous year, Columban Co-Founder, Bishop Edward Galvin, writing of the chaos in China, strongly advised, “I think the Society ought to look for some other field in which to work.”

Korea became the “some other field” with its own problems and its own rewards. Within five years of their arrival, Columbans were entrusted with two missions-in Kwangju and Chunchon.

The early years were dominated by harassment from the Japanese who occupied Korea. This harassment culminated during World War II when all Columbans were either escorted to gaol, placed under house arrest or deported.

At the end of the war, Korea was divided into North and South, with the Communists taking control of the North. Four years of an uneasy peace were followed by the Korean War in 1950. Columban Missionaries saw 17 years of patient effort wiped out as the Communists spread terror, ruin and death over the land. Six Columbans were martyred by the Communists and one died in prison; two survived the infamous Death March to North Korea. 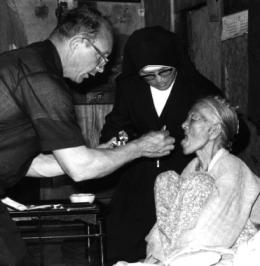 Once again, the blood of martyrs became the seed of Christians as countless thousands embraced the faith. At the same time, Columbans had to deal with a flood of hungry and homeless refugees.

In 1955, the Columban Sisters had arrived in Korea, and quickly set up clinics and eventually a hospital to care for the sick. The 60s were a time of consolidation of the phenomenal growth of the Catholic Church. Political tensions resumed in the 70s and 80s as Columbans were part of a growing Church, struggling with a military dictatorship. The Catholic Church’s stand on justice and human rights led to a renewed interest in the Church and a new wave of converts.

Over time, the original territories entrusted to the Columbans were divided into four dioceses. Each now has its own Korean bishop and priests. Urban parishes established in Seoul have been turned over to the diocesan clergy.

Today, the original goal of setting up a self-reliant local Church has been replaced by a vision to help promote a better life for the poor and those deprived of their basic human rights. Traditional parish work has given way to new ministries reaching out to the urban poor, workers, farmers, alcoholics, gamblers and the disabled.

In Korea, the vast majority of people belong to the Buddhist faith. While Catholics number only about 10.9% of the population, there is no shortage of vocations.

Columbans in Korea (South) are a group of Columban Fathers, Sisters and Lay Missionaries who give expression to their commitment to the mission of Christ through a variety of ministry work including: