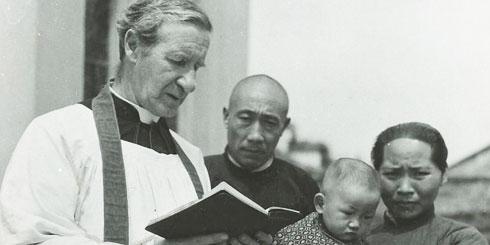 Our Society was formally founded in 1918 and takes its name from Saint Columban, Ireland's 6th century missionary to Europe. The co-founders, the young Fathers Edward Galvin and John Blowick, found others who embraced their vision and the first Columbans went to China in 1920. Within a couple of years, we had widened to the United Kingdom, United States, Australia and New Zealand, following Irish emigrants to the new world to seek support for the new missionary movement. 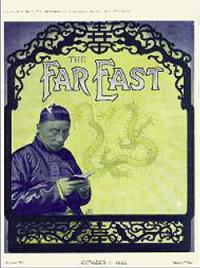 Our mission magazine, The Far East was launched in Ireland and the United Kingdom. The magazine continues to be the primary means of communication with our benefactors and supporters in those countries. The Far East magazine was also launched in the United States and Australia and is a major fundraiser for Columban Missionaries. The magazine features articles and mission news by Columban Missionaries.

Before long, it became evident that in order to minister to families in China women were needed. Francis Moloney, a young widow who wanted to serve the needy, in collaboration with Fr John Blowick, founded another branch of the Columban missionary enterprise - the Missionary Sisters of St Columban. In 1922, Francis, together with twelve companions began their training to become Columban missionary sisters. A few years later they set out for China.

At first, the vision did not extend beyond China. But Christ's command was - "Go, make disciples of all the nations" - and gradually the vision widened to the Philippines (1929), Korea (1933), Burma (1936), and Japan (1948). When mainland China was closed to missionaries in the 1950s, Columbans responded to the call of Latin America in 1951 and went to serve the poor in the new urban settlements in Peru and Chile. 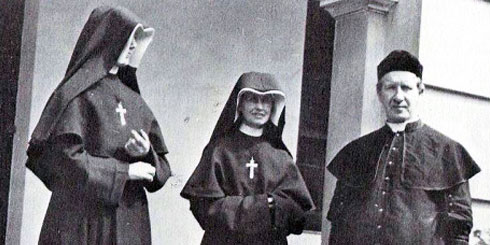 The Society also responded to the missionary needs of the Church in Fiji. As well, Columbans went to Pakistan, Taiwan, Brazil, Jamaica and Belize. Columbans returned to China and Myanmar (Burma) in the 1990s. Due to diminishing resources, we have since withdrawn from Belize, Jamaica and Brazil.

The initial vision has evolved in a number of ways. We originally drew our members from the English-speaking world, but now invite young men from the Churches to whom we have been sent to join us. In the early 1980s we invited lay missionaries to join us on mission. Columban Lay Missionaries from a variety of countries are presently working with us in 10 countries.

Since 1960, diocesan priests have joined us on mission for a limited period as Associate members. They have come from Australia, New Zealand, Ireland, Britain, Korea, Chile, Peru, Myanmar and the Philippines. There are presently Associate priests ministering in three countries.

Due in large part to the impetus of Vatican II, the Church has become more aware of her mission in and to our world. In this regard, we Columbans take a special interest in social justice, as many of those to whom we have been sent live in poverty or even misery.

More recently we have also grown in awareness of our role as stewards of the planet on which we live. We too are of the earth and, as such, we are called to enter into a harmonious and responsible relationship with the earth and all that finds sustenance for life from the earth.

As missionaries, we learn to distinguish between the essentials of our Christian faith and cultural factors that have become intertwined with the faith. From this we learn that each cultural group gradually stamps the faith with its seal, that is, it packages the faith in its own particular way. A major challenge on entering into a dialogue of faith with other people is to understand, appreciate and respect their way of seeing and doing things.

Dialogue with other religions is also challenged in a variety of circumstances. Some form of animism may be the main religion of the people to whom we are sent. Dialogue with Islam is an ever more challenging task in many parts of the world. Buddhism too is very much a religious force in a number of Asian countries where we work. Retaining our own Christian faith identity while respecting and learning from that of the other can be most rewarding.

For us, as for our founders, the Columban missionary vision has continued to grow. There are presently 321 Columban priests, 36 Columban Lay Missionaries and 10 Associate priests ministering in 16 countries around the world including Australia, New Zealand, Britain, Ireland, Fiji, China, Japan, Korea, Mexico, Myanmar (former Burma), Philippines, Taiwan, Pakistan, Chile, Peru, and the United States of America.

Columban priests work together with, Columban Sisters, Columban Lay Missionaries and lay Co-workers from a standpoint of solidarity with the poor and the integrity of creation. Solidarity with the poor means that we recognise the moral challenge of worldwide and local poverty. It means supporting the struggle of the poor for real participation and against injustice. We go in the name of the Church to announce, by deed and word, the good news of Jesus Christ.